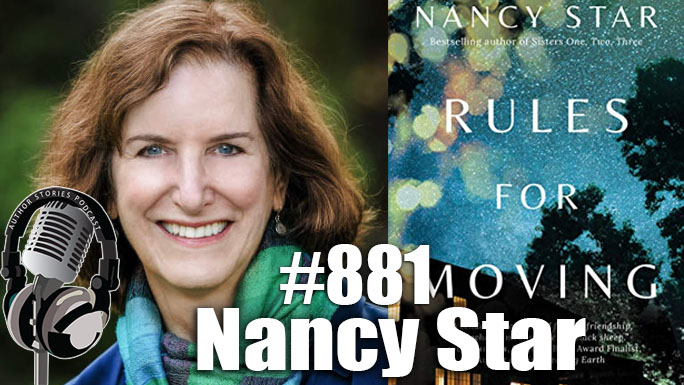 From bestselling author Nancy Star comes a deeply moving novel about the truths we hide from others and the lies we tell ourselves.

To the outside world, beloved advice columnist Lane Meckler has all the answers. What no one knows is that she also has a secret: her life is a disaster, and it’s just gotten worse. Her husband, whom she was planning to leave, has died in a freak accident. Her six-year-old son, Henry, has stopped speaking to everyone but her. Lane’s solution? Move. Growing up, that was what her family did best.

But when she and Henry pack up and leave, Lane realizes that their next home is no better, and she finally begins to ask herself some hard questions. What made her family move so often? Why has she always felt like an outsider? How can she get Henry to speak?

On a journey to help her son find his voice, Lane discovers that somewhere along the way she lost her own. If she wants to help him, she’ll need to find the courage to face the past and to speak the truth she’s been hiding from for years.

Nancy Star is the bestselling author of Sisters One, Two Three and five other novels including her latest, Rules For Moving, coming this Spring. Star’s novels have been translated into many languages, optioned for television, and chosen as Literary Guild and Mystery Guild Signature Series selections. In addition to her novels, Star’s essays have appeared in The New York Times, The Washington Post, and Family Circle, among other publications. Before turning to writing fiction full-time, Star worked for over a decade as an executive in the movie business. She now lives with her husband in New Jersey where they happily welcome visits from their grown children, grandchildren, and assorted pets. Visit her website: nancystarauthor.com and follow her on twitter: @nancystarauthor and instagram: @nancystarauthor