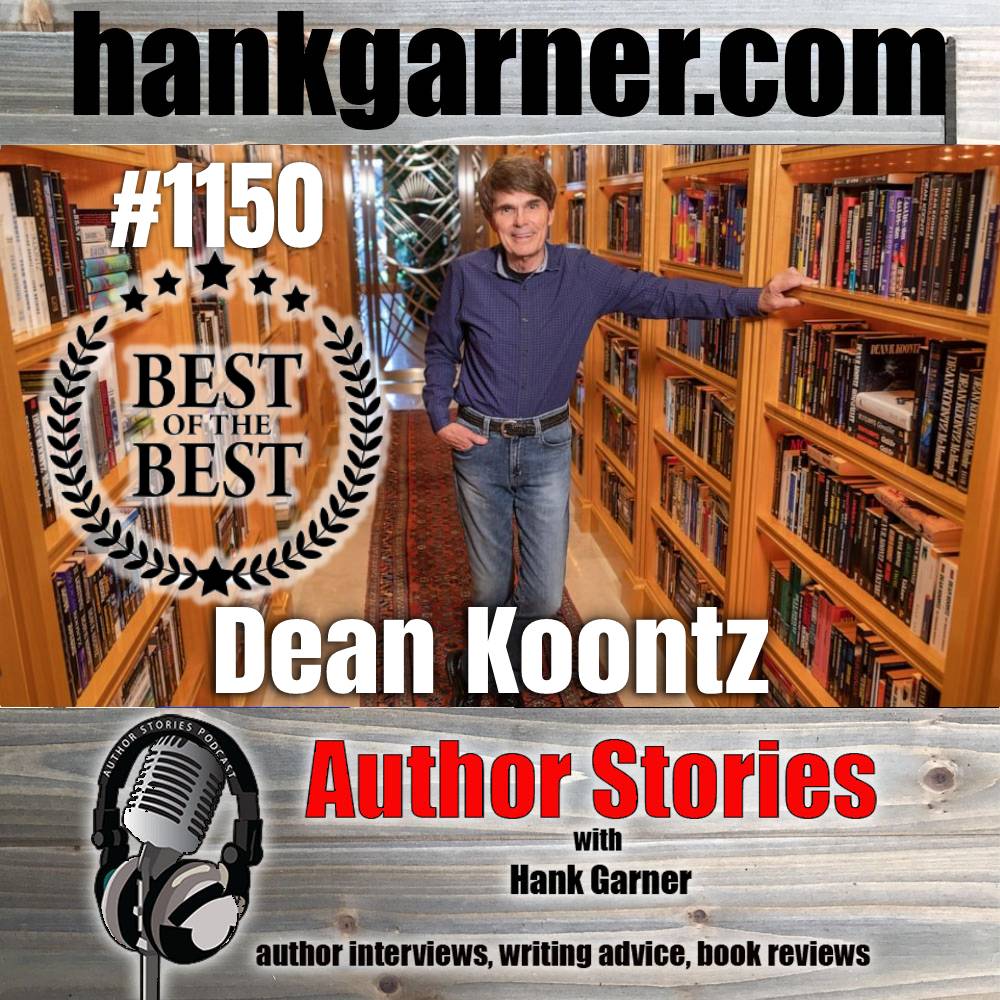 On today’s show we have a best of episode with the one and only Dean Koontz.

From Dean Koontz, the master of suspense, comes an epic thriller about a terrifying killer and the singular compassion it will take to defeat him.

“Canine or human, it is hard to find a more lovable character in fiction than Kipp. Devoted has every mark of a classic.” – Associated Press

Woody Bookman hasn’t spoken a word in his eleven years of life. Not when his father died in a freak accident. Not when his mother, Megan, tells him she loves him. For Megan, keeping her boy safe and happy is what matters. But Woody believes a monstrous evil was behind his father’s death and now threatens him and his mother. And he’s not alone in his thoughts. An ally unknown to him is listening.

A uniquely gifted dog with a heart as golden as his breed, Kipp is devoted beyond reason to people. When he hears the boy who communicates like he does, without speaking, Kipp knows he needs to find him before it’s too late.

Woody’s fearful suspicions are taking shape. A man driven by a malicious evil has set a depraved plan into motion. And he’s coming after Woody and his mother. The reasons are primal. His powers are growing. And he’s not alone. Only a force greater than evil can stop what’s coming next.

When he was a senior in college, Dean Koontz won an Atlantic Monthly fiction competition and has been writing ever since. His books are published in 38 languages and he has sold over 500 million copies to date.

Fourteen of his novels have risen to number one on the New York Times hardcover bestseller list (One Door Away From Heaven, From the Corner of His Eye, Midnight, Cold Fire, The Bad Place, Hideaway, Dragon Tears, Intensity, Sole Survivor, The Husband, Odd Hours, Relentless, What the Night Knows, and 77 Shadow Street), making him one of only a dozen writers ever to have achieved that milestone. Sixteen of his books have risen to the number one position in paperback. His books have also been major bestsellers in countries as diverse as Japan and Sweden.

The New York Times has called his writing “psychologically complex, masterly and satisfying.” The New Orleans Times-Picayune said Koontz is, “at times lyrical without ever being naive or romantic. [He creates] a grotesque world, much like that of Flannery O’Conner or Walker Percy … scary, worthwhile reading.” Rolling Stone has hailed him as “America’s most popular suspense novelist.”

Dean Koontz was born and raised in Pennsylvania. He graduated from Shippensburg State College (now Shippensburg University), and his first job after graduation was with the Appalachian Poverty Program, where he was expected to counsel and tutor underprivileged children on a one-to-one basis. His first day on the job, he discovered that the previous occupier of his position had been beaten up by the very kids he had been trying to help and had landed in the hospital for several weeks. The following year was filled with challenge but also tension, and Koontz was more highly motivated than ever to build a career as a writer. He wrote nights and weekends, which he continued to do after leaving the poverty program and going to work as an English teacher in a suburban school district outside Harrisburg. After a year and a half in that position, his wife, Gerda, made him an offer he couldn’t refuse: “I’ll support you for five years,” she said, “and if you can’t make it as a writer in that time, you’ll never make it.” By the end of those five years, Gerda had quit her job to run the business end of her husband’s writing career.

Dean Koontz lives in Southern California with his wife, Gerda, their golden retriever, Elsa, and the enduring spirit of their goldens, Trixie and Anna.