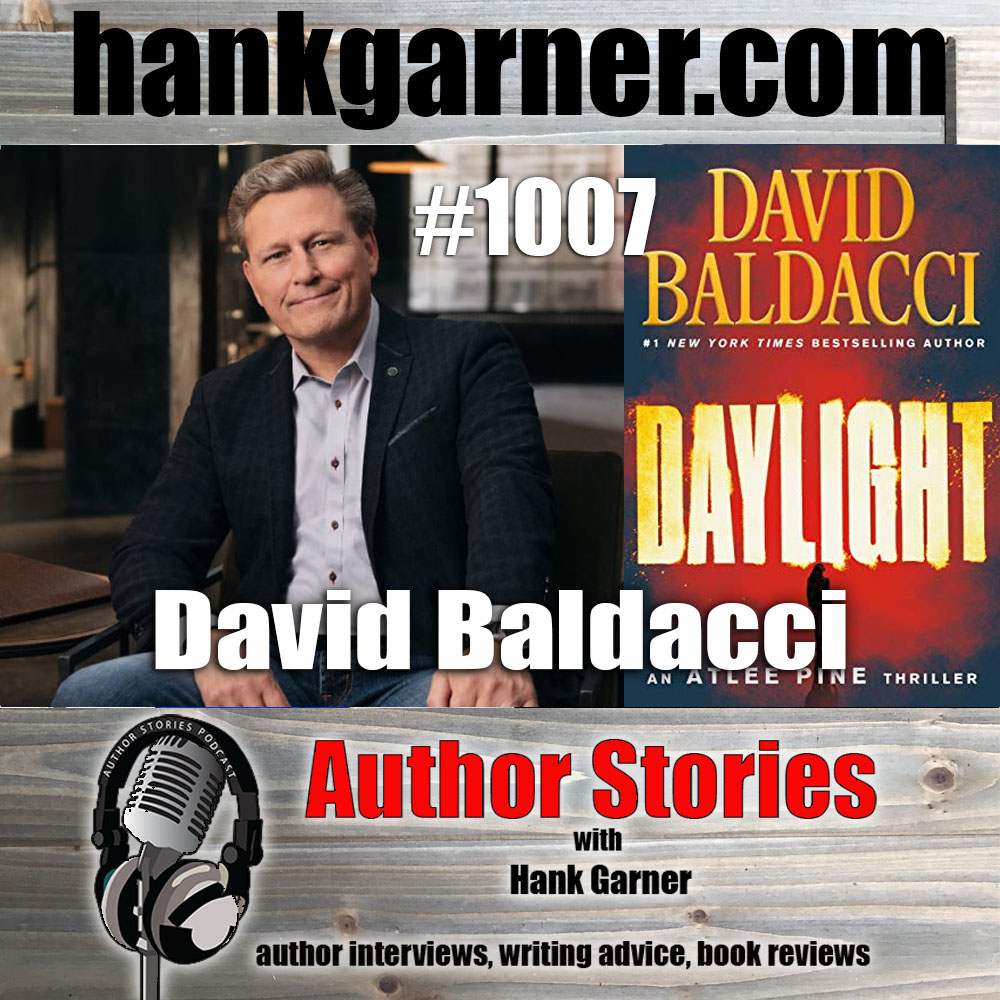 Happy Thanksgiving week! One of the authors we are most thankful for is friend of the show David Baldacci. David drops by today to talk about his new Atlee Pine thriller Daylight.

FBI Agent Atlee Pine’s search for her sister Mercy clashes with military investigator John Puller’s high-stakes case, leading them both deep into a global conspiracy — from which neither of them will escape unscathed.

For many long years, Atlee Pine was tormented by uncertainty after her twin sister, Mercy, was abducted at the age of six and never seen again. Now, just as Atlee is pressured to end her investigation into Mercy’s disappearance, she finally gets her most promising breakthrough yet: the identity of her sister’s kidnapper, Ito Vincenzo.

With time running out, Atlee and her assistant Carol Blum race to Vincenzo’s last known location in Trenton, New Jersey — and unknowingly stumble straight into John Puller’s case, blowing his arrest during a drug ring investigation involving a military installation.

Stunningly, Pine and Puller’s joint investigation uncovers a connection between Vincenzo’s family and a breathtaking scheme that strikes at the very heart of global democracy. Peeling back the layers of deceit, lies and cover-ups, Atlee finally discovers the truth about what happened to Mercy. And that truth will shock Pine to her very core.

David Baldacci has been writing since childhood, when his mother gave him a lined notebook in which to write down his stories. (Much later, when David thanked her for being the spark that ignited his writing career, she revealed that she’d given him the notebook to keep him quiet, “because every mom needs a break now and then.”)

David published his first novel, Absolute Power, in 1996. The feature film adaptation followed, with Clint Eastwood as its director and star. In total, David has published 42 novels for adults; all have been national and international bestsellers, and several have been adapted for film and television. His novels are published in over 45 languages and in more than 80 countries, with 150 million copies sold worldwide. David has also published seven novels for younger readers.

A lifelong Virginian, David received his Bachelor’s degree from Virginia Commonwealth University and his law degree from the University of Virginia School of Law, after which he practiced law in Washington, D.C.

In addition to being a prolific writer, David is a devoted philanthropist, and his greatest efforts are dedicated to his family’s Wish You Well Foundation®. Established by David and his wife, Michelle, the Wish You Well Foundation supports family and adult literacy programs in the United States. In 2008 the Foundation partnered with Feeding America to launch Feeding Body & Mind, a program to address the connection between literacy, poverty and hunger. Through Feeding Body & Mind, more than 1 million new and gently used books have been collected and distributed through food banks to families in need.

David and his family live in Virginia.