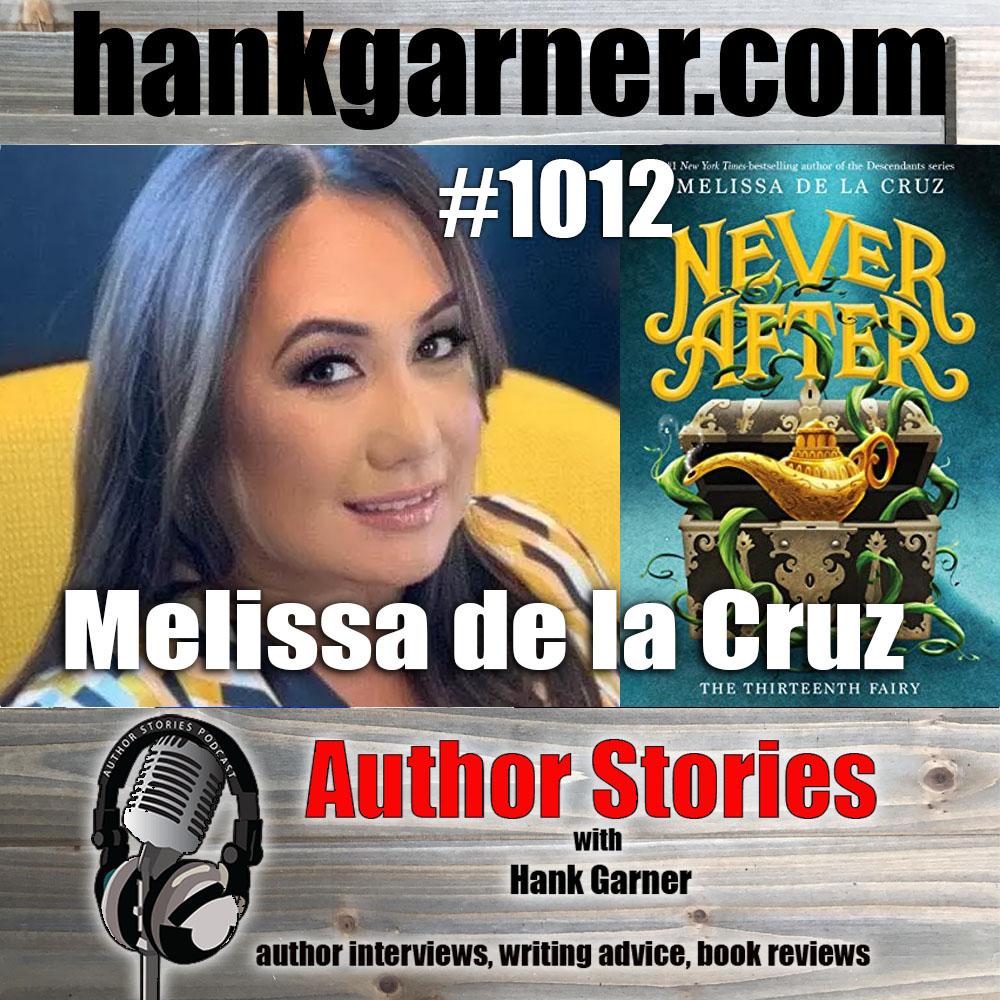 Today Melissa de la Cruz joins me to talk about her new series The Chronicles of Never After and the new book Never After: The Thirteenth Fairy.

Real life and fairy tales collide in Never After: The Thirteenth Fairy, book one in the new middle-grade Never After series from the #1 New York Times bestselling author of The Descendants series, Melissa de la Cruz.

Nothing ever happens in Filomena Jefferson-Cho’s sleepy little suburban town of North Pasadena. The sun shines every day, the grass is always a perfect green, and while her progressive school swears there’s no such thing as bullying, she still feels bummed out. But one day, when Filomena is walking home on her own, something strange happens.

Filomena is being followed by Jack Stalker, one of the heroes in the Thirteenth Fairy, a series of books she loves about a brave girl and her ragtag group of friends who save their world from an evil enchantress. She must be dreaming, or still reading a book. But Jack is insistent—he’s real, the stories are real, and Filomena must come with him at once!

Soon, Filomena is thrust into the world of evil fairies and beautiful princesses, sorcerers and slayers, where an evil queen drives her ruthless armies to destroy what is left of the Fairy tribes. To save herself and the kingdom of Westphalia, Filomena must find the truth behind the fairytales and set the world back to rights before the cycle of sleep and destruction begins once more.

De la Cruz is the author of the Blue Bloods series (with three million copies in print), among many others. Her first series for adults launched with Witches of East End, which People magazine called a “bubbling cauldron of mystery and romance.” The bestseller was followed by Serpent’s Kiss and Winds of Salem.  Lifetime Television aired a two-season drama series based on Witches of East End, starring Julia Ormond, Jenna Dewan-Tatum, Rachel Boston and Mädchen Amick. De la Cruz’s young adult spin-off of the series, Summer on East End has also been optioned for television.