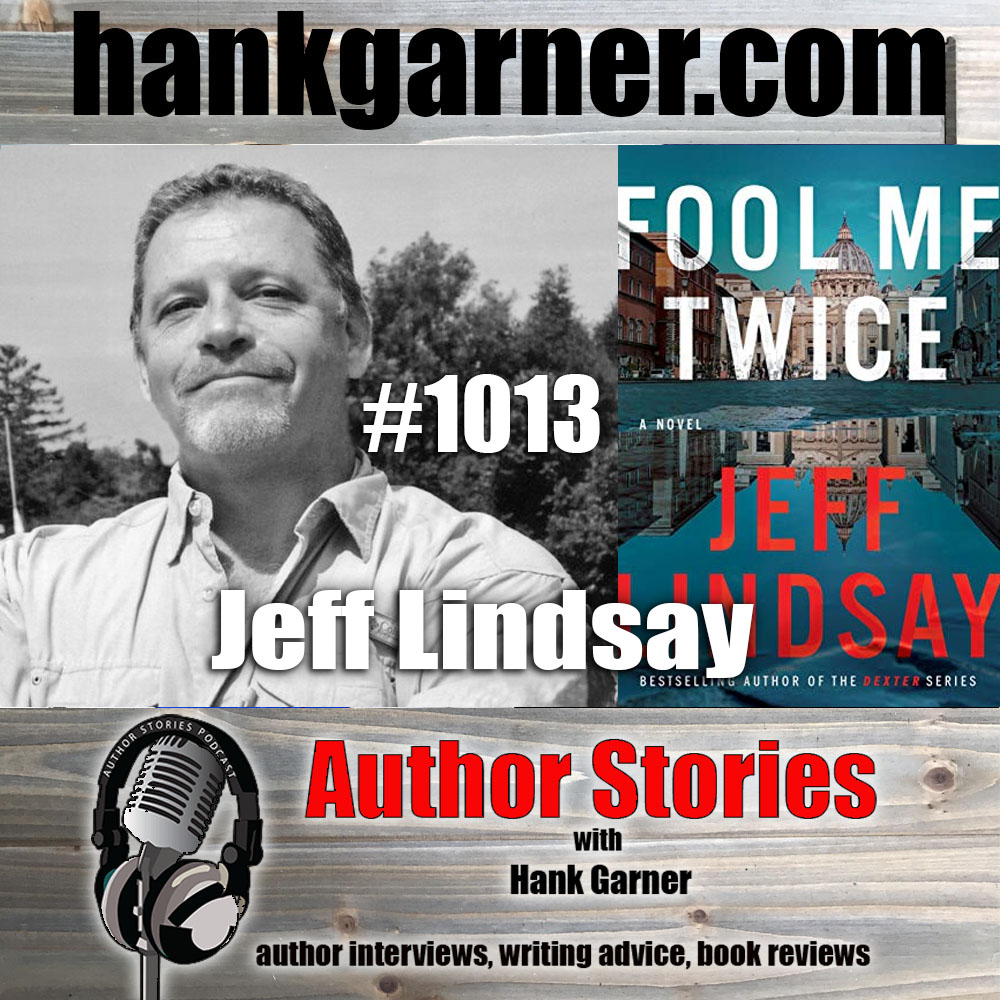 On today’s show Jeff Lindsay returns to chat about his new heist thriller Fool Me Twice, and at the end we talk about Dexter’s return to the small screen.

Pulling off an impossible crime is the only way he can stay alive.

Stealing a Faberge egg. Surviving a double cross. And pulling off the most incredible robbery ever, for the world’s most demanding—and dangerous collector.

This will be the challenge of thief extraordinaire Riley Wolfe’s life.

Fool Me Twice opens in St. Petersburg, where Riley steals the egg—no easy task. Betrayed by the pilot he hired to help him get away, he wakes chained to a rock wall on one of the Kerguelen Islands—the most remote spot on earth—prisoner of a top-dog international arms dealer, and a top-notch art collector. He wants Riley to steal an artwork. Small problem–it’s a fresco, “The Liberation of St. Peter.” Slightly larger problem–it’s in the Vatican.

And, it’s a literal wall.

Riley has no choice: agree or die. But when his captor turns him loose, he’s grabbed by another arms dealer looking to do a double cross. Worse, he gives Riley a special incentive: a surveillance photograph of Monique, the love of his life, and more important, the art forger he can’t pull off any heist without. The threat is clear. Riley knows they both have only one way out.

Jeff Lindsay is the author of the Riley Wolfe novels, and the New York Times bestselling author of the Dexter novels, which debuted in 2004 with Darkly Dreaming Dexter.