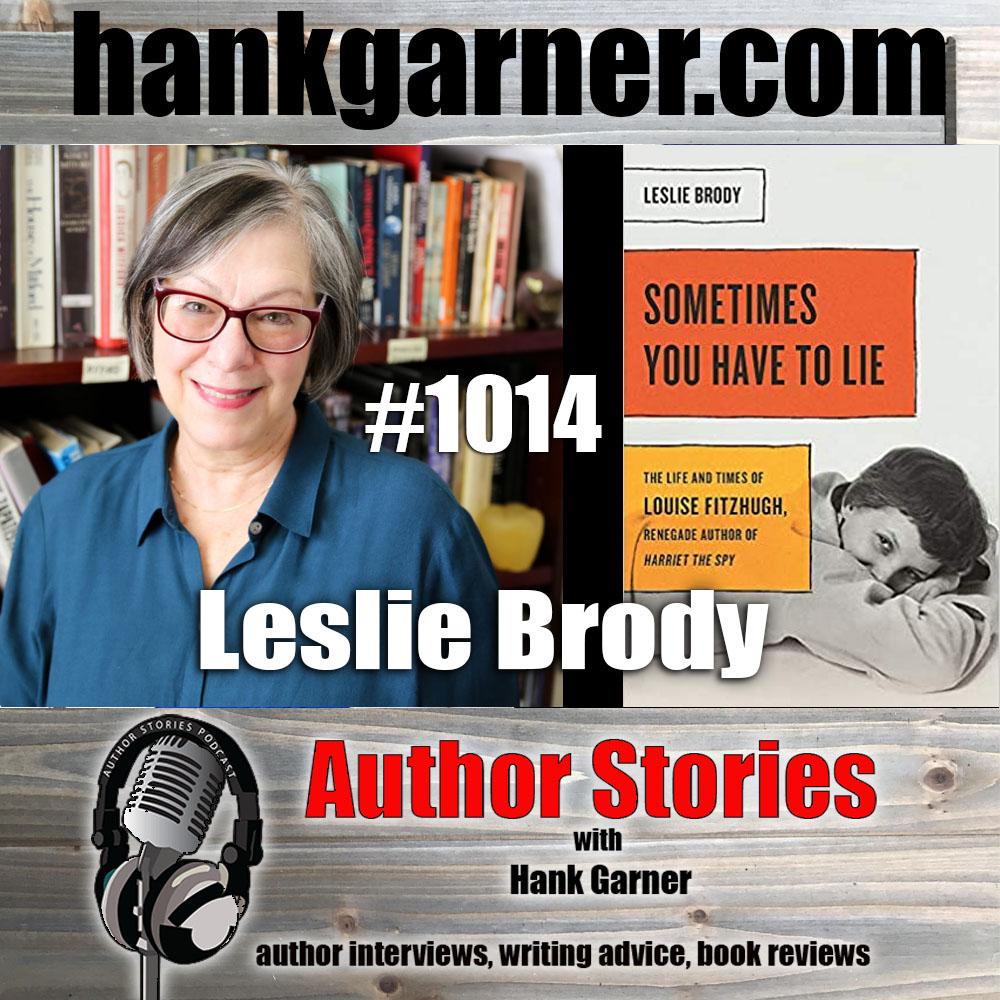 Today’s author interview guest is Leslie Brody, author of Sometimes You Have To Lie.

In this inspiring biography, discover the true story of Harriet the Spy author Louise Fitzhugh — and learn about the woman behind one of literature’s most beloved heroines.
Harriet the Spy, first published in 1964, has mesmerized generations of readers and launched a million diarists. Its beloved antiheroine, Harriet, is erratic, unsentimental, and endearing-very much like the woman who created her, Louise Fitzhugh.
Born in 1928, Fitzhugh was raised in segregated Memphis, but she soon escaped her cloistered world and headed for New York, where her expanded milieu stretched from the lesbian bars of Greenwich Village to the art world of postwar Europe, and her circle of friends included members of the avant-garde like Maurice Sendak and Lorraine Hansberry. Fitzhugh’s novels, written in an era of political defiance, are full of resistance: to authority, to conformity, and even — radically, for a children’s author — to make-believe.
As a children’s author and a lesbian, Fitzhugh was often pressured to disguise her true nature. Sometimes You Have to Lie tells the story of her hidden life and of the creation of her masterpiece, which remains long after her death as a testament to the complicated relationship between truth, secrecy, and individualism.

Leslie Brody is a creative writing professor and well-regarded biographer known for revealing the stories of delightfully complicated feminists in modern history. The San Francisco Chronicle praised Irrepressible (Counterpoint Press, 2010)—her biography of Jessica Mitford—saying, “Brody has made the world a better place by telling her saga so skillfully.” And Maya Angelou stated, “Leslie Brody reintroduced me to a friend I loved so dearly; told me stories about events I did not participate in, and it makes me jealous. Thank you for the book.” Her new book, Sometimes You Have to Lie, is the biography of Louise Fitzhugh, author of the groundbreaking children’s novel, Harriet the Spy. Brody reveals Louise Fitzhugh was every bit as complex, radical, and trailblazing as her beloved heroine.

Born in the Bronx, Brody left home at the age of 17 to become an underground press reporter in Berkeley, CA. After graduating from San Francisco State University, she became immersed in the theater and served as a playwright-in-residence at various theaters in San Francisco and Minneapolis, as well as a librettist for new work associated with both the Minnesota Opera and the Philadelphia Opera. She then returned to journalism, first as a contributing book editor for the Hungry Mind Review and then as a book columnist for Elle magazine.

In addition to her works of biography, Leslie Brody has written a memoir, Red Star Sister (Hungry Mind Press, 1998), which received the PEN Center USA West Award; and co-authored a book of essays with Gary Amdahl, entitled A Motel of the Mind (Philos Press, 2002).

She has held International Writing Fellowships at Hawthornden in Scotland (2004) and the Camargo Foundation (2005) in France. In the U.S. she’s been an artist-in-residence/fellow at the McDowell Colony, Centrum, Yaddo, Red Cinder Colony, Ragdale and the Virginia Center for the Arts. She received her MA and Ph.D. from the University of Connecticut. Since 1998, she has taught Creative Nonfiction in the Creative Writing Department at the University of Redlands.