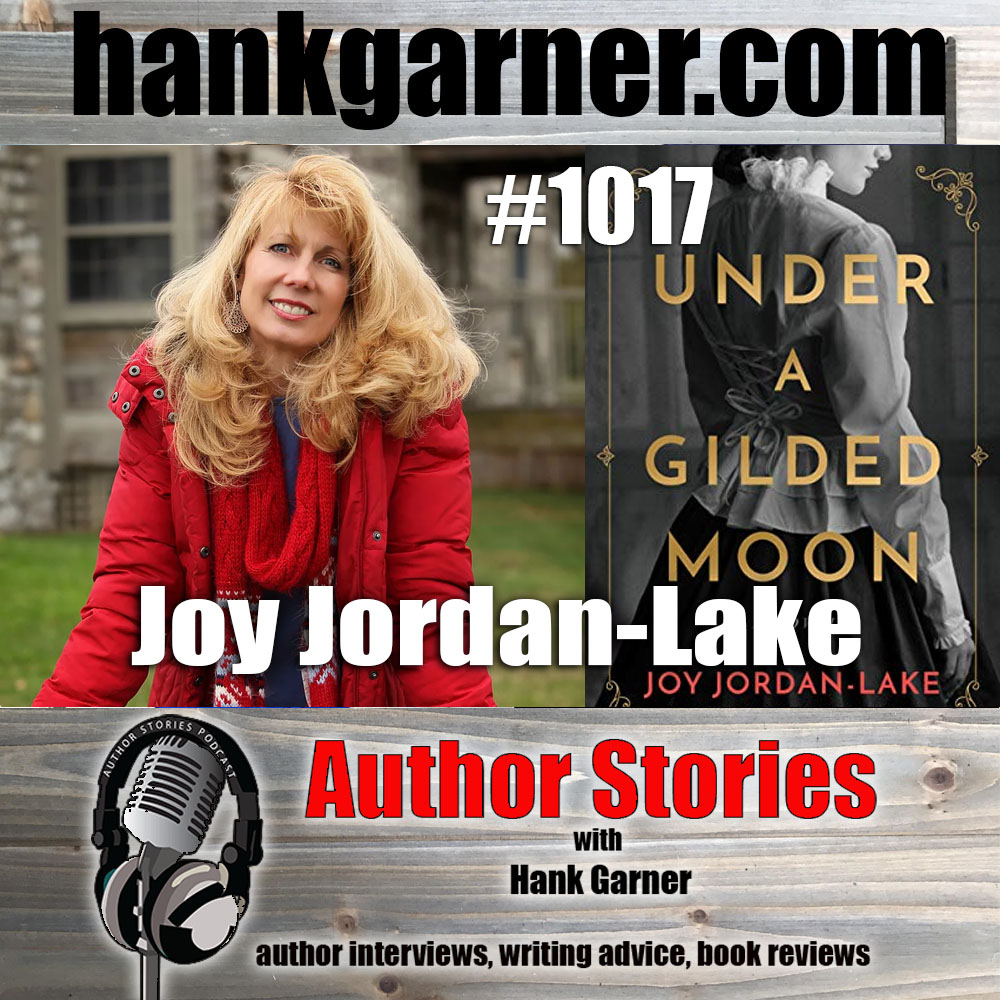 Today’s author interview guest is Joy Jordan-Lake, author of Under a Gilded Moon.

“Crawdads meets the Crawleys…Threaded through with a meticulously researched, well-crafted mystery, this is historical fiction at its best.” —Fiona Davis, nationally bestselling author of The Lions of Fifth Avenue

From the bestselling author of A Tangled Mercy comes an enthralling novel of secrets, a tumultuous war of ideas, and murder as classes collide in the shadow of Biltmore House.

Biltmore House, a palatial mansion being built by the Vanderbilts, American “royalty,” is in its final stages of construction in North Carolina. The country’s grandest example of privilege, it symbolizes the aspirations of its owner and the dreams of a girl, just as driven, who lives in its shadow.

Kerry MacGregor’s future is derailed when, after two years in college in New York City, family obligations call her home to the beautiful Appalachians. She is determined to distance herself from the opulence she sees rising in the Blue Ridge Mountains, however close its reach. Her family’s land is among the last pieces required to complete the Biltmore Estate. But something more powerful than an ambitious Vanderbilt heir could change Kerry’s fate as, one by one, more outsiders descend on the changing landscape—a fugitive from Sicily, a reporter chasing a groundbreaking story, a debutante tainted by scandal, and a conservationist prepared to put anyone at risk to stoke the resentment of the locals.

As Kerry finds herself caught in a war between wealth and poverty, innocence and corruption, she must navigate not only her own pride and desperation to survive but also the temptations of fortune and the men who control it.

Joy Jordan-Lake is the bestselling author of eight books, including the #1 Amazon Bestseller A Tangled Mercy and Blue Hole Back Home, which won the Christy Award in 2009 for Best First Novel. Her latest novel Under a Gilded Moon was released on 12.01.20.
​
She holds a PhD in English Literature, founded a food pantry in New England for women and families experiencing homelessness, and has taught literature and writing at several universities.

Jordan-Lake lives outside of Nashville with her husband and three children.