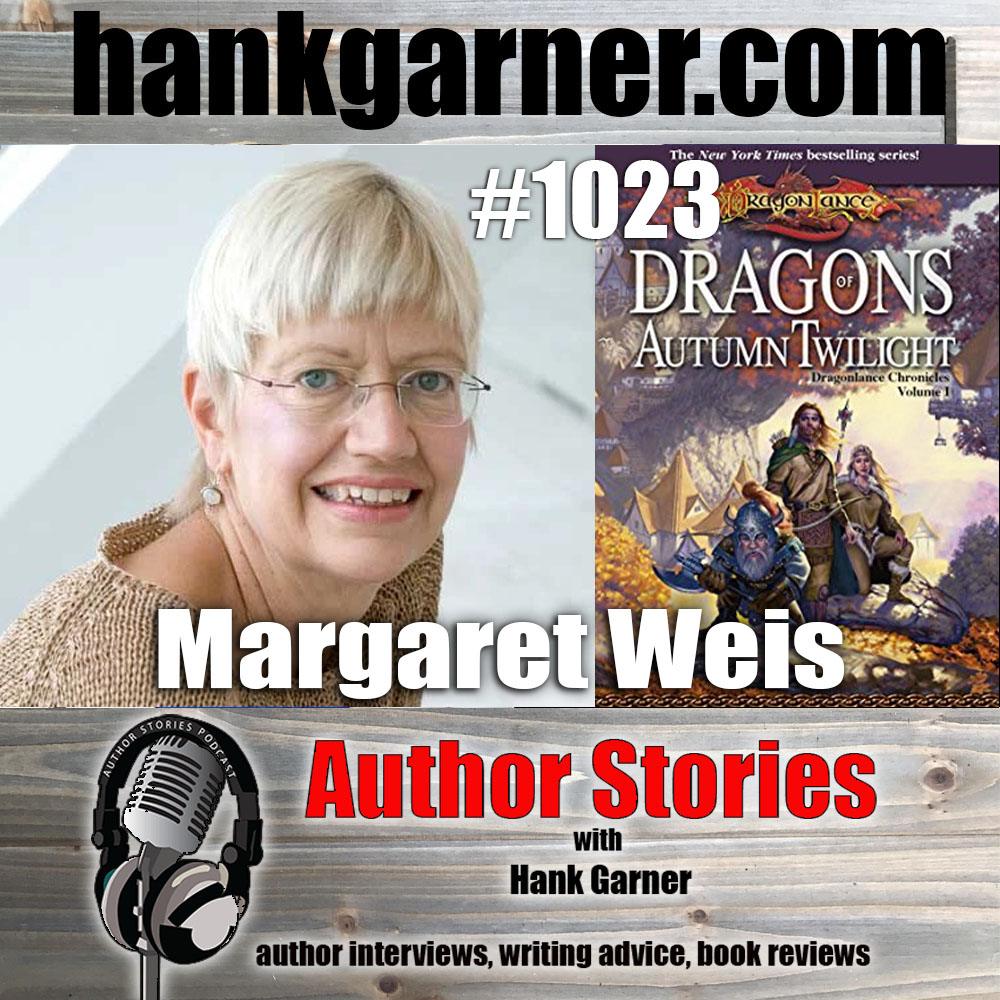 Today we bring you another best of from our archives with a fantastic interview with Margaret Weis author of the classic DragonLance series..

Dragonlance Chronicles is the first series set in the world of Krynn written by Margaret Weis and Tracy Hickman. Once merely creatures of legend, the dragons have returned to Krynn. But with their arrival comes the departure of the old gods—and all healing magic. As war threatens to engulf the land, lifelong friends reunite for an adventure that will change their lives and shape their world forever.

Margaret Weis was born and raised in Independence, Missouri. She attended the University of Missouri, Columbia, graduating in 1970 with a BA degree in Literature and Creative Writing. In 1983, she moved to Lake Geneva, Wisconsin, to take a job as book editor at TSR, Inc., producers of the DUNGEONS & DRAGONS® role-playing game.

At TSR, Weis became part of the DRAGONLANCE® design team. Created by Tracy Hickman, the Dragonlance world has continued to intrigue fans of both the novel and the game for generations. Hickman and Weis wrote the first of many fantasy novels, the DRAGONLANCE CHRONICLES, which are still in print after almost thirty years. The books have sold over twenty-five million copies worldwide.

Weis is the author/co-author of several other New York Times best-selling series, including DARKSWORD, ROSE OF THE PROHET, STAR OF THE GUARDIANS, THE DEATHGATE CYCLE, and DRAGONSHIPS. Weis and her daughter, Lizz, have written two paranormal romance novels, WARRIOR ANGEL and REBEL ANGEL, published by Daw. Her newest world is written with co-author, Robert Krammes – The Dragon Brigade. SPYMASTER, is the first volume in the new series, Dragon Corsairs, which just published on March 21, 2017.

Wisconsin is home where Weis lives with four dogs, Dixie, Joey the Thug, Clancy the Hooligan, and Tika (currently in flyball training). They all enjoy competing in tournaments with their team, the Barkbarians.