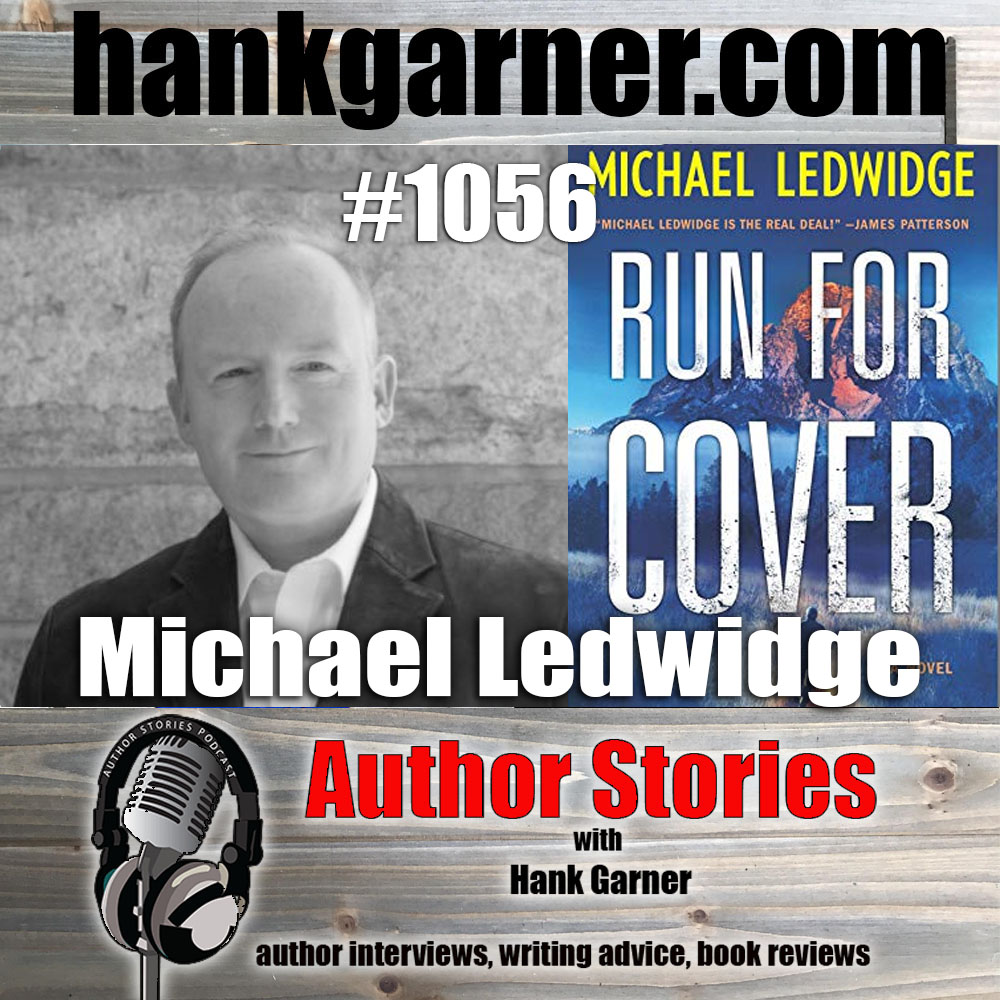 Today Michael Ledwidge returns to talk about his new book Run For Cover.

“I’ve said this before, and I’ll keep saying it – Michael Ledwidge is the real deal! You’ll thank me for getting you to read Run for Cover. I read it in a day. Great characters, great storytelling, great Ledwidge.” -James Patterson

The next installment in the pulse-pounding Gannon series, featuring murder, intrigue and a deadly new mystery that may just be his last…

Fresh from a lethal entanglement with some of the deepest and darkest players in the global intelligence services, Michael Gannon heads to the safest place he can think of: deep in the wilds of Utah on the ranch of one of his oldest and closest war buddies.

But when his friend’s brother is found dead in the rocky foothills of Grand Teton, Gannon realizes there are some things more important than keeping your head down. Is his death just one in a string of grisly murders mysteriously occurring around national parks—or a part of something even more sinister?

Flushed from cover, Gannon soon finds himself teamed up with tenacious FBI agent Kit Hagen on the trail of a dangerous mystery and a head-on collision course with a ruthless killer whose skills at war are as deadly as they come.

Michael Ledwidge sold his first novel, The Narrowback, at the age of 26.

He wrote 14 bestselling novels with the world’s best selling author, James Patterson. The Michael Bennett series he co -created is the highest selling NYC detective series of all time.

Born and raised in New York City, Ledwidge has worked as a Park Avenue doorman and a Manhattan outdoor telephone technician where he participated in the Ground Zero recovery efforts after the 9/11 terrorist attacks.

Married with three children, he currently lives in Connecticut.

To find out about upcoming Michael Ledwidge thrillers go to www.michaelledwidge.com