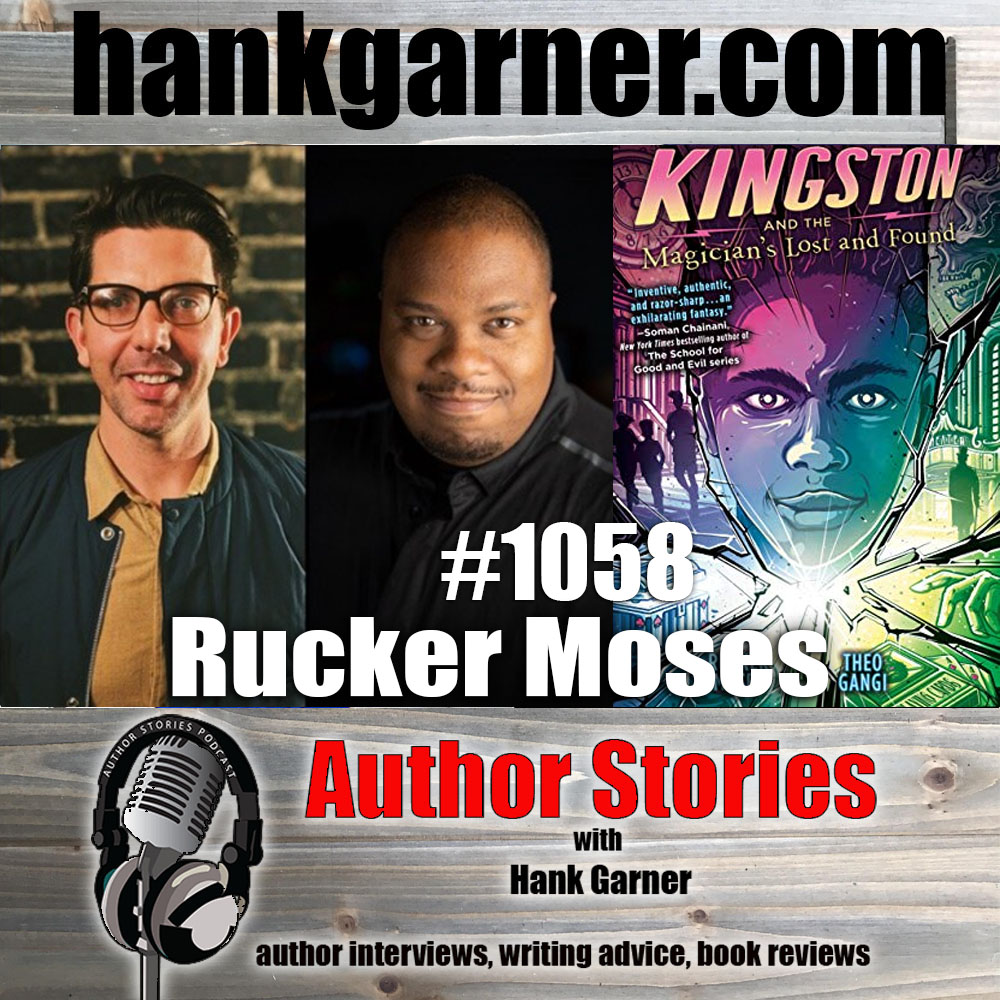 On today’s show, writing duo Rucker Moses (Craig S. Phillips and Harold Hayes Jr.) join me to talk about their new book Kingston and the Magician’s Lost and Found.

Magic has all but disappeared in Brooklyn, but one tenacious young magician is determined to bring it back in this exciting middle grade mystery.

Twelve-year-old Kingston has just moved from the suburbs back to Echo City, Brooklyn—the last place his father was seen alive. Kingston’s father was King Preston, one of the world’s greatest magicians. Until one trick went wrong and he disappeared. Now that Kingston is back in Echo City, he’s determined to find his father.

Somehow, though, when his father disappeared, he took all of Echo City’s magic with him. Now Echo City—a ghost of its past—is living up to its name. With no magic left, the magicians have packed up and left town and those who’ve stayed behind don’t look too kindly on any who reminds them of what they once had.

When Kingston finds a magic box his father left behind as a clue, Kingston knows there’s more to his father’s disappearance than meets the eye. He’ll have to keep it a secret—that is, until he can restore magic to Echo City. With his cousin Veronica and childhood friend Too Tall Eddie, Kingston works to solve the clues, but one wrong move and his father might not be the only one who goes missing.

Rucker Moses is the pen name of Craig S. Phillips and Harold Hayes Jr.
They both hail from Atlanta and started telling stories together at the University of Georgia. Together, they’ve been nominated for three Emmys for writing in a children’s program and have written for TV shows based on books by R. L. Stine and Christopher Pike.

They also make virtual reality experiences and own a production company named SunnyBoy Entertainment. In no particular order, their favorite things to write about are ninjas, magic, space, and abandoned amusement parks. When not doing all that, they are hanging with their wonderful families at home in Los Angeles.