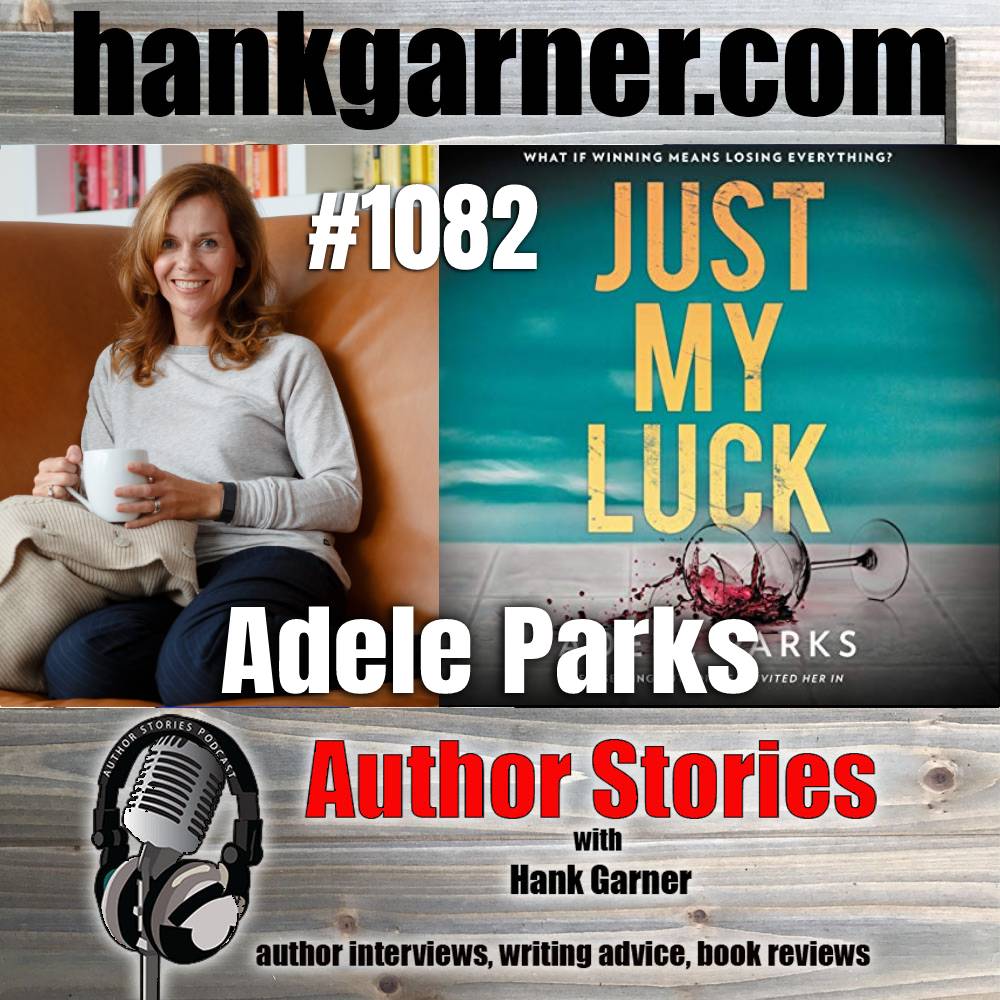 It was supposed to be the lottery win they’d always dreamed of….

For 15 years, Lexi and Jake have played the same six numbers with their friends. Over drinks, dinner parties and summer barbecues, the three couples have discussed the important stuff – kids, marriages, careers – and they’ve laughed off their disappointment when they failed to win anything.

But then the unthinkable happens. There’s a rift in the group. Someone is caught in a lie. And soon after, six numbers come up that change everything forever.

Lexi and Jake have a ticket worth millions. And their friends are determined to claim a share.

Number-one Sunday Times best-selling author Adele Parks returns with a riveting look at the dark side of wealth in this gripping tale of friendship, money, betrayal, and good luck gone bad….

I was born in Teesside, NE England. Since graduating from Leicester University, where I studied English Language and Literature, I’ve worked in advertising and as a management consultant. In 2010 I was proud to be awarded an honorary doctorate of Letters from Teesside University.

I’ve always dreamed of being a writer and my first novel – Playing Away – was published in 2000; that year the Evening Standard identified me as one of London’s ‘Twenty Faces to Watch’, which was very nice of them!

I like to keep busy and am pretty flattered when I’m described as one of the most-loved and biggest-selling women’s fiction writers in the UK, (who wouldn’t like that?!) 4 million copies of my UK editions have been sold and I’m translated into more than 30 different languages. I’ve published twenty bestselling novels in twenty years, including the number 1 bestsellers Lies Lies Lies and Just My Luck. I have written 18 contemporary novels and two historical ones, Spare Brides and If You Go Away, set during and after WW1. All my novels examines issues that are important to us all. I like to scrutinize our concepts of family, our theories on love, parenting and fidelity with (I hope) honesty and humour. Whatever period I set my novels I’m known for examining the thorny issues of the lives people lead with my trademark, up-front, tell-it-as-it-is style.

I write numerous articles and short stories for national magazines and newspapers and often appear on radio and TV talking about my work and related matters. You know, basically a talking head. This works well for me as I’m very chatty and fairly opinionated. I think it’s true to say once I get going, it’s quite hard to shut me up.

I passionately believe that reading is a basic right. I’m a proud Ambassador for the National Literacy Trust and The Reading Agency’s Six Book Challenge, a scheme that encourages emerging adult readers who are becoming passionate about books. In 2008 I wrote a Quick Read, Happy Families as part of the celebrations of World Book Day, which went on to win Quick Read Learners’ Favourite Award, as voted for by the public.

I am a judge for the Costa Book Awards and The British Book Awards which is a great privilege and an amazing experience. During my career I’ve lived in Italy, Botswana and London. Now I live happily in Guildford, Surrey with my husband, teenage son and cat. I guess, that’s it, so far…