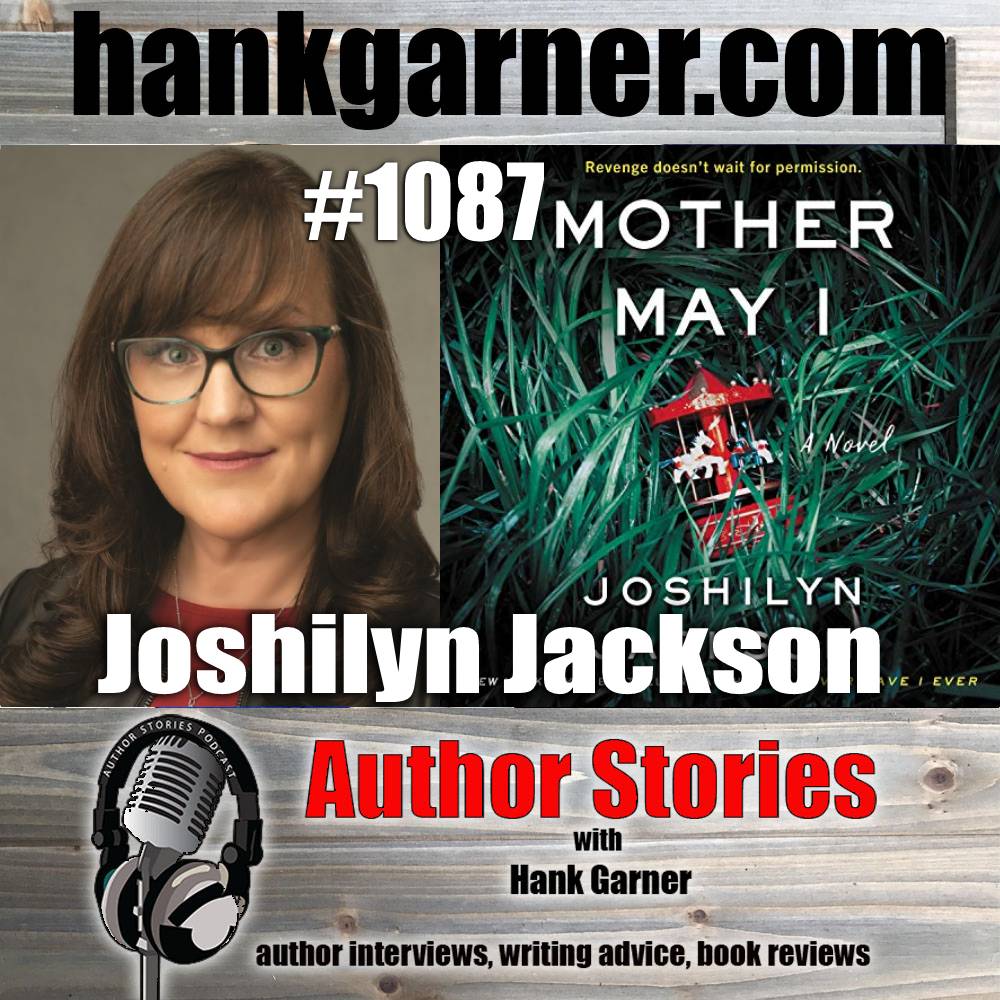 Today I am happy to welcome back Joshilyn Jackson to talk about her new book Mother May I.

“Chilling, thought-provoking, and hauntingly written, Mother May I kept me on the edge of my seat with its breathless race against time.” — Megan Miranda, New York Times bestselling author of The Girl from Widow Hills

Named a Best and Most Anticipated Book by Buzzfeed • Parade • Country Living • Atlanta Journal-Constitution • The Nerd Daily • She Reads • BookBub • and more!

The New York Times bestselling author of the critically acclaimed Never Have I Ever returns with an even more addictive novel of domestic suspense in which a mother must decide how far she is willing to go to protect her child and the life she loves—an unforgettable tale of power, privilege, lies, revenge, and the choices we make, ones that transform our lives in unforeseen ways.

Growing up poor in rural Georgia, Bree Cabbat was warned that the world was a dark and scary place. Bree rejected that fearful outlook, and life has proved her right. Having married into a family with wealth, power, and connections, Bree now has all a woman could ever dream of.

Until the day she awakens and sees someone peering into her bedroom window—an old gray-haired woman dressed all in black who vanishes as quickly as she appears. It must be a play of the early morning light or the remnant of a waking dream, Bree tells herself, shaking off the bad feeling that overcomes her.

Later that day though, she spies the old woman again, in the parking lot of her daugh­ters’ private school . . . just minutes before Bree’s infant son, asleep in his car seat only a few feet away, vanishes. It happened so quickly—Bree looked away only for a second. There is a note left in his place, warning her that she is being is being watched; if she wants her baby back, she must not call the police or deviate in any way from the instructions that will follow.

The mysterious woman makes contact, and Bree learns she, too, is a mother. Why would another mother do this? What does she want? And why has she targeted Bree? Of course Bree will pay anything, do anything. It’s her child.

To get her baby back, Bree must complete one small—but critical—task. It seems harmless enough, but her action comes with a devastating price.

Bree will do whatever it takes to protect her family—but what if the cost tears their world apart?

New York Times and USA Today bestselling novelist Joshilyn Jackson’s latest book, Mother May I, is available for pre-order now wherever books are sold. You can check out her previous nine novels and other writing here. Joshilyn’s books have been translated into a dozen languages, have won SIBA’s Novel of the Year award, have three times been the #1 Book Sense Pick, have twice won Georgia Author of the Year awards, have three times been shortlisted for the Townsend Prize for Fiction, and have been a finalist for the Willie Morris Award for Southern Fiction.

A former actor, Jackson reads the audio versions of both her own novels and other writers’ books. Her work in this field has been nominated for the Audie Award, included on AudioFile Magazine’s best of the year list, won three Earphones Awards, made the 2012 Audible All-Star list for highest listener ranks/reviews, and garnered three Listen Up Awards from Publishers Weekly.

She serves on the board of Reforming Arts, a nonprofit that runs education-in-prison and reentry programs. Reforming Arts fosters critical and creative thinking skills, encouraging students to build livable lives both during and post-incarceration. Through this organization, Joshilyn has taught creative writing, composition, and literature inside Georgia’s maximum security facility for women.

Joshilyn lives in Decatur, Georgia, with her family, two entitled cats, and a modestly-sized dog.