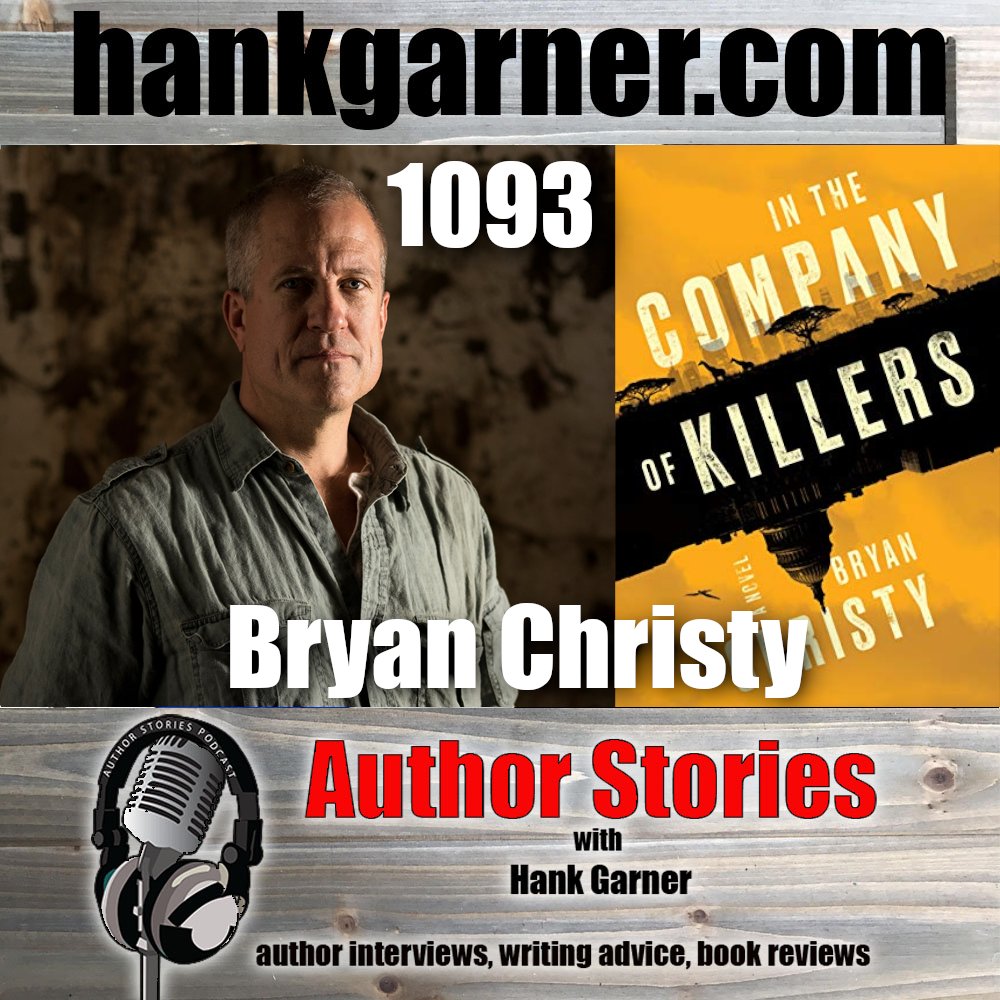 Today’s author interview guest is Bryan Christy, author of In the Company of Killers.

In this intricate and propulsive thriller–from National Geographic‘s founder of Special Investigations–Tom Klay an investigative reporter leading a double life as a CIA spy, discovers that he has been weaponized in a global game of espionage pitting him against one of the world’s most ruthless men.

Tom Klay is a celebrated investigative wildlife reporter for the esteemed magazine The Sovereign. But Klay is not just a journalist. His reporting is cover for an even more dangerous job: CIA agent. Klay’s press credentials make him a perfect spy–able to travel the globe, engage both politicians and warlords, and openly record what he sees. When he needs help, the Agency provides it to him, and asks little in return. But while on assignment in Kenya, Klay is attacked and his closest friend is murdered. Soon Klay’s carefully constructed double life unravels as his ambition turns to revenge.

The CIA has an answer. Klay is offered a devil’s bargain to capture the man who killed his friend by infiltrating the offices of the woman he once loved, South Africa’s special prosecutor, Hungry Khoza. But Klay soon discovers that he and Hungry are part of a larger, more lethal game–one that involves a ruthless mercenary and a global superpower. The deeper he digs, the more Klay realizes that everything he thought he knew about his work may have been a lie, and his sworn enemy may be his only ally. In this riveting, timely thriller, the lines between good and evil blur, and absolutely nothing is as it seems.

Author Bryan Christy’s debut novel In the Company of Killers has been hailed as “an exceptional adventure thriller” (Publisher’s Weekly). He is the founder of Special Investigations at National Geographic and a National Geographic Society “Rolex Explorer of the Year.” Before turning to the novel, he worked as a mortician’s apprentice in his family’s funeral home, an international trade lawyer, a CPA, a NASCAR team consultant, a whitewater kayak instructor, and a television correspondent. He is the author of the non-fiction book The Lizard King currently in production with A24 Films.