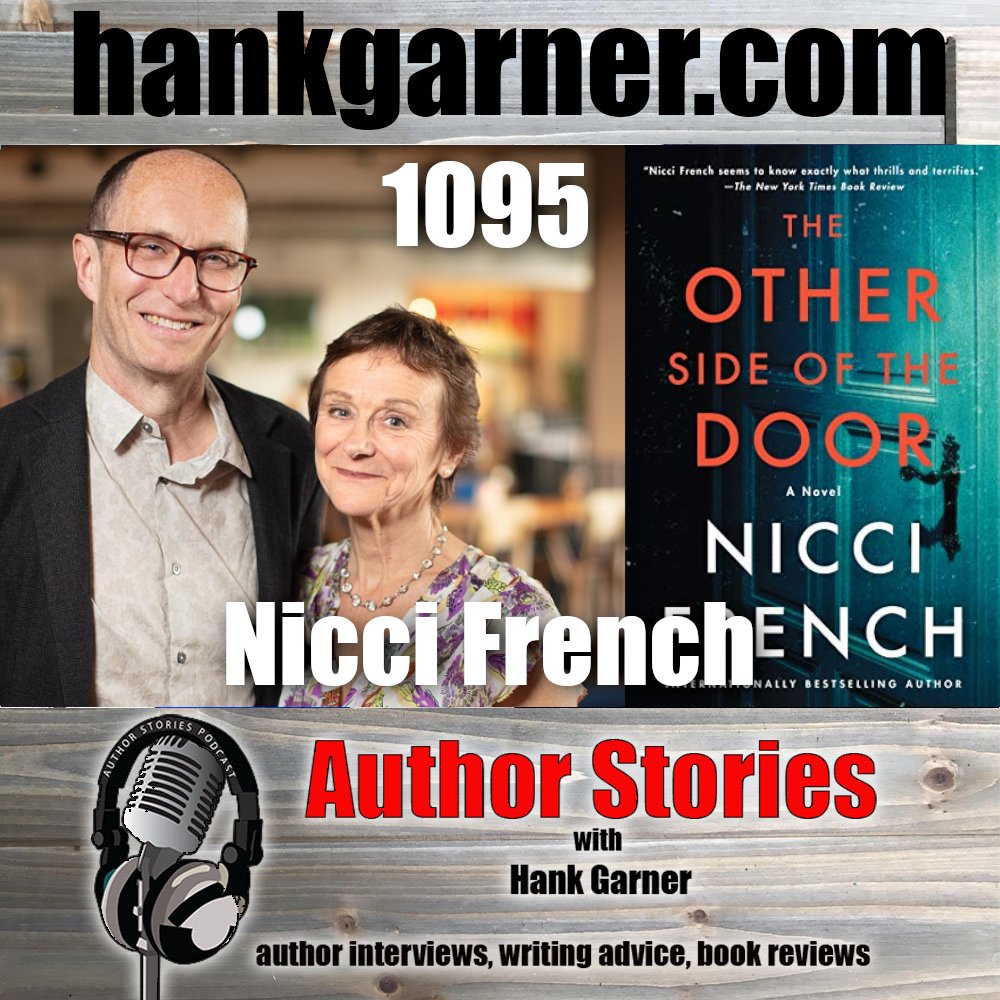 Today my good friends Sean French and Nicci Gerard, who write collectively as Nicci French, return to talk about their new book The Other Side of the Door.

From the internationally bestselling author of The Lying Room, a sexy, intricate thriller about the temptation of secrets, the weight of lies, and the price of betrayal and suspicion.

Who is more dangerous? An enemy, a friend, or a lover?

When Bonnie Graham arrives at her boyfriend’s apartment in London, she is horrified to discover a dead body in a pool of blood on the floor. But she doesn’t call the police. Bonnie hides the corpse and then carefully wipes away any evidence she was ever there.

Bonnie is a music teacher who spent a long, hot summer in London rehearsing with a band to play at a friend’s wedding. It was supposed to be fun, but the band members find the complicated knots of their friendships—some old, some new—unraveling as the days themselves unwind. What was meant to be a summer of happiness, love, and music turns deadly as lovers betray one another, passions turn murderous, and friendship itself becomes a crime.

Everyone tells lies. But is anyone prepared to tell the truth to uncover a murderer?

Nicci French is the pseudonym of English husband-and-wife team Nicci Gerrard and Sean French, who write psychological thrillers together.
Bio from Wikipedia, the free encyclopedia