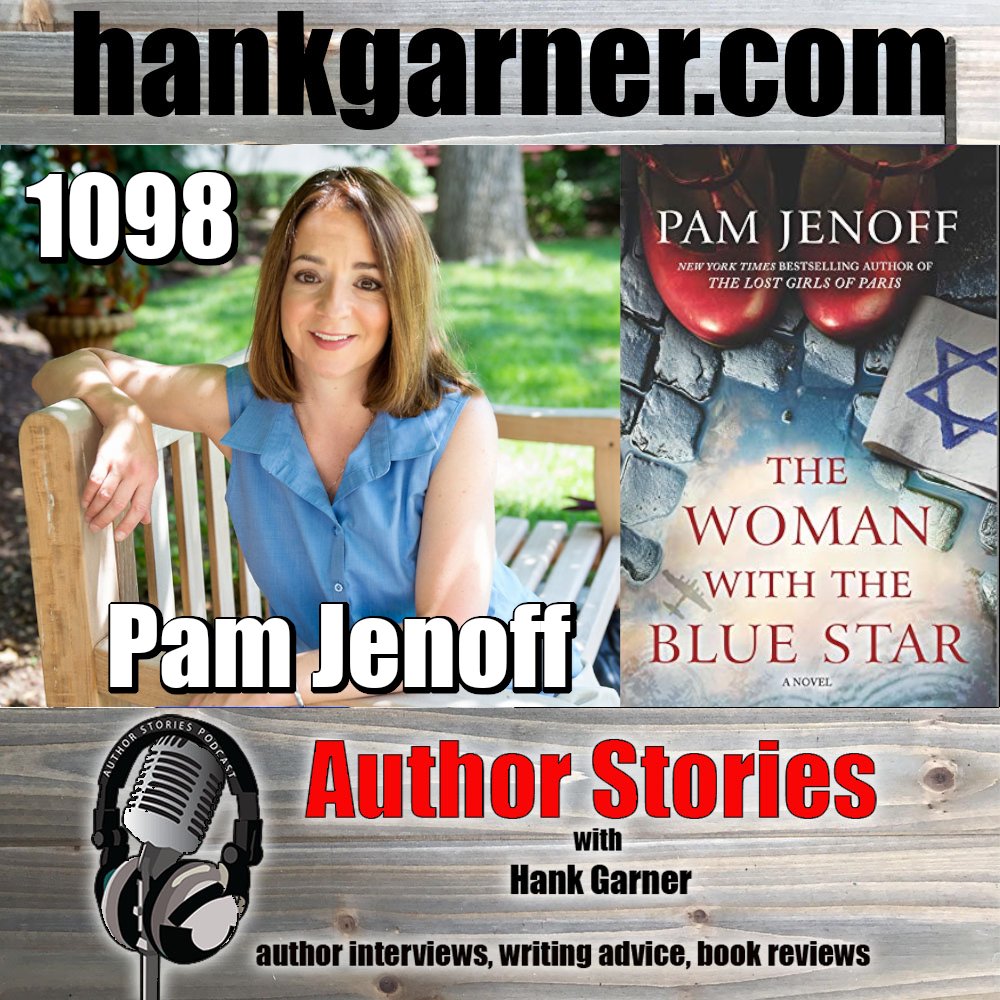 Today I am pleased to welcome Pam Jenoff back to the show to talk about her new book The Woman with the Blue Star.

“This emotional novel is filled with twists, turns, and displays of bravery and love that you will never forget, culminating in an ending that manages to be both surprising and uplifting.” —Lisa Scottoline, #1 New York Times bestselling author of Eternal

From the New York Times bestselling author of The Lost Girls of Paris comes a riveting tale of courage and unlikely friendship during World War II.

1942. Sadie Gault is eighteen and living with her parents in the Kraków Ghetto during World War II. When the Nazis liquidate the ghetto, Sadie and her pregnant mother are forced to seek refuge in the perilous tunnels beneath the city. One day Sadie looks up through a grate and sees a girl about her own age buying flowers.

Ella Stepanek is an affluent Polish girl living a life of relative ease with her stepmother, who has developed close alliances with the occupying Germans. While on an errand in the market, she catches a glimpse of something moving beneath a grate in the street. Upon closer inspection, she realizes it’s a girl hiding.

Ella begins to aid Sadie and the two become close, but as the dangers of the war worsen, their lives are set on a collision course that will test them in the face of overwhelming odds. Inspired by incredible true stories, The Woman with the Blue Star is an unforgettable testament to the power of friendship and the extraordinary strength of the human will to survive.

Pam Jenoff is the author of several novels, including her most recent, The Lost Girls of Paris and The Orphan’s Tale, both instant New York Times bestsellers, and The Kommandant’s Girl, which received widespread acclaim, earned her a nomination for the Quill Awards and became an international bestseller. She previously served as a Foreign Service Officer for the U.S. State Department in Europe, as the Special Assistant to the Secretary of the Army at the Pentagon and as a practicing attorney at a large firm and in-house. She received her juris doctor from the University of Pennsylvania, her masters degree in history from Cambridge University and her bachelors degree in international affairs from The George Washington University. Pam Jenoff lives with her husband and three children near Philadelphia where, in addition to writing, she teaches law school at Rutgers.