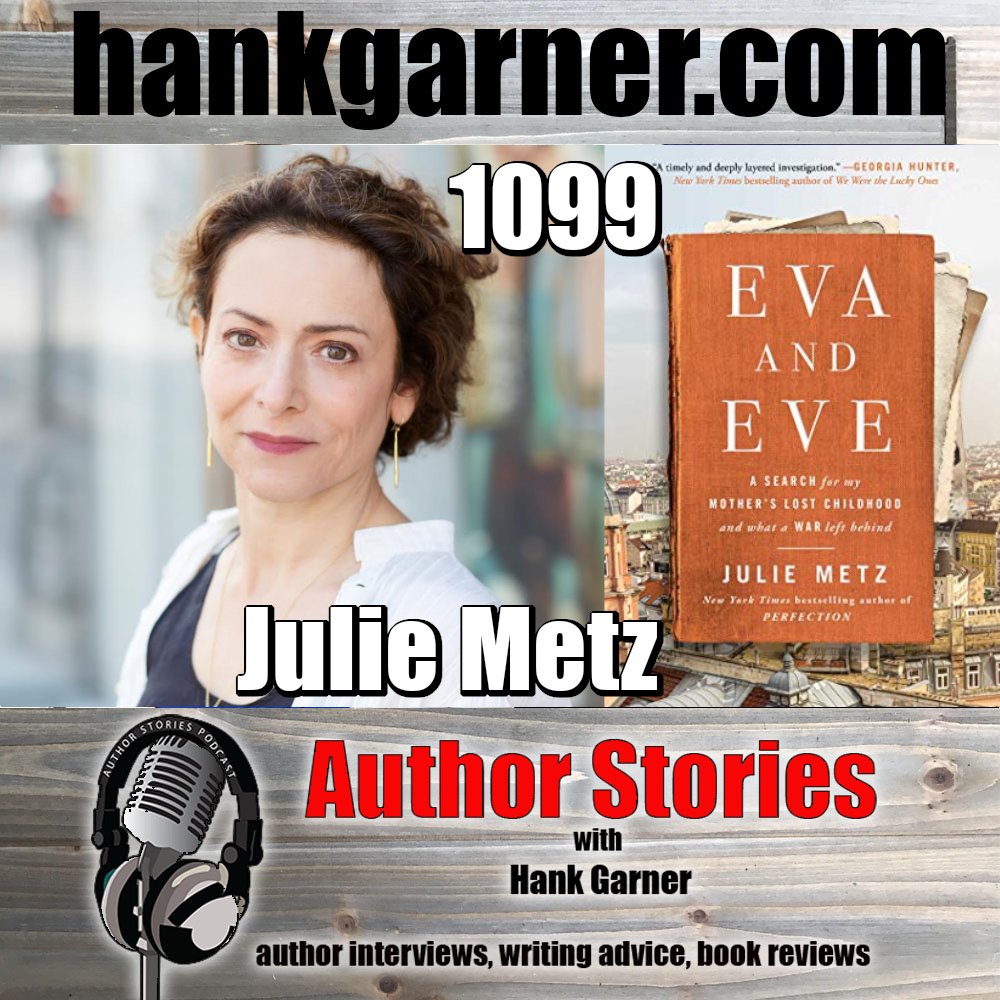 Today’s author interview guest is Julie Metz, author of Eva and Eve: A Search for My Mother’s Lost Childhood and What a War Left Behind.

The author of the New York Times best-selling memoir Perfection returns with an unforgettable account of her late mother’s childhood in Nazi-occupied Austria and the parallels she sees in present-day America.

To Julie Metz, her mother, Eve, was the quintessential New Yorker. Eve rarely spoke about her childhood, and it was difficult to imagine her living anywhere else except Manhattan, where she could be found attending Carnegie Hall and the Metropolitan Opera or inspecting a round of French triple crème at Zabar’s.

In truth, Eve had endured a harrowing childhood in Nazi-occupied Vienna. After her mother passed, Julie discovered a keepsake book filled with farewell notes from friends and relatives addressed to a 10-year-old girl named Eva. This long-hidden memento was the first clue to the secret pain that Julie’s mother had carried as a refugee and immigrant, shining a light on a family that had to persevere at every turn to escape the antisemitism and xenophobia that threatened their survival.

Interweaving personal memoir and family history, Eva and Eve vividly traces one woman’s search for her mother’s lost childhood while revealing the resilience of our forebears and the sacrifices that ordinary people are called to make during history’s darkest hours.

Julie Metz is the author of the newly released memoir Eva and Eve and the New York Times bestselling memoir Perfection, a Barnes & Noble Discover Great New Writers Selection. She has written on a wide range of women’s issues for publications including: The New York Times, The Huffington Post, Dame, sheknows.com, Salon, Slice, Redbook, Glamour, Next Tribe, MrBellersneighborhood.com, and Coastal Living. Her essays have appeared in the anthologies The Moment, edited by Larry Smith, creator of “Six-Word Memoirs,” and The House That Made Me, edited by Grant Jarrett.