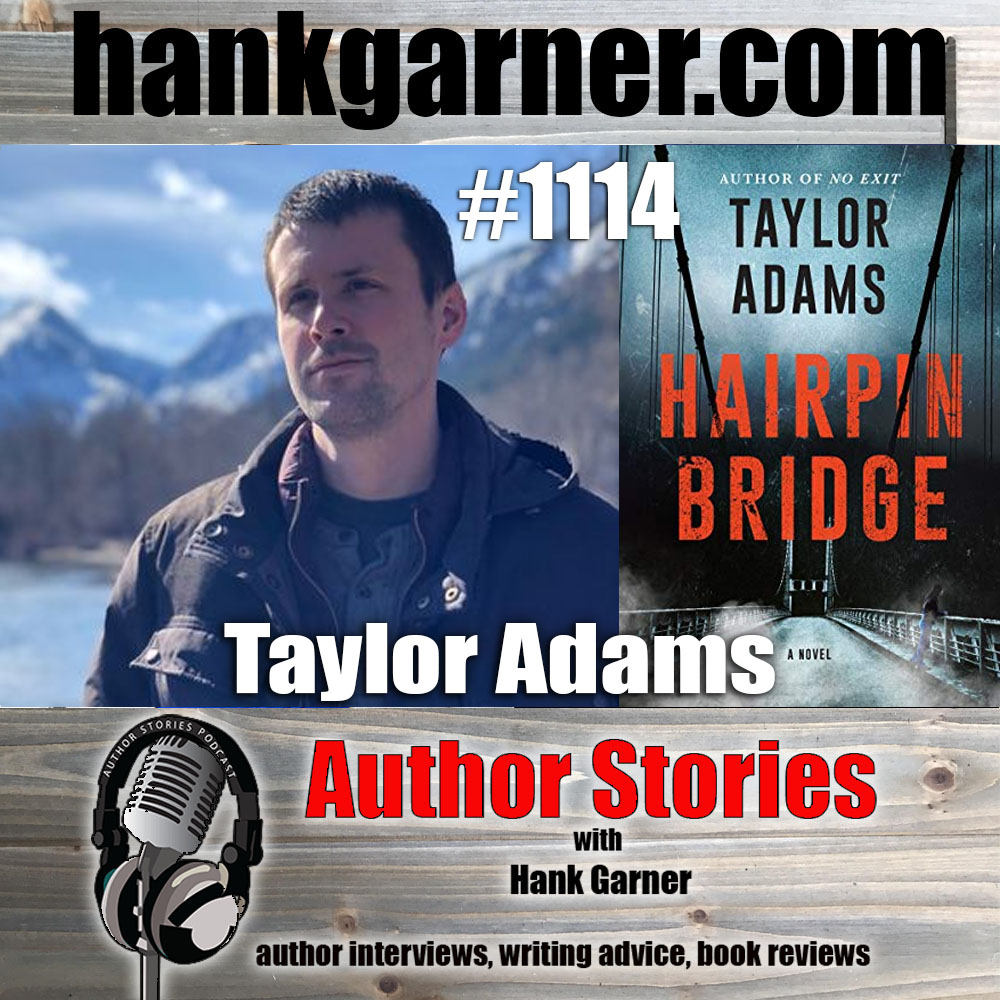 Taylor Adams returns to the show today to talk about his new book Hairpin Bridge.

From the author of the “full-throttle thriller” (A. J. Finn) No Exit—a riveting new psychological page-turner featuring a fierce and unforgettable heroine.

Three months ago, Lena Nguyen’s estranged twin sister, Cambry, drove to a remote bridge seventy miles outside of Missoula, Montana, and jumped two hundred feet to her death. At least, that is the official police version.

But Lena isn’t buying it.

Now she’s come to that very bridge, driving her dead twin’s car and armed with a cassette recorder, determined to find out what really happened by interviewing the highway patrolman who allegedly discovered her sister’s body.

Corporal Raymond Raycevic has agreed to meet Lena at the scene. He is sympathetic, forthright, and professional. But his story still seems a bit off. For one thing, he stopped Cambry for speeding just an hour before she supposedly leaped to her death. Then there are the sixteen attempted 911 calls from her cell phone, made in what was unfortunately a dead zone.

But perhaps most troubling of all, the state trooper is referred to by name in Cambry’s final enigmatic text to her sister: Please Forgive Me. Lena will do anything to uncover the truth. But as her twin’s final hours come into focus, Lena’s search turns into a harrowing tooth-and-nail fight for her own survival—one that will test everything she thought she knew about her sister and herself…

Taylor Adams graduated from Eastern Washington University with the Excellence in Screenwriting Award and the Edmund G. Yarwood Award. He has worked in the television industry for several years and lives in Washington state.

His 2018 novel NO EXIT has been published in 32 languages and is currently in development as a feature film by 20th Century Studios.