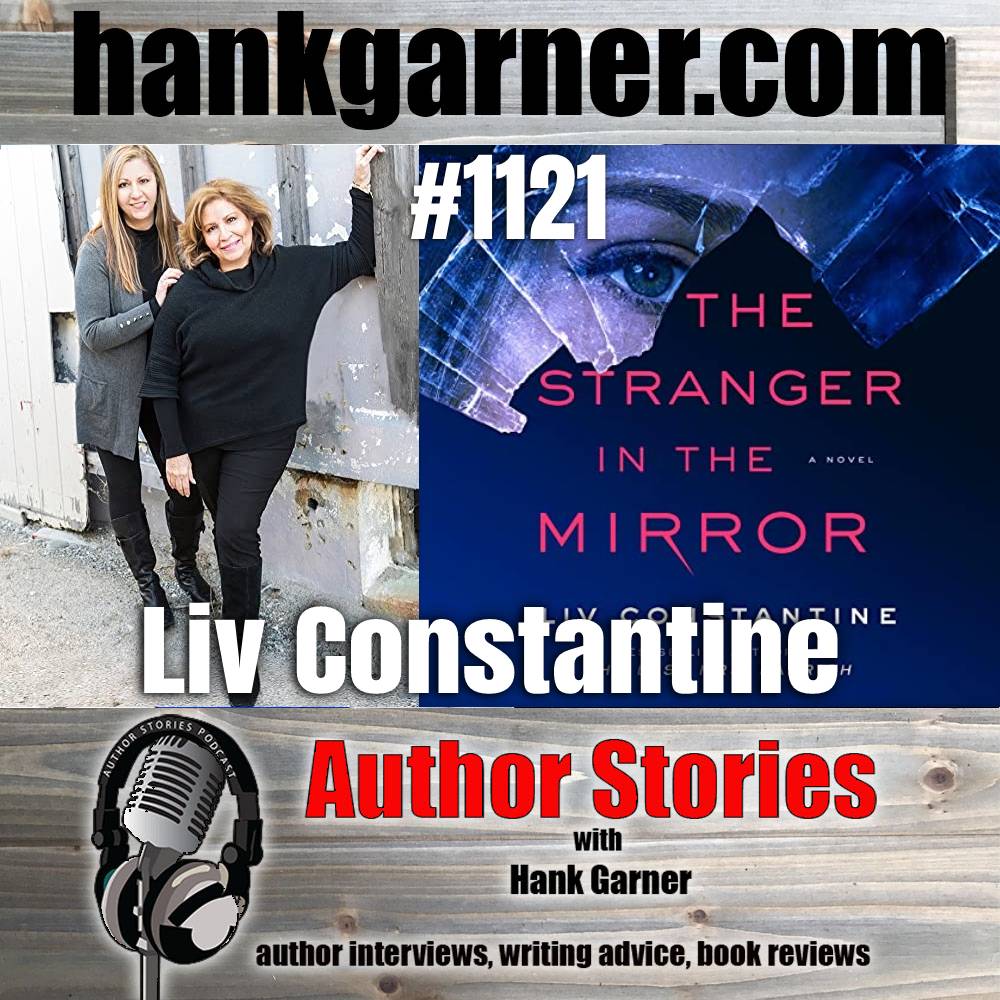 Today I am excited to welcome back two of my favorite authors,  Lynne Constantine and Valerie Constantine, who write under the pen name Liv Constantine. Liv has a brand new book out today called The Stranger In The Mirror, and this is a MUST READ for this summer.

A diabolically twisty, psychologically unsettling novel about a woman with no recollection of her past from the authors of the Reese Witherspoon Book Club pick The Last Mrs. Parrish and The Wife Stalker.

“Liv Constantine plants her flag squarely in land staked out by the likes of Lisa Gardner and Karin Slaughter.”—Providence Journal

Addison’s about to get married, but she’s not looking forward to the big day. It’s not her fiancé; he’s a wonderful man. It’s because Addison doesn’t know who she really is. A few years ago, a kind driver found her bleeding next to a New Jersey highway and rescued her. While her physical wounds healed, Addison’s memory never returned. She doesn’t know her real name. Or how she ended up injured on the side of a road. Or why she can’t shake the notion that she may have done something very, very bad . . .

In a posh home in the Boston suburbs, Julian tries to figure out what happened to his loving, caring wife, Cassandra, who disappeared without a trace two years ago. She would never have left him and their seven-year-old daughter Valentina of her own free will—or would she?

As these two lives intersect, The Stranger in the Mirror hooks readers with riveting drama, told with Liv Constantine’s hallmark blend of glamour, tense psychological thrills, and jaw-dropping twists.

Liv Constantine is the pen name of sisters Lynne Constantine and Valerie Constantine. Together, they are the bestselling author of the Reese Witherspoon Book Club pick The Last Mrs. Parrish, The Last Time I Saw You, The Wife Stalker, and The Stranger in the Mirror (coming July 2021). Their critically acclaimed books have been praised by USA Today, The Sunday Times, People Magazine, and Good Morning America, among many others. Lynne and Valerie are national and international bestselling authors and their books have been translated into 28 languages, are available in 33 countries, and have been optioned for both television and film. Lynne lives in Milford, Connecticut; Valerie in Annapolis, Maryland. Visit their website at www.livconstantine.com and find them on Twitter at https://twitter.com/LivConstantine2 or Instagram under the handle @livconstantine2