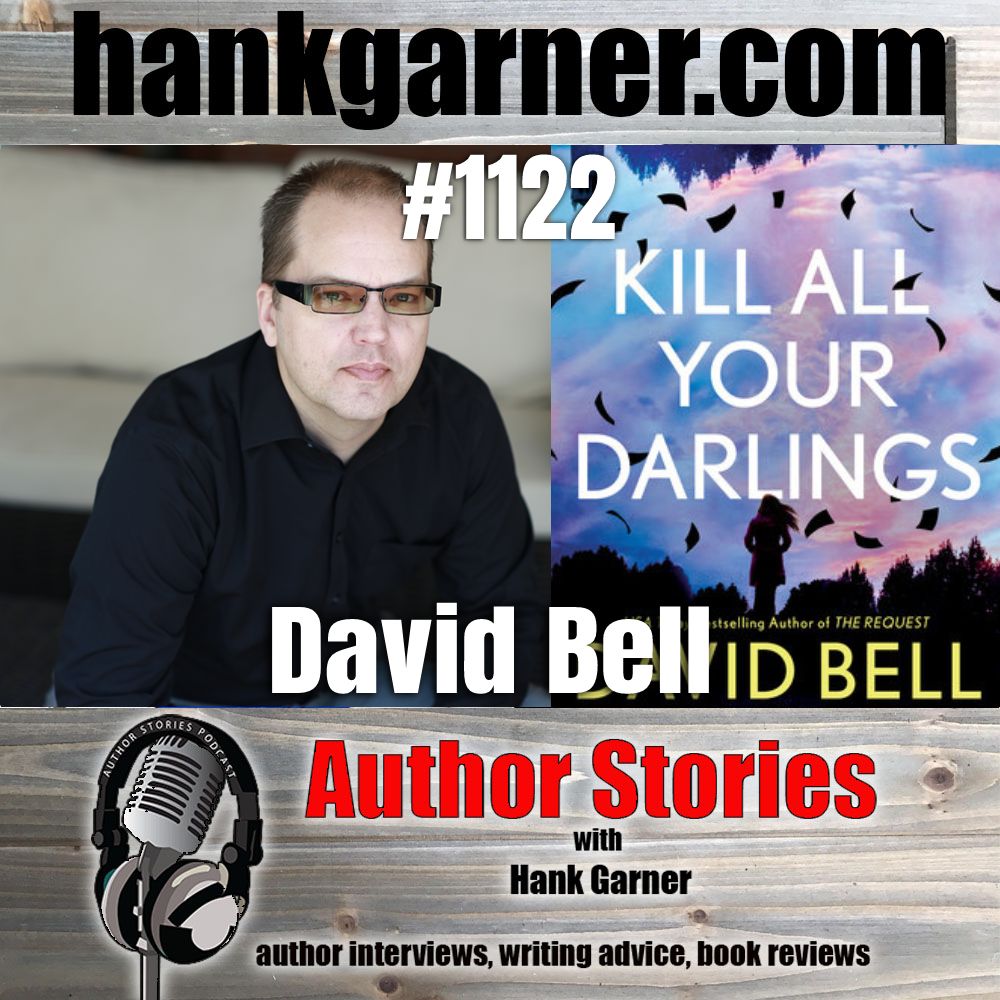 Today I have one of my favorite authors on the show, David Bell, to talk about his new thriller Kill All Your Darlings.

A Most Anticipated Summer Read by SheReads * Frolic * and more!

When a student disappears and is presumed dead, her professor passes off her manuscript as his own—only to find out it implicates him in an unsolved murder in this new thriller from the USA Today bestselling author of The Request.

After years of struggling to write following the deaths of his wife and son, English professor Connor Nye publishes his first novel, a thriller about the murder of a young woman.

There’s just one problem: Connor didn’t write the book. His missing student did. And then she appears on his doorstep, alive and well, threatening to expose him.

Connor’s problems escalate when the police insist details in the novel implicate him in an unsolved murder from two years ago. Soon Connor discovers the crime is part of a disturbing scandal on campus and faces an impossible dilemma—admit he didn’t write the book and lose his job or keep up the lie and risk everything. When another murder occurs, Connor must clear his name by unraveling the horrifying secrets buried in his student’s manuscript.

This is a suspenseful, provocative novel about the sexual harassment that still runs rampant in academia—and the lengths those in power will go to cover it up.

David Bell is the USA Today bestselling and award-winning author of eight novels from Berkley/Penguin: SOMEBODY’S DAUGHTER, BRING HER HOME, SINCE SHE WENT AWAY, SOMEBODY I USED TO KNOW, THE FORGOTTEN GIRL, NEVER COME BACK, THE HIDING PLACE, and CEMETERY GIRL. He is an Associate Professor of English at Western Kentucky University in Bowling Green, Kentucky and can be reached through his website www.davidbellnovels.com.