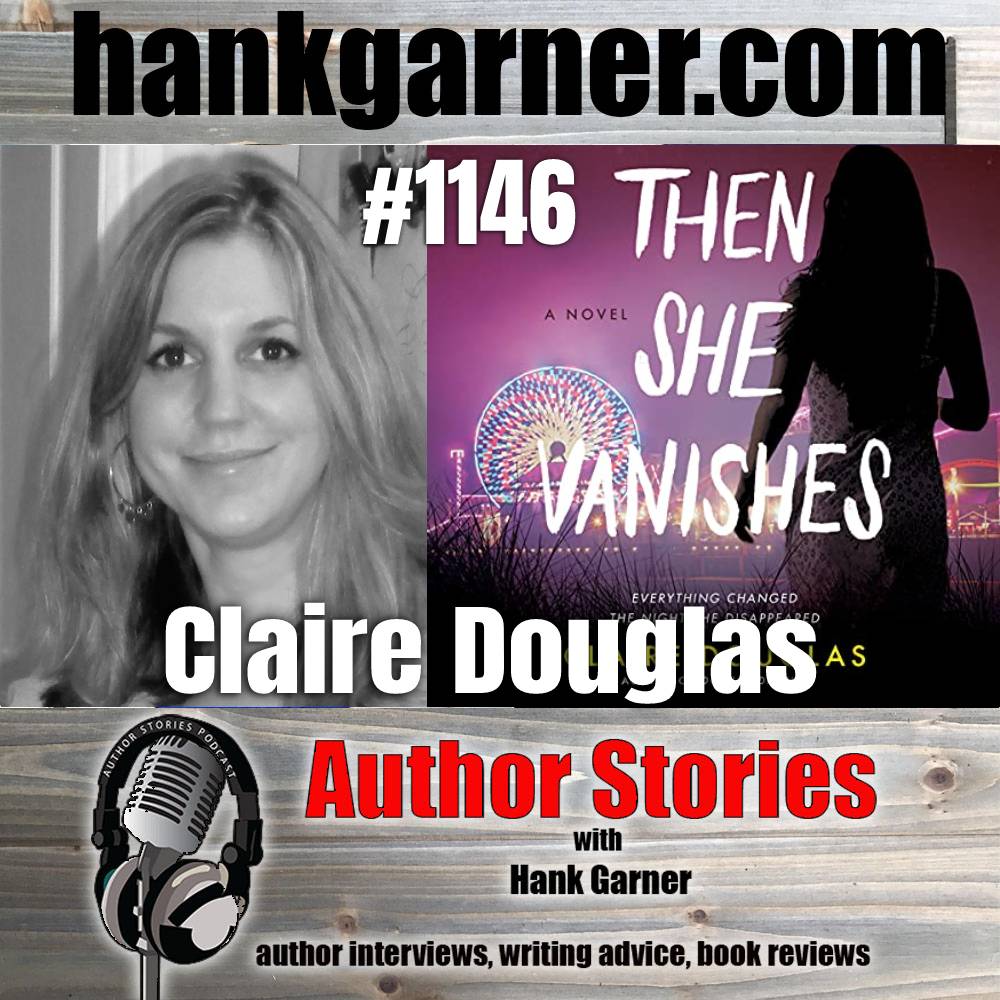 Today’s author interview guest is Claire Douglas, author of Then She Vanishes.

A twisty, compulsive thriller full of jolting shocks and startling secrets involving two sisters, a disappearance, a double murder, and a reporter determined to find the truth from the bestselling author of Local Girl Missing, Last Seen Alive, and Do Not Disturb.

Everything changed the night she disappeared . . .

On a summer’s night in 1994, sixteen-year-old Flora Powell vanished from her sleepy seaside town without a trace. Their hearts shattered, Flora’s mother, her sister Heather, and Heather’s best friend Jess had to somehow carry on not knowing what happened.

Why would this loving wife and doting new mother commit such a heinous crime? Jess, now a reporter, returns to the hometown she left behind to cover the case and dig for answers. But this isn’t like any other story. Jess was like a sister to the Powell girls, until the summer that tore them all apart.

What happened to the girl she used to know?

The question haunts Jess and propels her to find the key that may unlock the mysteries involving both sisters. But the search may reveal more . . . a darker side to this idyllic place she thought she knew.

Claire Douglas has worked as a journalist for fifteen years, writing features for womens magazines and newspapers, but shes dreamed of being a novelist since the age of seven. She finally got her wish after winning the Marie Claire Debut Novel Award for her first book, The Sisters, which became a bestseller. Local Girl Missing is her second novel. She lives in Bath with her husband and two children.