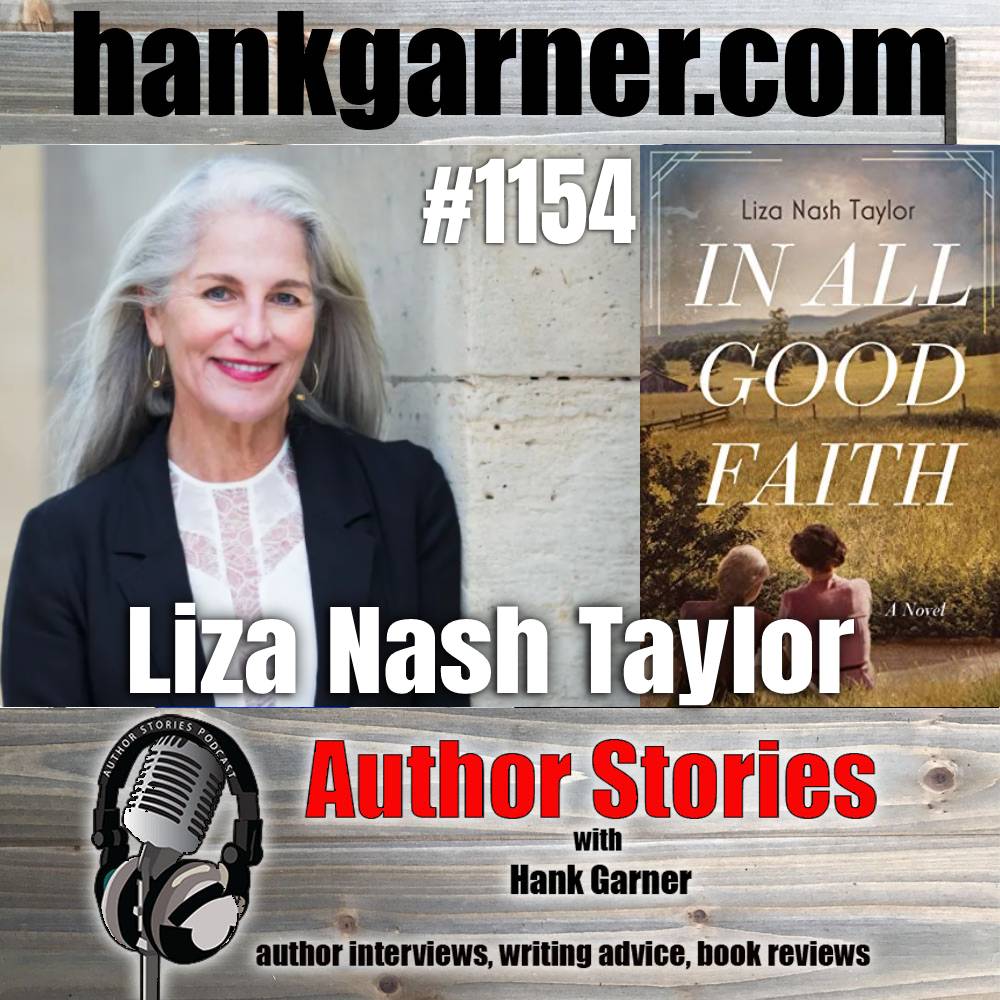 On today’s show Liza Nash Taylor joins us again to talk about her new book In All Good Faith.

In the summer of 1932, Americans are coming to realize that the financial crash of 1929 was only the beginning of hard times. May Marshall has returned from Paris to settle at her family home in rural Keswick, Virginia. She struggles to keep her family farm and market afloat through the economic downturn. May finds herself juggling her marriage with a tempting opportunity to revamp the family business to adapt to changing times.

In a cold-water West End Boston tenement the fractured Sykes family scrapes by on an itinerant mechanic’s wages and home sewing. Having recently lost her mother, sixteen-year-old Dorrit Sykes questions the religious doctrine she was raised in. Dorrit is reclusive, held back by the anxiety attacks that have plagued her since childhood. Attempting to understand what limits her, she seeks inspiration in Nancy Drew mysteries and finds solace at the Boston Public Library, writing fairy stories for children. The library holds answers to both Dorrit’s exploration of faith and her quest to understand and manage her anxiety.

When Dorrit accompanies her father to Washington, DC, in the summer of 1932 to camp out and march with twenty thousand veterans intending to petition President Hoover for early payment of war bonuses, she begins an odyssey that will both traumatize and strengthen her. Along the way she redefines her faith, learning both self-sufficiency and how to accept help.

Dorrit’s and May’s lives intersect, and their fates will intertwine in ways that neither could have imagined or expected. Set against a backdrop of true historical events, In All Good Faith tells a story of two women’s unlikely success during the Great Depression.

Liza Nash Taylor, the author of Etiquette for Runaways, was a 2018 Hawthornden International Fellow and received her MFA from Vermont College of Fine Arts. The 2016 winner of the San Miguel Writers Conference Fiction Prize, her work has appeared in Microchondria II, Gargoyle Magazine, and Deep South, amongst others. A native Virginian, she lives in Keswick with her husband and dogs.