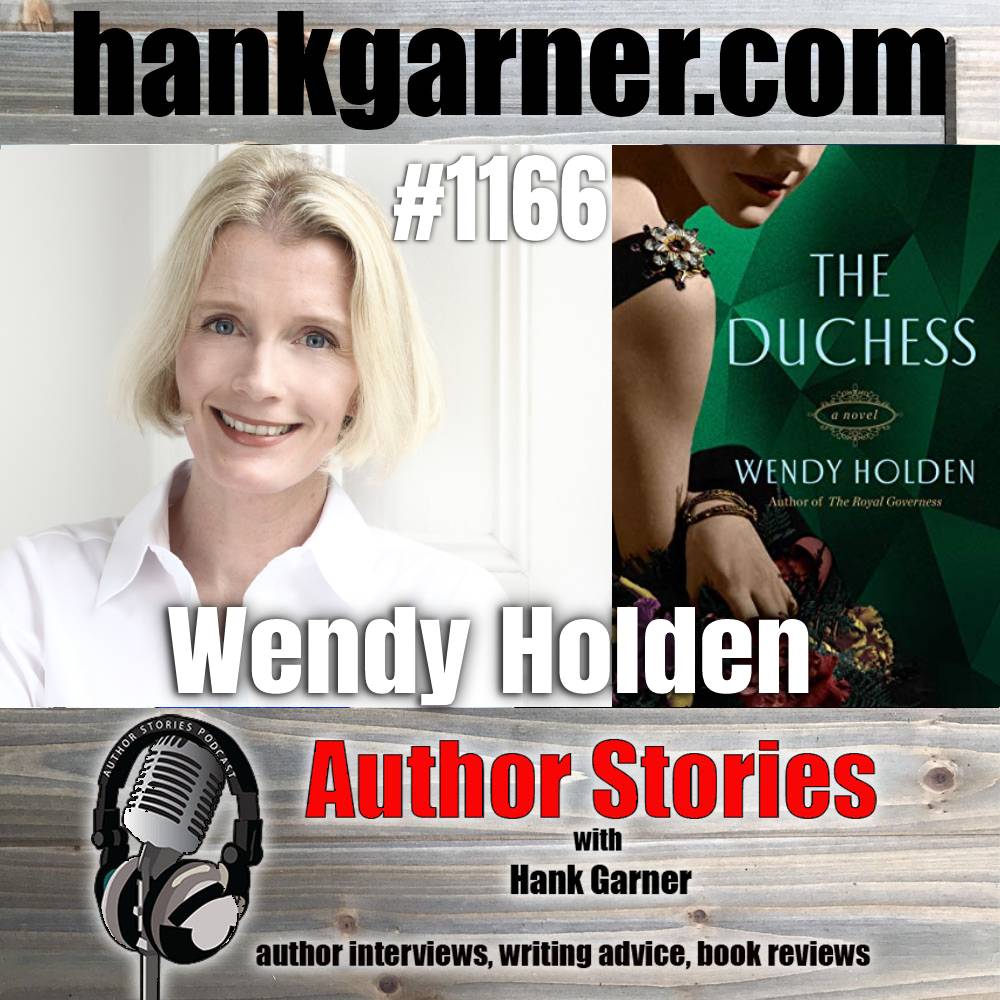 On today’s show, Wendy Holden returns to talk about her new book The Duchess.

It was a love so strong, a king renounced his kingdom—all for that woman. Or was she just an escape route for a monarch who never wanted to rule? Bestselling author Wendy Holden takes an intimate look at one of the most notorious scandals of the 20th century.

When an unexpected encounter leads to a house party with the Prince of Wales, Wallis’s star begins to rise. Her secret weapon is her American pep and honesty. For the prince she is a breath of fresh air. As her friendship with him grows, their relationship deepens into love. Wallis is plunged into a world of unimaginable luxury and privilege, enjoying weekends together at his private palace on the grounds of Windsor Castle.

Wallis knows the fun and excitement can’t last. The prince will have to marry and she will return to Ernest. The sudden death of George V seems to make this inevitable; the Prince of Wales is now King Edward VIII. When, to her shock and amazement, he refuses to give her up–or recognize that they are facing impossible odds–her fairy tale becomes a nightmare. The royal family close ranks to shut her out and Ernest gives an ultimatum.

Wallis finds herself trapped when Edward insists on abdicating his throne. She can’t escape the overwhelming public outrage and villainized, she becomes the woman everyone blames—the face of the most dramatic royal scandal of the twentieth century.