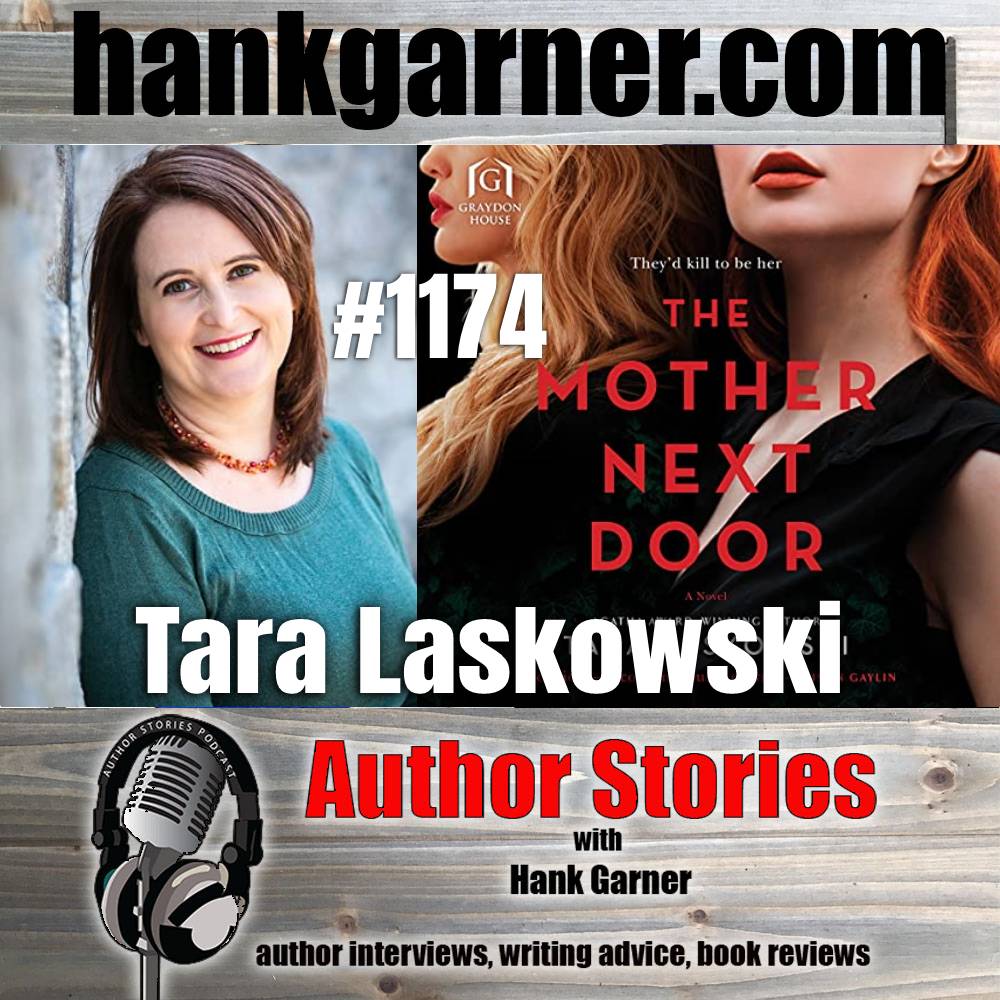 Today’s author interview guest is Tara Laskowski, author of The Mother Next Door: A Novel of Suspense.

“A polished and entertaining homage to Big Little Lies and Desperate Housewives… The denouement is bonkers, but satisfying.”
—The New York Times Book Review

The annual Halloween block party is the pinnacle of the year on idyllic suburban cul-de-sac Ivy Woods Drive. An influential group of neighborhood moms—known as the Ivy Five—plans the event for months.

Except the Ivy Five has been four for a long time.

When a new mother moves to town, eager to fit in, the moms see it as an opportunity to make the group whole again. This year’s block party should be the best yet… until the women start receiving anonymous messages threatening to expose the quiet neighborhood’s dark past—and the lengths they’ve gone to hide it.

As secrets seep out and the threats intensify, the Ivy Five must sort the loyal from the disloyal, the good from the bad. They’ll do anything to protect their families. But when a twisted plot is revealed, with dangerous consequences, their steady foundation begins to crumble, leaving only one certainty: after this year’s block party, Ivy Woods Drive will never be the same.

From award-winning author Tara Laskowski, The Mother Next Door is an atmospheric novel of domestic suspense in which the strive for perfection ends in murder…

“Tara Laskowski’s brilliantly paced tale of perfect-suburbia-until-you-scratch-the-surface is as compelling as it is twisted.”
—Hannah Mary McKinnon, bestselling author of You Will Remember Me

TARA LASKOWSKI is the author of the suspense novel, One Night Gone, which won the Agatha Award for Best First Novel and was a finalist for the Lefty Award and the Simon and Schuster Mary Higgins Clark Award. She is also the author of two short story collections, Modern Manners for Your Inner Demons and Bystanders, which was named a best book of 2017 by Jennifer Egan in The Guardian. She has had stories published in Alfred Hitchcock’s Mystery Magazine, Mid-American Review, and the Norton anthology New Micro: Exceptionally Short Fiction, among others. Her Alfred Hitchcock’s Mystery Magazine story, “The Case of the Vanishing Professor,” won the 2019 Agatha Award and her Ellery Queen’s Mystery Magazine story, “The Long-Term Tenant,” is a finalist for the 2020 Thriller Award. Tara was the winner of the 2010 Santa Fe Writers Project’s Literary Awards Prize and was the longtime editor of the popular online flash fiction journal SmokeLong Quarterly. She is a member of Sisters in Crime and Mystery Writers of America. She grew up in Pennsylvania and lives in Virginia. Follow her on Twitter, @TaraLWrites.