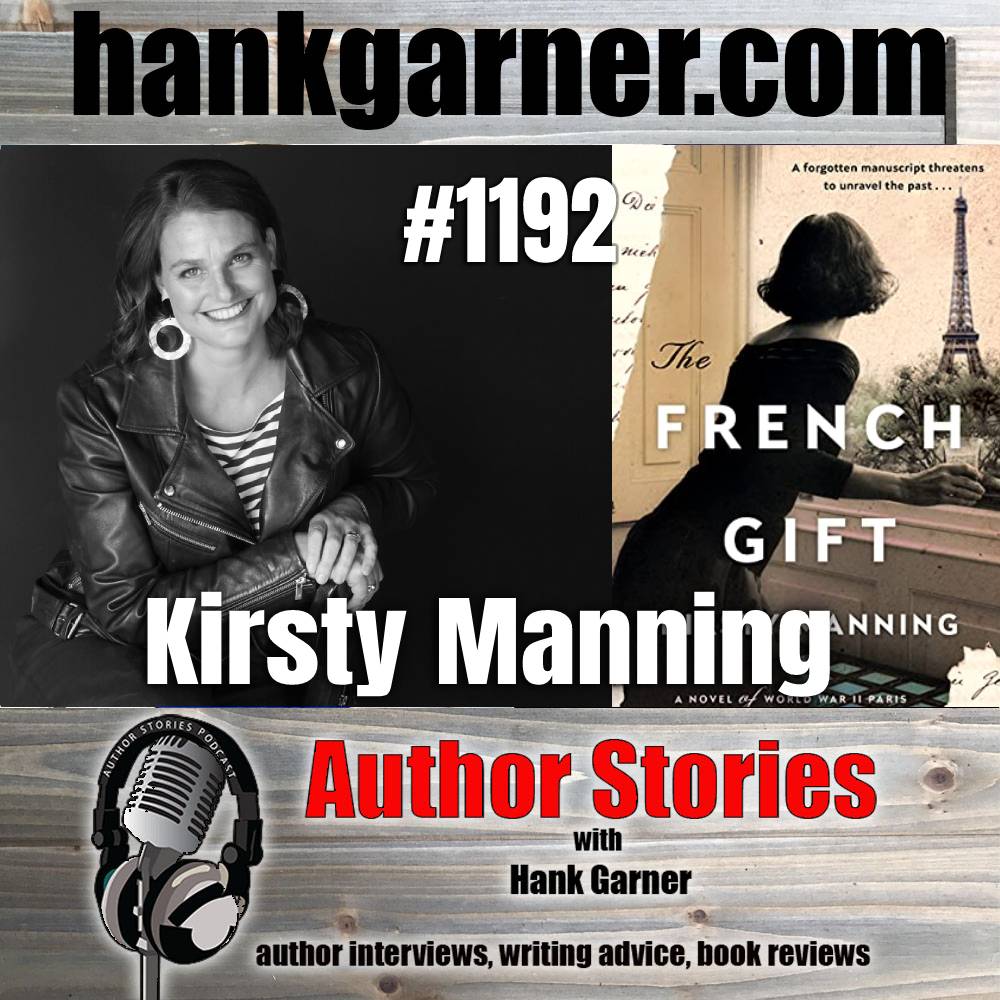 Today I am happy to welcome Kirsty Manning back to the show to talk about her new book The French Gift.

From Kirsty Manning, author of The Song of the Jade Lily, comes a gripping World War II set historical novel about murder, secrets, and survival.

A forgotten manuscript that threatens to unravel the past…

Fresne Prison, 1940: A former maid at a luxury villa on the Riviera, Margot Bisset finds herself in a prison cell with writer and French Resistance fighter Joséphine Murant. Together, they are transferred to a work camp in Germany for four years, where the secrets they share will bind them for generations to come.

Paris, around about now: Evie Black lives in Paris with her teenage son, Hugo, above her botanical bookshop, La Maison Rustique. Life would be so sweet if only Evie were not mourning the great love of her life.

When a letter arrives regarding the legacy of her husband’s great-aunt, Joséphine Murant, Evie clutches at an opportunity to spend one last magical summer with her son. They travel together to Joséphine’s house, now theirs, on the Côte d’Azur. Here, Evie unravels the official story of this famous novelist, and the truth of a murder a lifetime ago. Along the way, she will discover the little-known true story of the women who were enslaved by German forces in WWII.

Bringing together the present and the past, The French Gift is a tender and heartbreaking story of female friendship, sacrifice and loss, and the promise of new love.

Kirsty Manning is the bestselling author of The French Gift, The Lost Jewels and The Jade Lily (published in North America and UK as The Song of the Jade Lily). Her historical novels have been published in Australia and New Zealand, North America, UK, South Africa and translated into several languages including German, Dutch, Hebrew, Russian and Serbian.
Kirsty grew up in northern New South Wales, Australia and has degrees in literature and communications. A country girl with wanderlust, her travels and studies have taken her around the globe.
Kirsty lives in Melbourne. Together with her husband she is a partner in the award-winning Melbourne wine bar Bellota and the Prince Wine Store in Melbourne and Sydney.