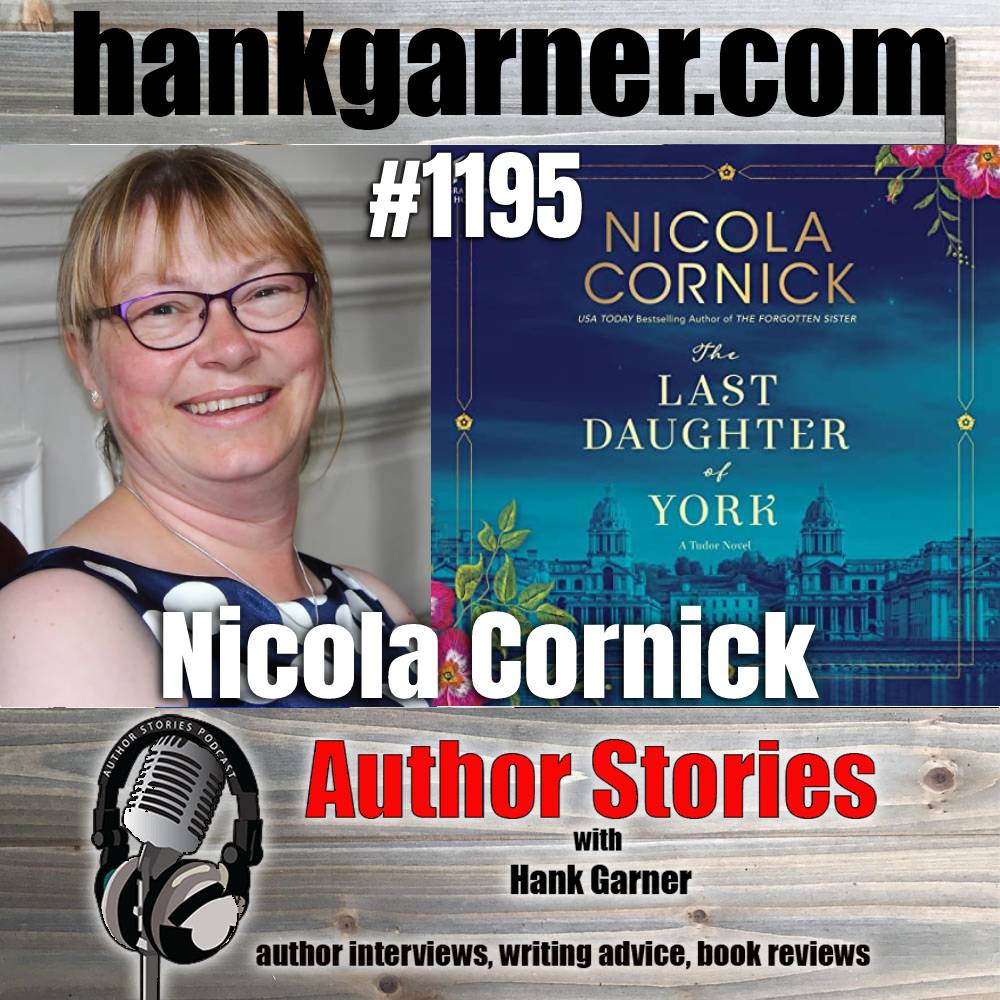 On today’s show, Nicola Cornick stops by to talk about her new book The Last Daughter of York.

“An engaging, fast-paced read for fans of Philippa Gregory and of dual-timeline historical fiction.” (Library Journal)

In the winter of 1483, Francis Lovell is Richard III’s Lord Chamberlain and confidant, but the threat of Henry Tudor’s rebels has the king entrusting to Francis and his wife, Anne, his most crucial mission: protecting the young Richard of York, his brother’s surviving son and a threat to Henry’s claims to the throne.

Two years later, Richard III is dead, and Anne hides the young prince of York while Francis is hunted by agents of the new king, Henry VII. Running out of options to keep her husband and the boy safe, Anne uses the power of an ancient family relic to send them away, knowing that in doing so she will never see Francis again.

In the present day, Serena Warren has been haunted by her past ever since her twin sister, Caitlin, disappeared. But when Caitlin’s bones are discovered interred in a church vault that hasn’t been opened since the 18th century, the police are baffled. Piecing together local folklore that speaks of a magical relic with her own hazy memories of the day Caitlin vanished, Serena begins to uncover an impossible secret that her grandfather has kept hidden, one that connects her to Anne, Francis and the young duke of York.

Inspired by the enduring mystery of the Princes in the Tower, Nicola Cornick cleverly interprets the events into a dazzling novel set between a present-day mystery and a country on the brink of Tudor rule.

Nicola Cornick is a writer and historian who was born and brought up in the north of England. Nicola developed a passion for history at an early age and nurtured it through reading and watching BBC costume dramas with her grandmother. She went to school in an 18th century manor house where she studied subjects as varied as Anglo Saxon and ballroom dancing.

Nicola went on to study Medieval History, graduated from London University with an honours degree and worked for many years in academia until she gave it all up to be a full time author. Later she returned to college in Oxford to take a masters degree in History.

Since the publication of her first Regency romance by Harlequin Mills & Boon in 1998, Nicola has become an international and award-winning bestseller. You can download a list of her previous publications below. She now writes dual timeframe novels inspired by the history and legends of Wessex and The Vale of the White Horse. More information on Nicola’s research and inspiration can be found in the Behind the Books section of the website.

Nicola also works as a guide and historian for the National Trust at the beautiful seventeenth century hunting lodge, Ashdown House (change link to the blog) and is a member of the Board of Trustees for the Friends of Lydiard Park. She has spoken on a number of history and writing topics at literary festivals including Oxford, Sharjah and the London Book and Film Week, and gives talks for a wide variety of historical and other societies. You can download a list of Nicola’s talks below or contact her to discuss a bespoke talk or tour.