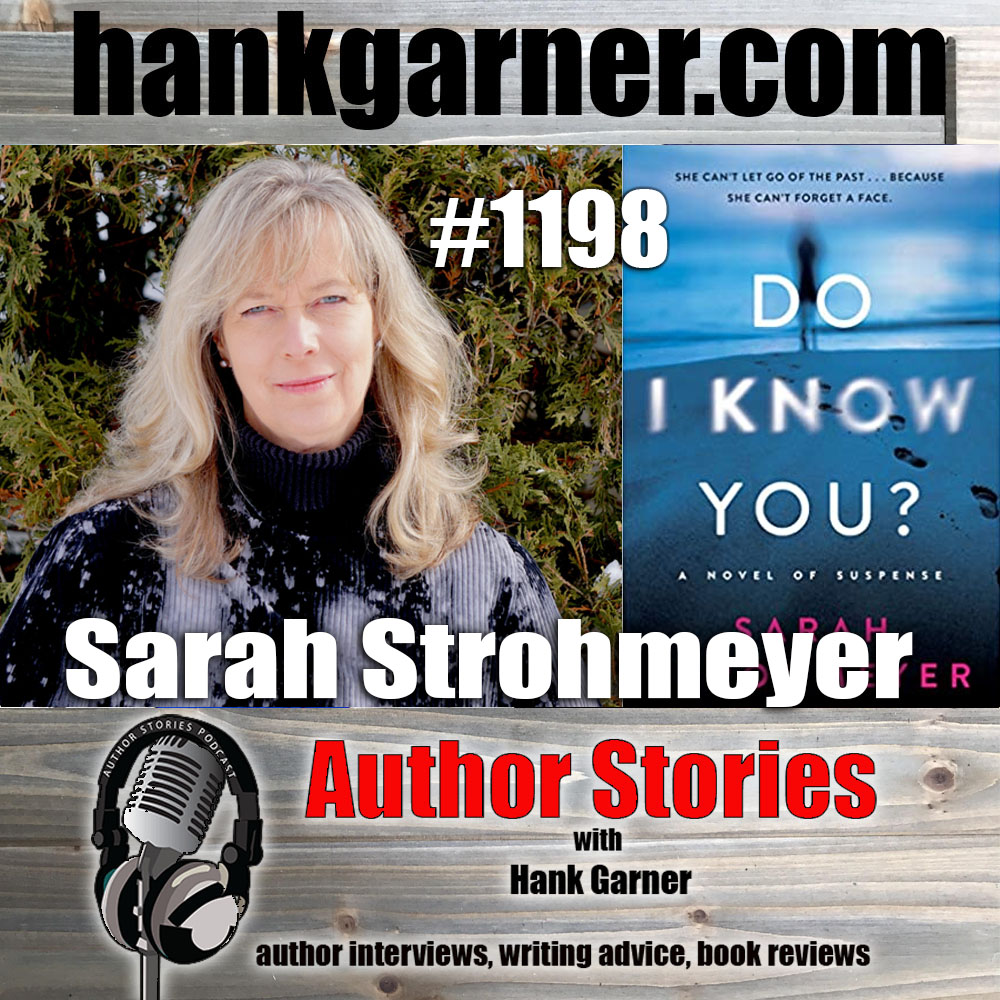 Today’s author interview guest is Sarah Strohmeyer, author of Do I Know You?

“A fabulous read packed with suspense, unexpected twists, glamour and humor. Prepare to be gripped from the first to the last page!” —Liane Moriarty

For readers of Lisa Jewell, Liv Constantine, and Megan Miranda, a lightning-paced psychological thriller that the New York Times Book Review says “kept me reading, near breathless, until all assumptions were gloriously upended” about two women, a tragedy that connects them as teenagers, and the terrible reckoning that will decide their fates a decade later

Jane Ellison is a “super recognizer” able to identify strangers by the slightest facial details—the curve of a head, the arch of an eyebrow. When she spies human rights activist and heiress Bella Valencia in a crowded Boston airport, Jane’s convinced she’s found the person responsible for her sister Kit’s disappearance and presumed death eleven years earlier. But her attempt to detain the suspect ends with Jane herself fired and humiliated.

As Bella prepares to marry Will Pease, scion of the uber-wealthy, influential, and ruthless Pease family, famous for their wholesome wellness and lifestyle brand, on their private Cape Cod island, she grows increasingly anxious that her dire secret will be revealed and used against her by—of all people—the man she loves.

She has reason to fear: Jane is ready to risk everything for the chance to publicly expose Bella’s crimes at her upcoming celebrity wedding. But the more she digs into what happened that night, the more she questions her own assumptions.

Combining magnetic, wise-cracking narration and a skillfully layered plot, Do I Know You? is a gripping psychological thriller and tale of redemption that reveals the power of a sister’s love.

Sarah Strohmeyer is a bestselling and award-winning novelist whose books include the upcoming thriller Do I Know You?, the wildly popular Bubbles Yablonsky mystery series (Penguin),The Cinderella Pact (which became the Lifetime Original Movie Lying to Be Perfect), along with many stand-alone novels for adults and young adults including Smart Girls Get What They Want and This Is My Brain on Boys (Blazer + Bray). A former newspaper reporter, her writing has appeared in numerous publications, including the Cleveland Plain Dealer and the Boston Globe. She lives with her cat and husband in Middlesex, Vermont, where she is the elected Town Clerk. Adult children come and go.