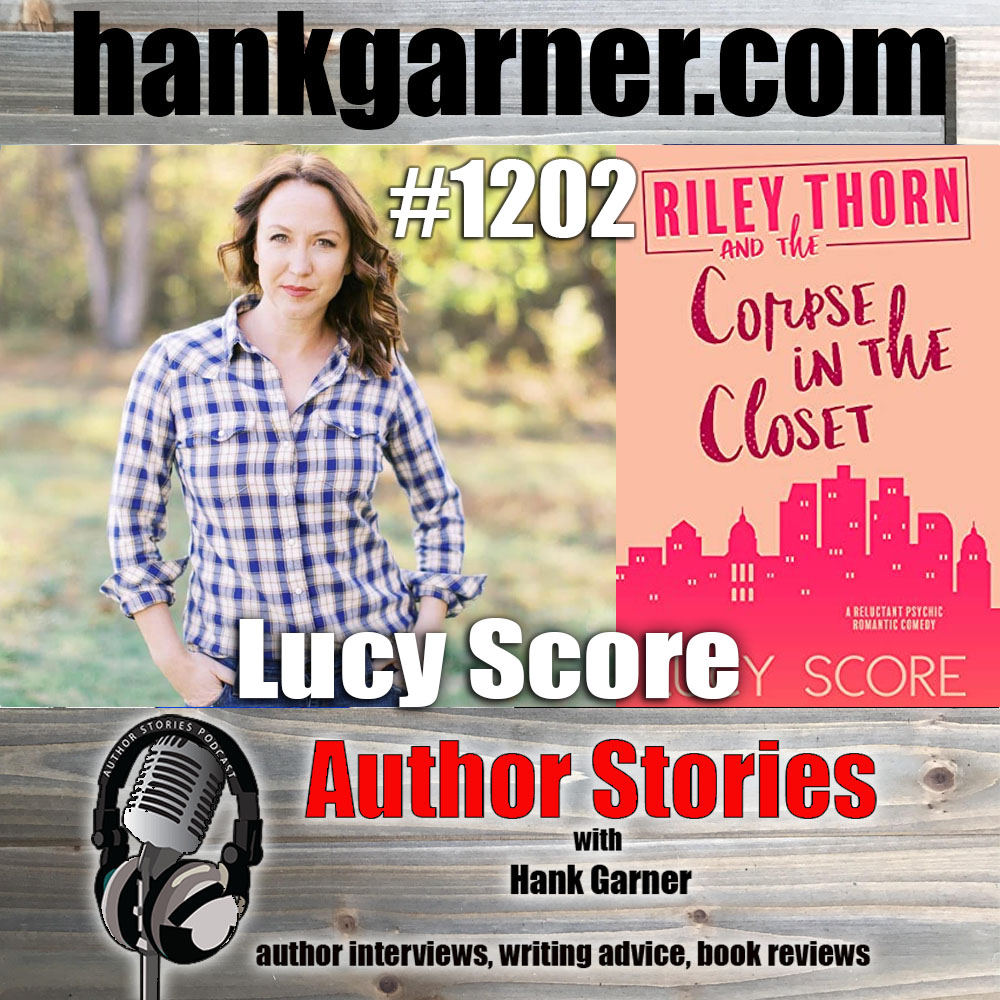 Today’s author interview guest is Lucy Score, author of Riley Thorn and the Corpse in the Closet. Lucy joins me to talk all about writing romance, publishing as an indie and a traditionally published author, story craft, and so much more.

Summer is heating up for reluctant psychic Riley Thorn and her handsome private investigator boyfriend, Nick Santiago. First, her disapproving grandmother arrives determined to make Riley take her powers seriously or face the wrath of “the Guild.” Then there’s the homicide detective who needs her help figuring out who murdered the well-dressed corpse in the walk-in closet.

Nick’s got his own hands full with a tricky missing person case and his parents who want to know why he didn’t tell them about his live-in girlfriend. Then there’s the fact that he’s still the tiniest bit stressed about Riley almost getting murdered earlier that summer. The last thing he wants is her getting involved in another investigation.

Things go from bad to worse when the body count starts stacking up, the meet-the-parents dinner goes horribly wrong, and their elderly roommate is up to no good…dressed like a mime.

To top it off, Riley is forced to return to Channel 50 on official police business to question her spray-tanned news anchor ex-husband and his new weather girl fiancée.

The trouble comes to a head when Riley receives a warning from the killer: Back off or she’s next. Someone has to solve these murders before she becomes the next corpse.

Lucy Score grew up in rural Pennsylvania with a lot of time on her hands and a big imagination. She was the oldest of three in a literary household. Dinners were often spent in silence while family members had their noses buried in books. A passion for writing took hold at five when she taught her brother to write his name on the bathroom door.

She started writing (on paper) in the second grade, first about pilgrims on the Mayflower and over the years graduated to essays, articles, blogs, and finally books.

Before becoming a full-time writer, Lucy pretended to be a normal adult by holding down jobs that included event planner, bartender, newspaper lackey, and yoga instructor.

Lucy and Mr. Lucy, enjoy spending time with their ten nieces and nephews and are determined to learn to sail so they can live on a sailboat in the Caribbean someday.