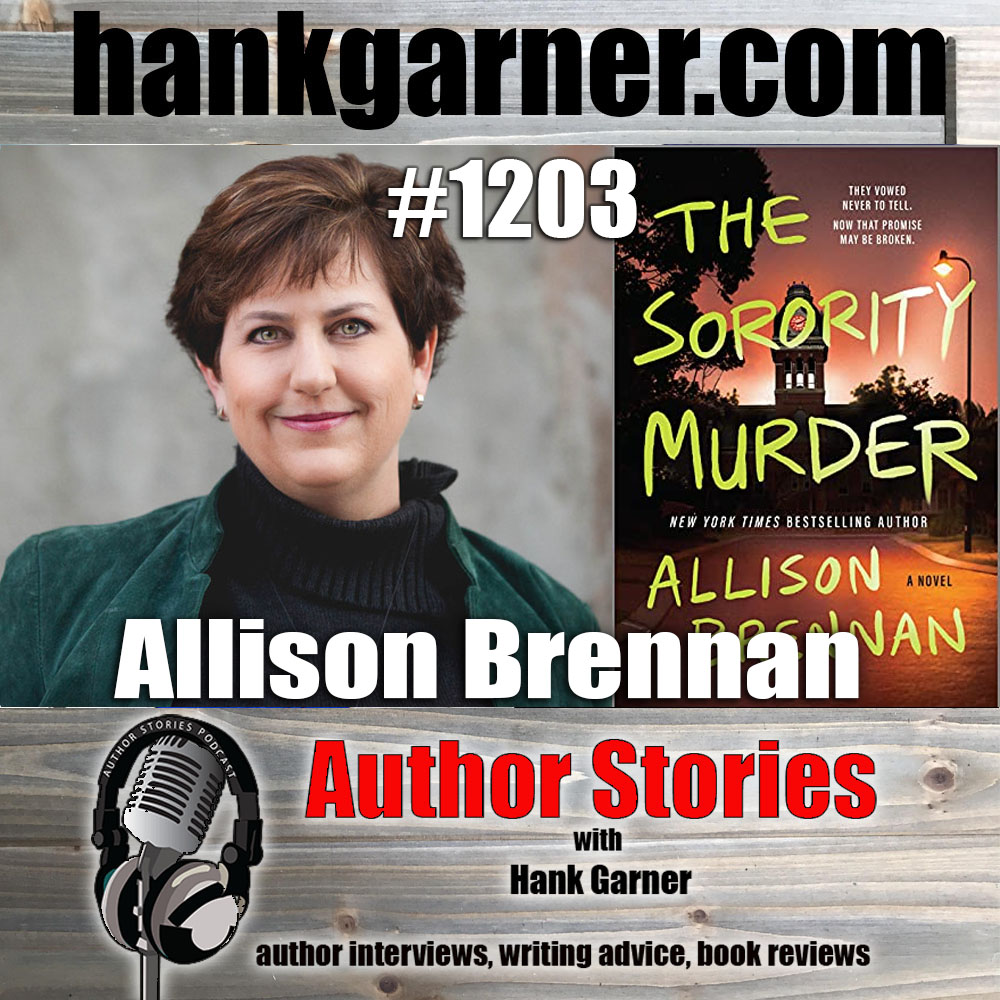 On today’s show, I welcome Allison Brennan back to the show to talk about her new book The Sorority Murder.

“The 10 Best New Mystery and Thriller Books of December are Giving Us Literal Chills”—E! Online

“10 Books to Cozy Up With This December”—PopSugar

A popular sorority girl. An unsolved murder. A campus podcast with chilling repercussions.

Lucas Vega is obsessed with the death of Candace Swain, who left a sorority party one night and never came back. Her body was found after two weeks, but the case has grown cold. Three years later while interning at the medical examiner’s, Lucas discovers new information, but the police are not interested.

Lucas knows he has several credible pieces of the puzzle. He just isn’t sure how they fit together. So he creates a podcast to revisit Candace’s last hours. Then he encourages listeners to crowdsource what they remember and invites guest lecturer Regan Merritt, a former US marshal, to come on and share her expertise.

New tips come in that convince Lucas and Regan they are onto something. Then shockingly one of the podcast callers turns up dead. Another hints at Candace’s secret life, a much darker picture than Lucas imagined—and one that implicates other sorority sisters. Regan uses her own resources to bolster their theory and learns that Lucas is hiding his own secret. The pressure is on to solve the murder, but first Lucas must come clean about his real motives in pursuing this podcast—before the killer silences him forever.

“Fans of Jeff Abbott and Karin Slaughter will find this crime novel hard to put down.” —Publishers Weekly on The Third to Die

“Downright spectacular… [A] riveting page turner as prescient as it is purposeful.” —Providence Journal on Tell No Lies

Allison Brennan is the New York Times and USA Today bestselling and award winning author of three dozen thrillers and numerous short stories. She was nominated for Best Paperback Original Thriller by International Thriller Writers, had multiple nominations and two Daphne du Maurier Awards, and is a five-time RITA finalist for Best Romantic Suspense. Allison believes life is too short to be bored, so she had five kids and spends all her non-writing time as a sports spectator, chauffeur, and short-order cook for her munchkins. She has a dog, two cats, and three chickens. Allison and her family live in northern California.