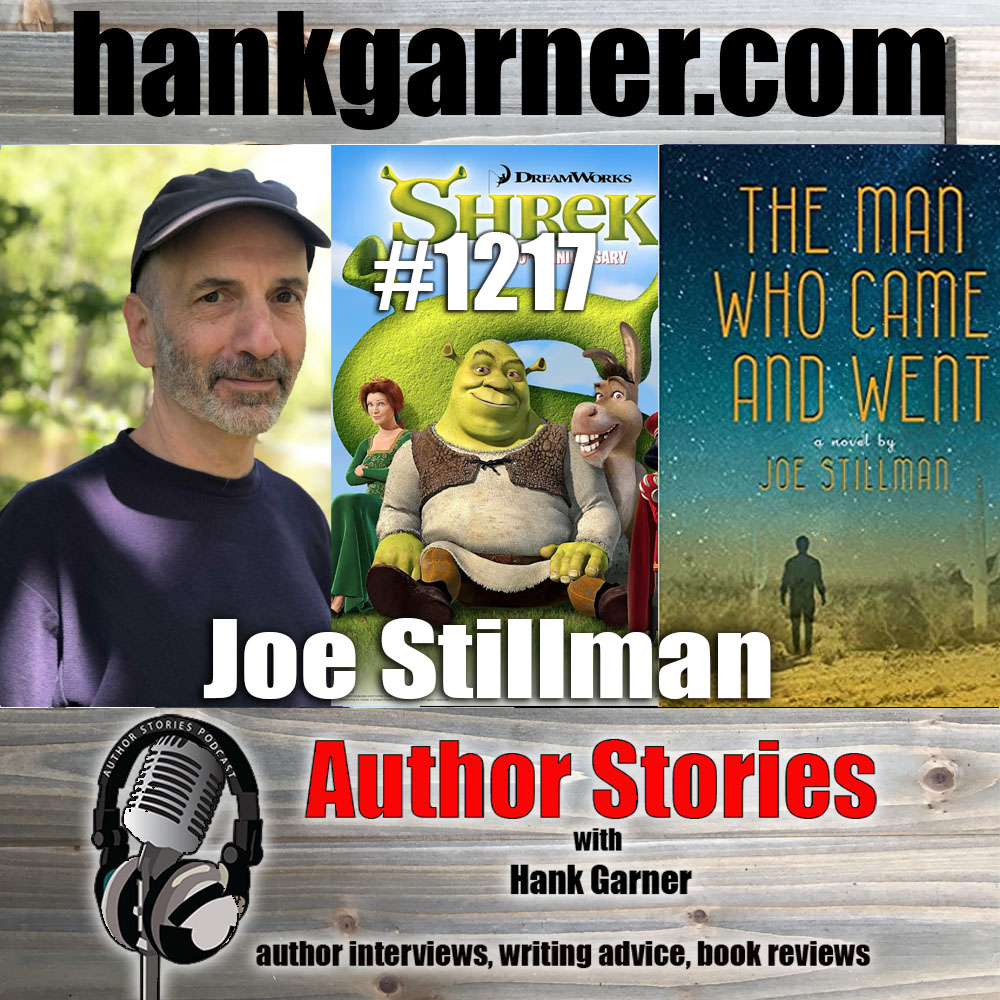 Today’s author interview guest is Joe Stillman, author of The Man Who Came and Went.

The Man Who Came and Went, a novel of the new west, is a magically realistic story for the modern era that will tease your understanding and beliefs, and draw you into the mysteries of the universe, from the brilliant mind of Joe Stillman, acclaimed Academy Award nominated co-writer of “Shrek.”

Fifteen-year-old Belutha Mariah, our storyteller, is the oldest of three kids from three different fathers. Her life’s goal is to keep her dysfunctional mom, Maybell, from procreating yet again and then to leave the coffin-sized town of Hadley, Arizona the second she graduates high school.

Along comes the new grill cook at Maybell’s Diner, Bill Bill, a mysterious drifter with the ability to mind-read orders. As word spreads in Hadley and beyond, the curious and desperate pour into this small desert town to eat at Maybell’s.

Some believe Bill knows the secrets of the universe.

Belutha figures he’s probably nuts. But his cooking starts to transform the lives of locals and visitors, and Belutha finds her angry heart opening, as Bill begins to show her the porous boundary between this life and what comes after.

In a normal American town, something new and strange, and yet achingly familiar, begins to unfold.

His first writing job in college was the movie trailer for Frank Zappa’s, “Baby Snakes.” As a copywriter, Joe worked on over 200 movie campaigns. Eventually that led to TV promos and then “The Adventures of Pete and Pete” for Nickelodeon, on which Joe was head writer. After writing about 20 episodes of “Beavis And Butthead”, Joe pitched “Beavis And Butthead Do America” and wrote it with Mike Judge. It was his first produced feature and, more importantly, provided a tax write-off for the drive from New York to Los Angeles.

His first novel, “The Man Who Came And Went” was the result of a 30 year journey that included failures, near-misses, and approximately 9000 pounds of self-doubt. If you should decide to purchase a copy, the amortized income of Joe’s effort would come to about 9 cents per year, for which he would be very grateful.