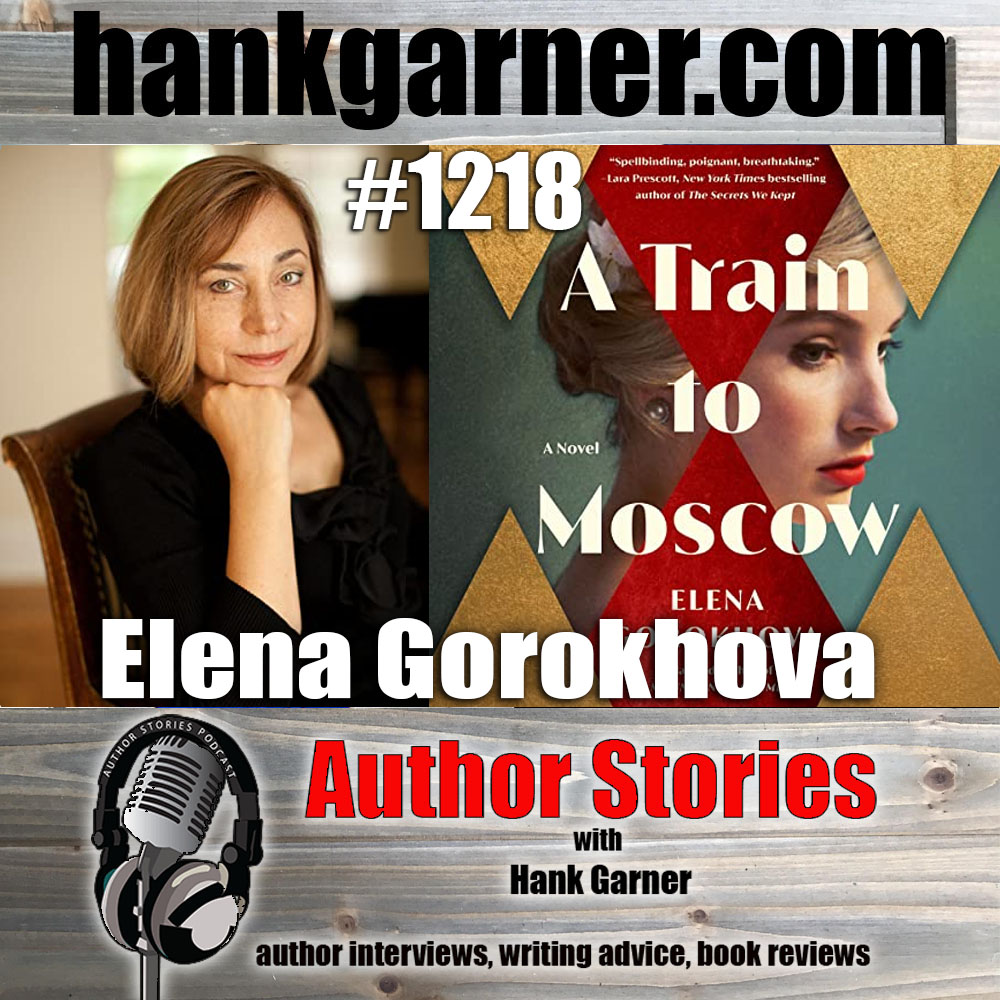 Today’s author interview guest is Elena Gorokhova, author of A Train to Moscow.

In post–World War II Russia, a girl must reconcile a tragic past with her hope for the future in this powerful and poignant novel about family secrets, passion and loss, perseverance and ambition.

In a small, provincial town behind the Iron Curtain, Sasha lives in a house full of secrets, one of which is her own dream of becoming an actress. When she leaves for Moscow to audition for drama school, she defies her mother and grandparents and abandons her first love, Andrei.

Before she leaves, Sasha discovers the hidden war journal of her uncle Kolya, an artist still missing in action years after the war has ended. His pages expose the official lies and the forbidden truth of Stalin’s brutality. Kolya’s revelations and his tragic love story guide Sasha through drama school and cement her determination to live a thousand lives onstage. After graduation, she begins acting in Leningrad, where Andrei, now a Communist Party apparatchik, becomes a censor of her work. As a past secret comes to light, Sasha’s ambitions converge with Andrei’s duties, and Sasha must decide if her dreams are truly worth the necessary sacrifice and if, as her grandmother likes to say, all will indeed be well.

Elena Gorokhova grew up in St. Petersburg, Russia, although for most of her life it was known to her as Leningrad. At the age of 24 she married an American and came to the United States with only a 20 kilogram suitcase to start a new life. Now, Elena is a writer and lives in New Jersey.