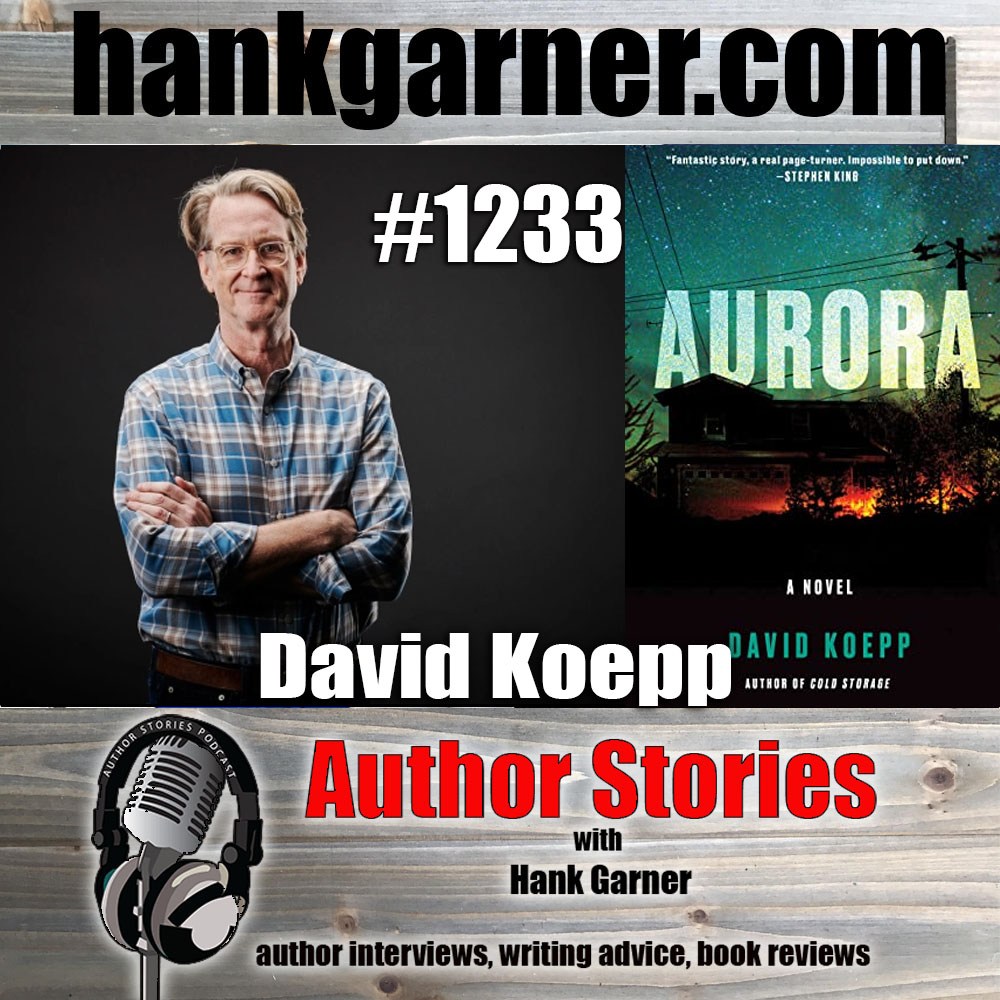 Today’s author interview guest is Jurassic Park screenwriter David Koepp who drops by the show to talk about his new novel Aurora.

From the author of Cold Storage comes a riveting, eerily plausible thriller, told with the menace and flair of Under the Dome or Project Hail Mary, in which a worldwide cataclysm plays out in the lives of one complicated Midwestern family.

In Aurora, Illinois, Aubrey Wheeler is just trying to get by after her semi-criminal ex-husband split, leaving behind his unruly teenage son.

Then the lights go out—not just in Aurora but across the globe. A solar storm has knocked out power almost everywhere. Suddenly, all problems are local, very local, and Aubrey must assume the mantle of fierce protector of her suburban neighborhood.

Across the country lives Aubrey’s estranged brother, Thom. A fantastically wealthy, neurotically over-prepared Silicon Valley CEO, he plans to ride out the crisis in a gilded desert bunker he built for maximum comfort and security.

But the complicated history between the siblings is far from over, and what feels like the end of the world is just the beginning of several long-overdue reckonings—which not everyone will survive . . .

Aurora is suspenseful storytelling—both large scale and small—at its finest.

David Koepp is a celebrated American screenwriter who’s written more than two dozen feature films in a wide variety of genres, including the first two Jurassic Park films, Death Becomes Her, Carlito’s Way, The Paper, Mission: Impossible, Spider-Man, Panic Room, War of the Worlds, Angels and Demons, Inferno, and Kimi. Some of the films he’s both written and directed are Stir of Echoes, Secret Window, Ghost Town, and Premium Rush, the latter two co-written with John Kamps. Koepp is also the author of the novel Cold Storage.