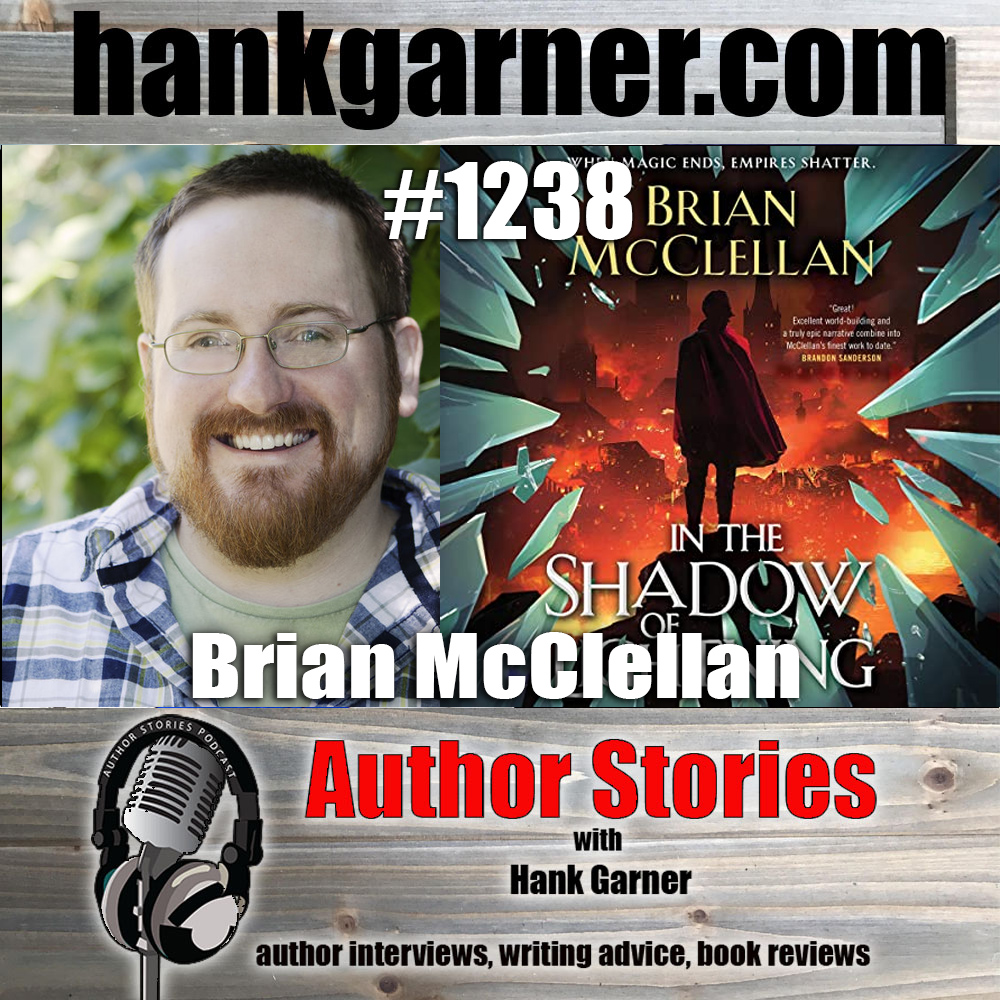 From Brian McClellan, author of The Powder Mage trilogy, comes the first novel in the Glass Immortals series, In the Shadow of Lightning, an epic fantasy where magic is a finite resource—and it’s running out.

“Excellent worldbuilding and a truly epic narrative combine into Brian’s finest work to date. Heartily recommended to anyone who wants a new favorite fantasy series to read.” (Brandon Sanderson)

Demir Grappo is an outcast—he fled a life of wealth and power, abandoning his responsibilities as a general, a governor, and a son. Now he will live out his days as a grifter, rootless, and alone. But when his mother is brutally murdered, Demir must return from exile to claim his seat at the head of the family and uncover the truth that got her killed: the very power that keeps civilization turning, godglass, is running out.

Now, Demir must find allies, old friends and rivals alike, confront the powerful guild-families who are only interested in making the most of the scraps left at the table and uncover the invisible hand that threatens the Empire. A war is coming, a war unlike any other. And Demir and his ragtag group of outcasts are the only thing that stands in the way of the end of life as the world knows it.

“Engaging, fast-paced and epic.” (James Islington, author of In The Shadow of What Was Lost)

“Clever, fun, and by turns beautifully bloody, In the Shadow of Lightning hits like a bolt through a stained glass window.” (Megan E. O’Keefe, author of Chaos Vector)

Brian McClellan is an American epic fantasy author from Cleveland, Ohio. He is known for his acclaimed Powder Mage Universe and essays on the life and business of being a writer.

Brian now lives on the side of a mountain in Utah with his wife, Michele, where he writes books and nurses a crippling video game addiction.

Brian’s novels include the Powder Mage Trilogy (Promise of Blood, The Crimson Campaign, and The Autumn Republic), Gods of Blood and Powder (Sins of Empire, Wrath of Empire, and Blood of Empire), and the Valkyrie Collections (Uncanny Collateral and Blood Tally).