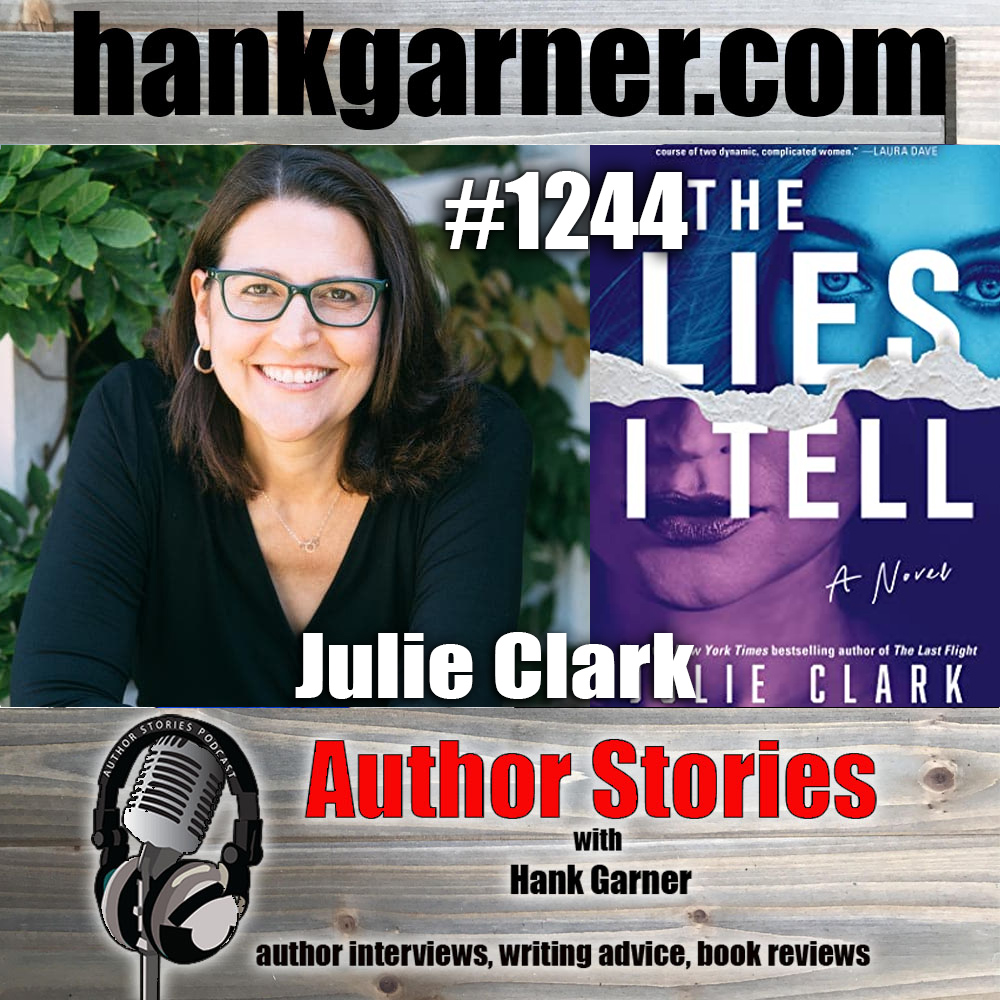 On today’s show we welcome back Julie Clark to talk about her new book The Lies I Tell.

Julie Clark is the New York Times bestselling author of The Ones We Choose and The Last Flight, which was also a #1 international bestseller and has been translated into more than twenty languages. She lives in Los Angeles with her family and a golden doodle with poor impulse control.

AN AMAZON BEST BOOK OF THE MONTH

From the New York Times bestselling author of The Last Flight comes a twisted con-woman thriller about two women out for revenge—or is it justice?

Meg Williams. Maggie Littleton. Melody Wilde. Different names for the same person, depending on the town, depending on the job. She’s a con artist who erases herself to become whoever you need her to be—a college student. A life coach. A real estate agent. Nothing about her is real. She slides alongside you and tells you exactly what you need to hear, and by the time she’s done, you’ve likely lost everything.

Kat Roberts has been waiting ten years for the woman who upended her life to return. And now that she has, Kat is determined to be the one to expose her. But as the two women grow closer, Kat’s long-held assumptions begin to crumble, leaving Kat to wonder who Meg’s true target is.

The Lies I Tell is a twisted domestic thriller that dives deep into the psyches and motivations of two women and their unwavering quest to seek justice for the past and rewrite the future.

Praise for The Last Flight by Julie Clark:

“Thoroughly absorbing…the characters get under your skin.” —The New York Times

“You won’t be able to put it down.” —People.com