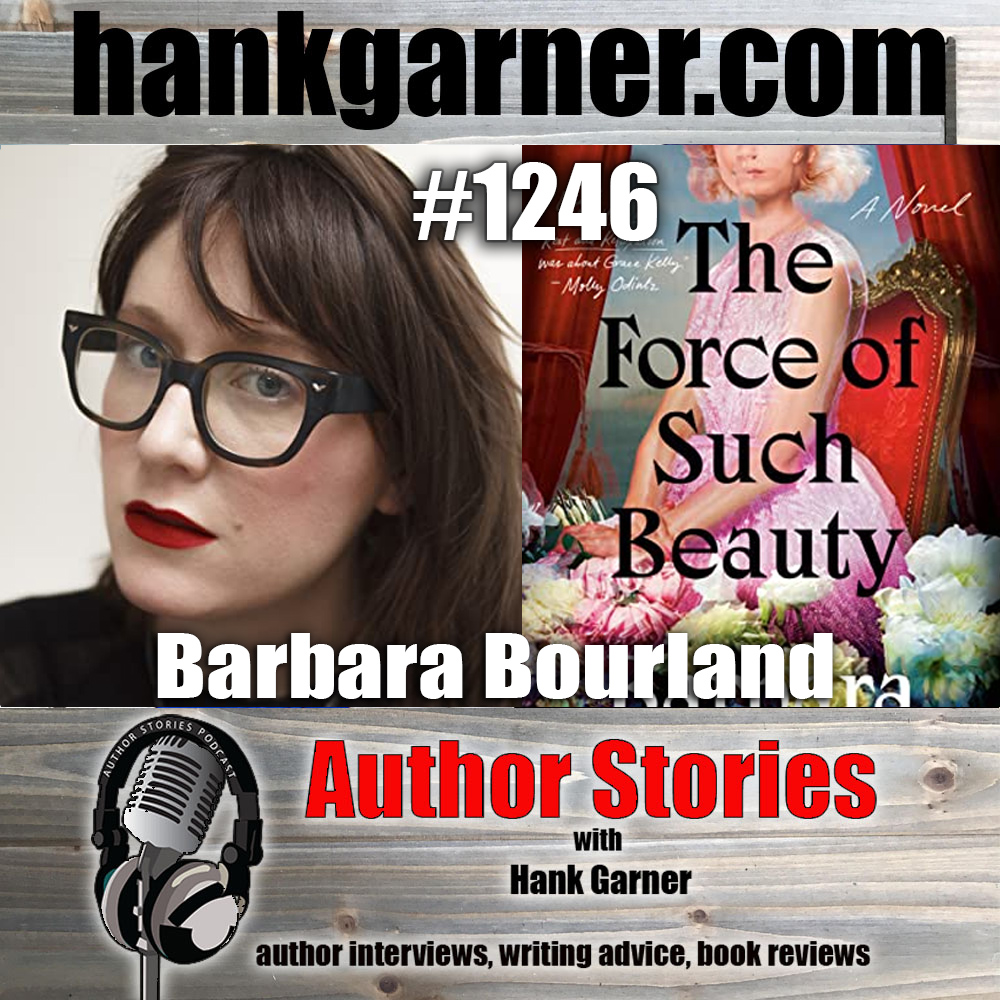 Today’s author interview guest is Barbara Bourland, author of The Force of Such Beauty.

After a failed attempt at escape, the princess of a tiny kingdom begins to reevaluate her life.

“Domestic drama, sparkling fairy tale, cautionary fable, and suspenseful mystery all laced into one.” —Booklist, STARRED REVIEW
“Like if My Year of Rest and Relaxation was about Grace Kelly.” —Molly Odintz, CrimeReads

Caroline, a former marathon runner who dropped out of school at fourteen to pursue an Olympic medal, was the perfect candidate for a tiara: shapely, disciplined, accustomed to public attention, and utterly uneducated.

After she meets Finn, the handsome prince of a small European kingdom, her fate is sealed. With a collar of pearls locked around her throat and a rope of diamonds leashing her to a balcony, Caroline uses her once-powerful body to smile, wave, and produce children with perfect grace.

But once she begins to open her eyes to the world around her—and examine her own reflection—Caroline discovers that she may have entered a bargain that cannot be undone.

Barbara Bourland’s stunning third novel is her most ambitious and most imaginative book to date.  Inspired by accounts of real-life princesses who yearned to escape, and set in a grotesque and gaudy prerecession 2000s Europe, The Force of Such Beauty is a heart-wrenching and compulsively readable testament to the way in which real-life power structures around the world ultimately rest on the subjugation of women’s bodies.

Barbara Bourland is the author of two previous novels: I’ll Eat When I’m Dead and Fake Like Me, a 2020 Edgar nominee for Best Novel. She lives in Baltimore, Maryland.