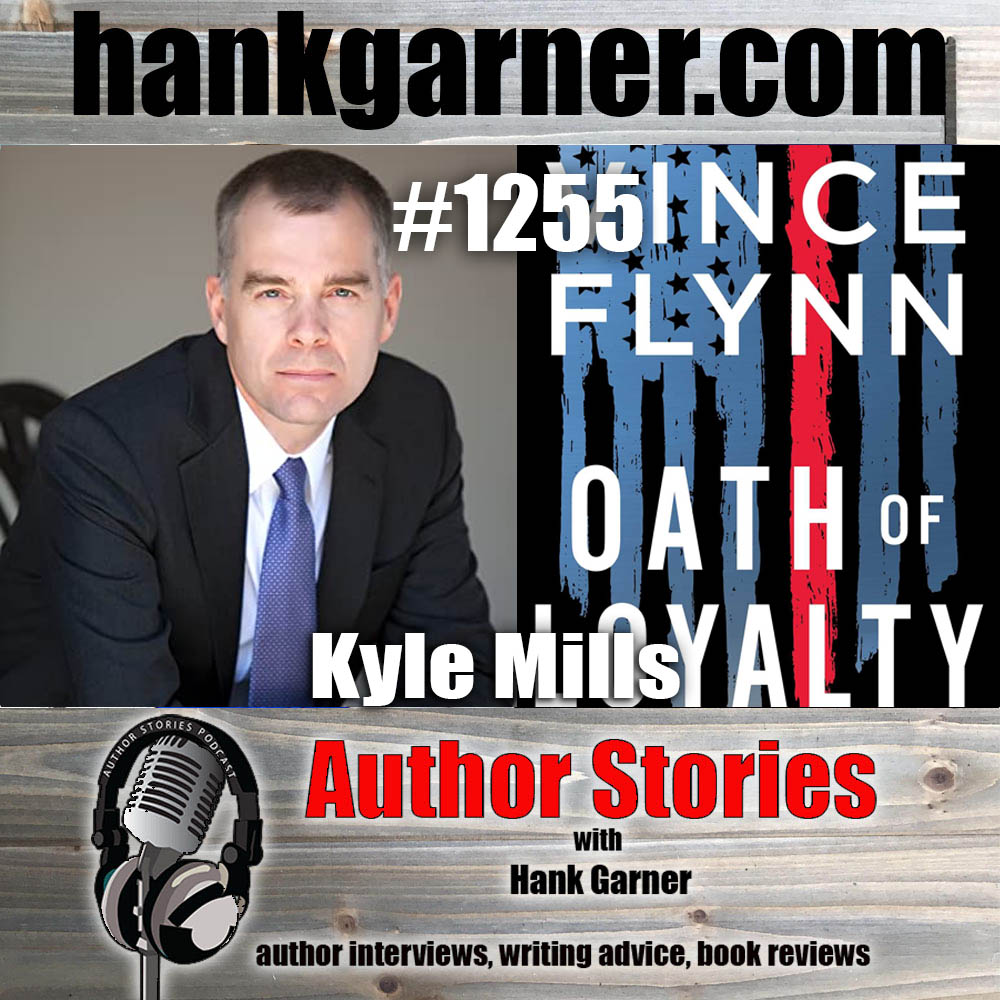 Author Stories is commercial free. If you get value from this podcast, consider leaving a tip at https://www.paypal.com/paypalme/authorhankgarner.

Today I am excited to welcome our friend Kyle Mills back to the show to talk about his new book Oath of Loyalty.

With President Anthony Cook convinced that Mitch Rapp poses a mortal threat to him, CIA Director Irene Kennedy is forced to construct a truce between the two men. The terms are simple: Rapp agrees to leave the country and stay in plain sight for as long as Cook controls the White House. In exchange, the administration agrees not to make any moves against him.

This fragile détente holds until Cook’s power-hungry security adviser convinces him that Rapp has no intention of honoring their agreement. In an effort to put him on the defensive, they leak the true identity of his partner, Claudia Gould. As Rapp races to neutralize the enemies organizing against her, he discovers that a new generation of assassins is on her trail. A killer known to intelligence agencies only as Legion.

The shadowy group has created a business model based on double-blind secrecy. Neither the killer nor the client knows the other’s identity. Because of this, Legion can’t be called off nor can they afford to fail. No matter how long it takes—weeks, months, years—they won’t stand down until their target is dead. Faced with the seemingly impossible task of finding and stopping Legion, Rapp and his people must close ranks against a world that has turned on them.

Kyle Mills is the #1 New York Times bestselling author of twenty-two political thrillers, including Enemy at the Gates, Total Power, and Lethal Agent for Vince Flynn and The Patriot Attack for Robert Ludlum. He initially found inspiration from his father, an FBI agent and former Interpol director, and still draws on his contacts in the intelligence community to give his books such realism. Avid outdoor athletes and travelers, he and his wife split their time between Jackson Hole, Wyoming, and Granada, Spain. Visit his website at KyleMills.com or connect with him on Twitter, Facebook, and Instagram at @KyleMillsAuthor.