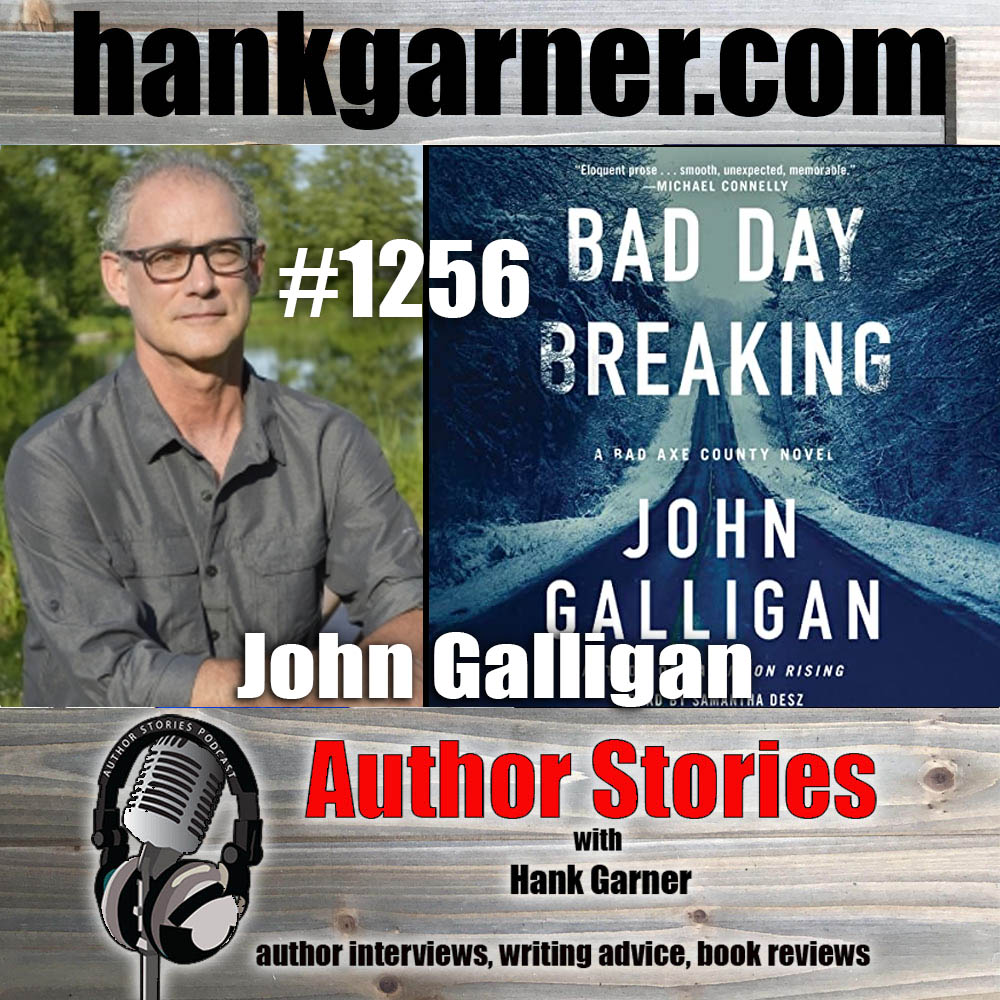 Author Stories is commercial free. If you get value from this podcast, consider leaving a tip at https://www.paypal.com/paypalme/authorhankgarner.

Wild Wild Country and Longmire meet in the latest in the “gritty, brash, and totally gripping” (The Real Book Spy) Bad Axe County series, as Sheriff Heidi Kick struggles to prevent a radical religious sect from turning her county into the next Jonestown, all while a dark secret from her past puts her life in danger.

A strange religious sect has arrived in Bad Axe County, Wisconsin. Armed with guns, an enigmatic spiritual leader and his followers set up their compound in an abandoned storage lot. It’s not long before rumors start to spread of sadistic rituals and a planned takeover of the local government. But when one of the followers is found dead in the river, that’s when full-on panic sets in.

Sheriff Heidi Kick may not be a fan of the new group, but she is also dismayed by the hostile reaction of the Bad Axe community. With a murder investigation on her hands, the situation becomes more complicated when Sheriff Kick finds out an ex-boyfriend from her youth is out on parole early and looking to hunt her down. With a tumultuous snowstorm on the horizon, the cult members are on the verge of freezing, Bad Axe is on the edge of violence, and Sheriff Kick is just one false step away from losing her family, her town, and her very life.

By a writer at the height of his powers, Bad Day Breaking is a thrilling mystery that explores the price paid for following false leaders and the power we each have to triumph over trauma.

John Galligan is the author of the soon to be released Bad Moon Rising,  which along with Dead Man Dancing, is the third in the Bad Axe County  series. He has written five other novels: Red Sky, Red Dragonfly; The Nail Knot; The Blood Knot; The Clinch Knot; and The Wind Knot.

In addition to being a novelist, he has worked as a newspaper journalist, feature-film screenwriter, house painter, au pair, ESL teacher, cab driver, and freezer boy in a salmon cannery. He teaches writing at Madison College, where his experience is enriched by students from every corner of the local and world communities. He has won awards as a feature journalist, sports journalist, and short story writer before settling on a career as a novelist.

A native of Madison, Wisconsin, John is a graduate of the University of Wisconsin-Madison, with degrees in Environmental Policy (BS) and English Literature (MA).

THE SEVEN ESSENTIAL ELEMENTS OF FISHING-RELATED CRIME FICTION
Obsessives and eccentrics populate the fishing world. You better know your stuff if you’re going to set your crime fiction there.
Crimereads article by John Galligan