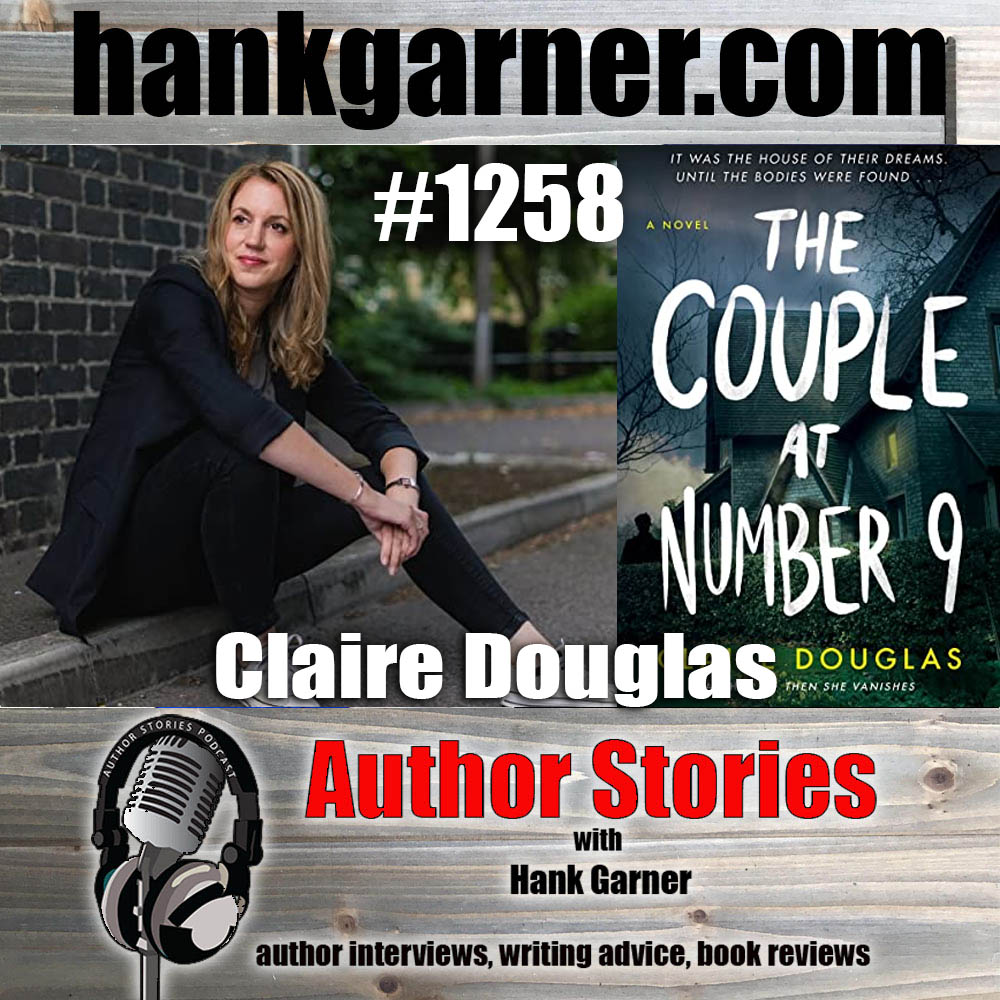 On today’s show we welcome back Claire Douglas to talk about her new book The Couple At Number 9.

“Tense, twisty, fraught with emotion and packed with secrets, The Couple at Number 9 is Claire’s best thriller yet.”—Gilly MacMillan, bestselling author of What She Knew

The internationally bestselling author of Do Not Disturb and Just Like the Other Girls delivers a heart-pounding psychological thriller about a couple who inherit what seems to be their dream home, until they make a horrifying discovery—and the danger begins.

When pregnant Saffron Cutler moves into 9 Skelton Place with boyfriend Tom and sets about renovations, the last thing she expects is builders uncovering human remains. The remains of two bodies, in fact.

Forensics indicate the bodies have been buried at least thirty years. Saffy has nothing to worry about—until the police launch a murder inquiry and ask to speak to the cottage’s former owner. Her grandmother, Rose.

Rose is in a nursing home and Alzheimer’s means her memory is increasingly confused. She can’t help the police, but its’ clear she remembers something.

As Rose’s fragmented memories resurface, and the police dig ever deeper, Saffy fears she and the cottage are being watched.

What happened thirty years ago? Why did no one miss the victims? What part did her grandmother play? And is Saffy now in danger?

Claire Douglas has worked as a journalist for fifteen years, writing features for women’s magazines and newspapers, but she’s dreamed of being a novelist since the age of seven. She finally got her wish after winning Marie Claire’s Debut Novel Award for her first book, The Sisters, which became a bestseller. She lives in Bath, England, with her husband and two children.