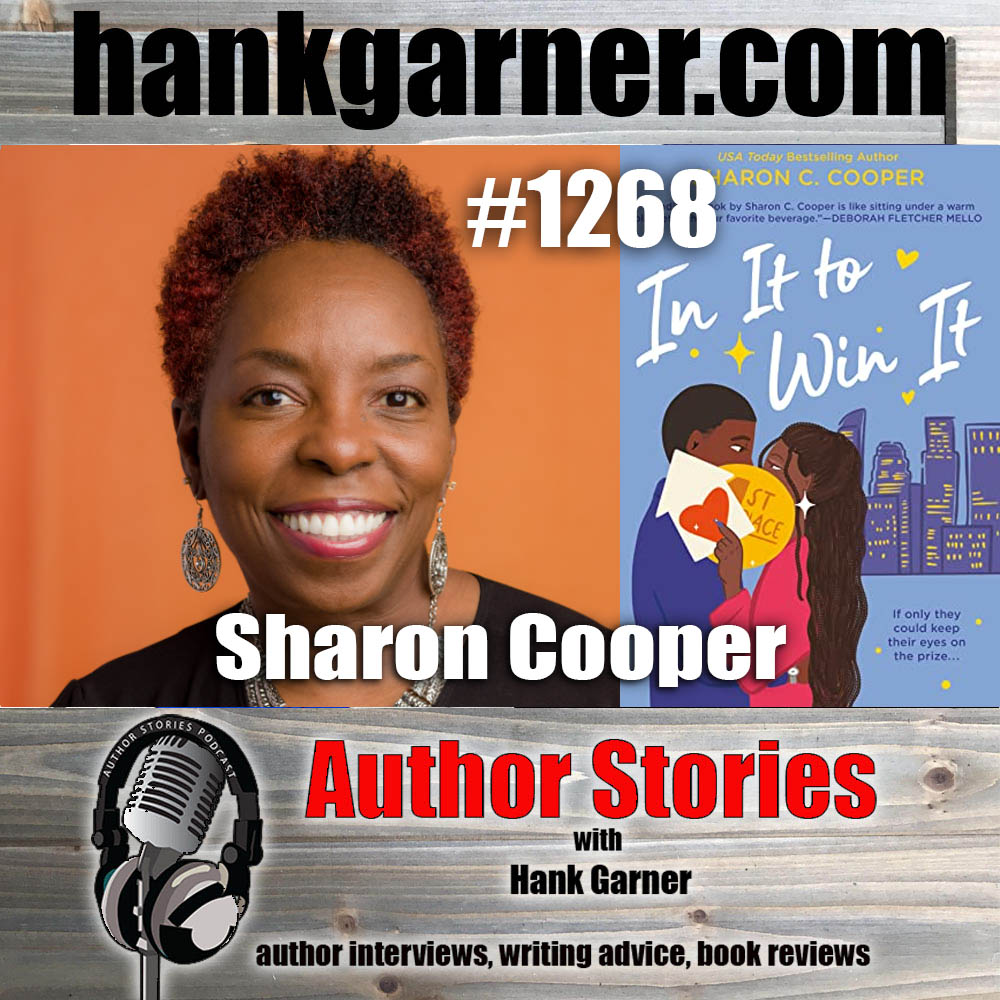 Today’s author interview guest is Sharon Cooper, author of In It to Win It.

Spoiled, fickle, and prissy are only a few of the adjectives that have been used to describe Morgan Redford. Though she’s never had to worry about money, she’s determined to make a name for herself on her own terms. Her new venture won’t be an epic fail like her former professional cuddling service or the short-lived pet hotel. This time, through the nonprofit she cofounded, Morgan is doing something meaningful—helping teens who are aging out of foster care—and she’s got her eye on a property that could house these kids. But the competition is steep, and one of the bidders is someone she never expected. . . .

When real estate developer Drake Faulkner learns that his ex—the one who ghosted him years ago—is a potential buyer for the property his eccentric mentor is selling, his competitive streak amps up. No way is he letting her win the property he wants. Bitter? Yes. Petty? Probably. But his mentor has a stipulation: potential buyers must participate in an Ironman competition of sorts for the property. Drake refuses to play along with this ridiculous demand, until he discovers Morgan has signed up. If Little Miss Can’t Run a Block Without Gasping for Air is doing it, he will too. But as the gauntlet of games heats up and forces them to face the past, they are met with a pull that feels all too familiar.

Now, if only they could keep their eyes on the prize instead of on each other—but who’s to say they can’t do both?

USA Today bestselling author Sharon C. Cooper loves anything involving romance with a happily-ever-after, whether in books, movies, or real life. She writes contemporary romance, as well as romantic suspense and enjoys rainy days, carpet picnics, and peanut butter and jelly sandwiches. Her stories have won numerous awards over the years, and when Sharon isn’t writing, she’s hanging out with her amazing husband, doing volunteer work, or reading a good book (a romance of course). To read more about Sharon and her novels, visit www.sharoncooper.net