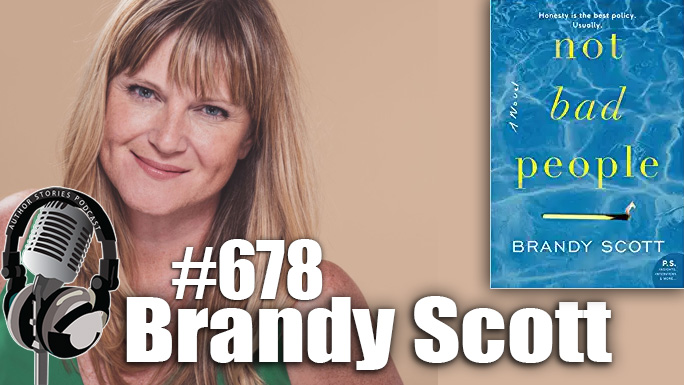 Today’s author interview is with Brandy Scott, Not Bad People.

A clever, compelling debut novel with a unique premise of what happens when three best friends engage in what seems to be a harmless act, but instead results in tragedy, leading the women to confront buried resentments, shattering secrets, dark lies, and the moral consequences that could alter their lives forever.

Three friends, thirty years of shared secrets, one impulsive gesture…and a terrible accident. When friendship goes bad, someone has to pay.

It’s New Year’s Eve. Three thirty-something women—Aimee, Melinda and Lou—best friends for decades, let off sky lanterns filled with resolutions: for meaning, for freedom, for money. As the glowing paper bags float away, there’s a bright flare in the distance. It could be a sign of luck—or the start of a complete nightmare that will upend their friendships, families, and careers.

The day after their ceremony, the newspapers report a small plane crash—two victims pulled from the wreckage, one a young boy. Were they responsible? Aimee thinks they are, Melinda won’t accept it, and Lou has problems of her own. It’s a toxic recipe for guilt trips, shame, obsession, blackmail, and power games.

Brandy Scott is a radio presenter based in Dubai. Her 20-year journalism career has seen her work across radio, newspapers and magazines in several countries. Not Bad People is her first novel.