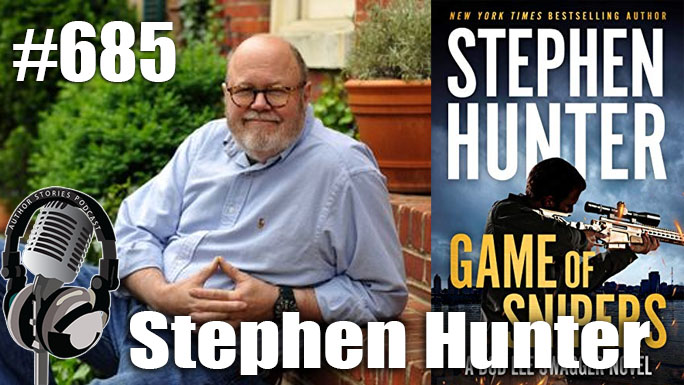 In this blazing new thriller from Pulitzer Prize winner Stephen Hunter, master sniper Bob Lee Swagger takes on his biggest job to date…and confronts an assassin with skills that match his own.

When Bob Lee Swagger is approached by a woman who lost a son to war and has spent the years since risking all that she has to find the sniper who pulled the trigger, he knows right away he’ll do everything in his power to help her. But what begins as a favor becomes an obsession, and soon Swagger is back in the action, teaming up with the Mossad, the FBI, and local American law enforcement as he tracks a sniper who is his own equal…and attempts to decipher that assassin’s ultimate target before it’s too late.

With all-too-real threats and a twisty, masterful storytelling, Game of Snipers is another gripping addition to a bestselling Bob Lee Swagger series.

Stephen Hunter is the author of more than twenty novels. The retired chief film critic for The Washington Post, where he won the 2003 Pulitzer Prize for Distinguished Criticism, he has also published two collections of film criticism and a nonfiction work, American Gunfight. His novel, Point of Impact, was adapted for film as Shooter, starring Mark Wahlberg, and aired as a TV series. He lives in Baltimore, Maryland.