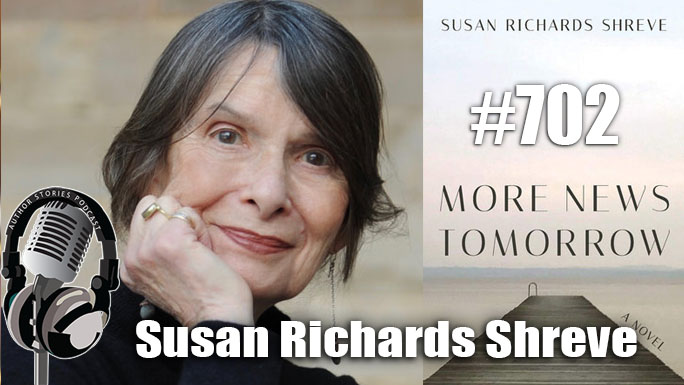 A thrilling and richly drawn family drama about a daughter’s quest to understand her mother’s mysterious death.

On the morning of her seventieth birthday, Georgianna Grove receives an unexpected letter that calls her back to Missing Lake, Wisconsin, where her mother was murdered sixty-six years earlier. Georgie’s father had confessed to the murder the next morning and was carted off to a state penitentiary. Haunted by the night that took both her parents away and determined to unearth the truth, Georgie takes her reluctant family on what will become a dangerous canoe trip up the swollen Bone River to return to Missing Lake.

Acclaimed novelist Susan Richards Shreve, celebrated for her “refined explorations of parent-child relationships” (Washington Post), captures the tenor of the times with clarity and elegance as she follows both Georgie and her parents on parallel trips up the Bone River, weaving together the hope of June 2008 with the injustices of June 1941. Georgie must untangle a web of bigotry, loss, and half-forgotten memories to finally understand her parents’ fate.

More News Tomorrow is a stirring and irresistible portrait of a family drawn together in search of truth.

Susan Shreve is the author of fifteen novels, most recently You Are the Love of My Life, a memoir Warm Springs: Traces of a Childhood and twenty-nine books for children. She has edited or co-edited five anthologies and her essays have appeared in several collections as well as The New York Times, The Washington Post and several magazines.

She was co-founder and has been a Professor in the Master of Fine Arts Program at George Mason University for more than forty years. Susan has been a Jenny Moore Fellow at George Washington University, a visiting writer at Princeton University, for several years at the School of the Arts of Columbia University, Bennington College Summer Seminars and Goucher College.

In 1985, she co-founded the PEN/Faulkner Foundation and served for thirty years most recently as Chairman. PEN/Faulkner began as an award in Fiction but developed a Writers in Schools Program in which more than 200 writers discuss their books in all of the DC public and public charter schools. The writers work as well with incarcerated youth and pregnant high school students.

She has been a recipient of a Guggenheim Fellowship in Fiction, a grant in fiction from the National Endowment for the Arts, the Grub Street Award in Non-Fiction, the Alumni Award at the Sidwell Friends School, and the Writers for Writers Award from Poets and Writers. She serves on the Advisory Board of Poets and Writers, the Advisory Board of 826DC and the board for The Cheuse International Center at George Mason University.