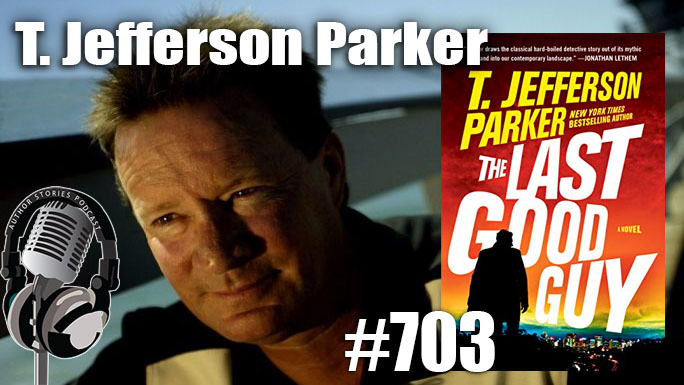 In this electrifying new thriller from three-time Edgar Award winner and New York Times bestseller T. Jefferson Parker, Private Investigator Roland Ford hunts for a missing teenager and uncovers a dark conspiracy in his most personal case yet.

When hired by a beautiful and enigmatic woman to find her missing younger sister, private investigator Roland Ford immediately senses that the case is not what it seems. He is soon swept up in a web of lies and secrets as he searches for the teenager, and even his new client cannot be trusted. His investigation leads him to a secretive charter school, skinhead thugs, a cadre of American Nazis hidden in a desert compound, an arch-conservative celebrity evangelist–and, finally, to the girl herself. The Last Good Guy is Ford’s most challenging case to date, one that will leave him questioning everything he thought he knew about decency, honesty, and the battle between good and evil…if it doesn’t kill him first.

T. Jefferson Parker was born in Los Angeles and has lived all his life in Southern California. He earned a bachelor’s degree in English from the University of California, Irvine, in 1976 and began working as a cub reporter for a weekly newspaper in 1978. Parker’s first novel, Laguna Heat, was published to rave reviews in 1985 and made into an HBO movie starring Harry Hamlin, Jason Robards and Rip Torn just two years later. His subsequent novels—all dealing with crime, life and death against a sunny Southern California backdrop—have also elicited high acclaim and been noted bestsellers. His unique style of mystery writing has won him three Edgar Awards and the Los Angeles Times Book Prize.