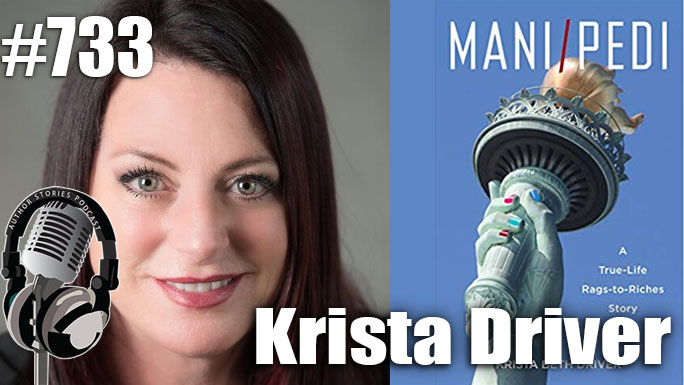 She left everything behind and risked not only her life, but also the lives of her two small children to escape from Vietnam after the Fall of Saigon. In the middle of the night, Charlie―along with her husband, two toddlers and two young sisters―joined 100 other people on a tiny boat and fled their home country. The journey was long and dangerous, but after almost two years in refugee camps, the family finally made it to America.

After emigrating, as many Vietnamese refugee women did, Charlie began working in the booming nail industry. When her path crossed with Olivett, an African American woman, they became business partners―and built an empire together. After only a few years in the US, Charlie was a millionaire and living the American dream. Her tale is one of tragedy and triumph―a true rags to riches story that will amaze and inspire readers from all walks of life.

Born to a teen mother and a child of the foster care system for four years before she was adopted, Dr. Krista Driver started out as the epitome of the “underdog.” Today a licensed marriage and family therapist with a doctorate in psychology, Dr. Driver has dedicated her career to working with the most vulnerable in her community. A perpetual observer with an innate curiosity for other people’s stories, when she stumbled across an incredibly fascinating tale of one woman’s escape from Vietnam, she felt compelled to write about it. It all began in a nail salon in Orange, California with a simple question: “Where are you from?” As the CEO of a nonprofit counseling center that specializes in providing mental health services to women and children, Dr. Driver sees Mani/Pedi as a natural extension of her work.