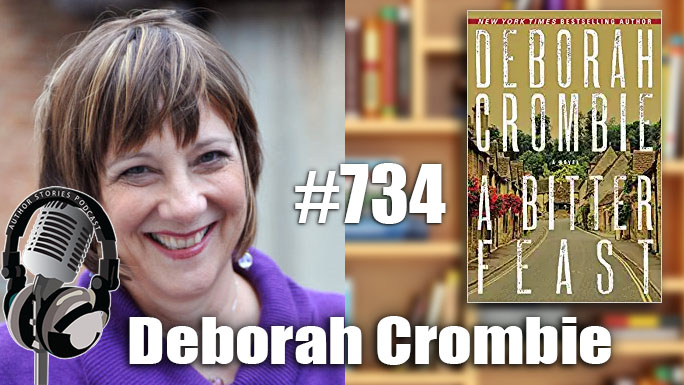 “Crombie’s characters are rich, emotionally textured, fully human. They are the remarkable creations of a remarkable writer.”—Louise Penny

New York Times bestselling author Deborah Crombie returns with a mesmerizing entry in her “excellent” (Miami Herald) series, in which Scotland Yard detectives Duncan Kincaid and Gemma James are pulled into a dangerous web of secrets, lies, and murder that simmers beneath the surface of a tranquil Cotswolds village.

Scotland Yard Detective Superintendent Duncan Kincaid and his wife, Detective Inspector Gemma James, have been invited for a relaxing weekend in the Cotswolds, one of Britain’s most enchanting regions, famous for its rolling hills, golden cottages, and picturesque villages.

Duncan, Gemma, and their children are guests at Beck House, the family estate of Melody Talbot, Gemma’s detective sergeant. The Talbot family is wealthy, prominent, and powerful—Melody’s father is the publisher of one of London’s largest and most influential newspapers. The centerpiece of this glorious fall getaway is a posh charity harvest luncheon catered by up-and-coming chef Viv Holland. After fifteen years in London’s cut-throat food scene, Viv has returned to the Gloucestershire valleys of her childhood and quickly made a name for herself with her innovative meals based on traditional cuisine but using fresh local ingredients. Attended by the local well-to-do as well as national press food bloggers and restaurant critics, the event could make Viv a star.

But a tragic car accident and a series of mysterious deaths rock the estate and pull Duncan and Gemma into the investigation. It soon becomes clear that the killer has a connection with Viv’s pub—or, perhaps, with Beck House itself.

Does the truth lie in the past? Or is it closer to home, tied up in the tangled relationships and bitter resentments between the staff at Beck House and Viv’s new pub? Or is it more personal, entwined with secrets hidden by Viv and those closest to her?

Deborah Crombie grew up near Dallas, Texas, but from a child always had the inexplicable feeling that she belonged in England. After earning a Bachelor’s degree in Biology from Austin College in Sherman, Texas, she made her first trip to Britain and felt she’d come home. She later lived in both Chester, England, and Edinburgh, Scotland, where she failed to make as good a use of being cold and poor as JK Rowling.

It was not until almost a decade later that, living once more in Texas and raising her small daughter, she had the idea for her first novel, a mystery set in Yorkshire. She had no credentials other than a desire to write and a severe case of homesickness for Britain. A Share in Death, published in 1993, was short-listed for both Agatha and Macavity awards for Best First Novel and was awarded the Macavity.

Crombie’s fifth novel, Dreaming of the Bones, was a New York Times Notable Book in 1997, was named by the Independent Mystery Booksellers as one of the 100 Best Crime Novels of the Century, was an Edgar nominee for Best Novel, and won the Macavity award for Best Novel.

Subsequent novels have been published to critical acclaim and in a dozen languages. Crombie’s 18th novel featuring Metropolitan Police detectives Superintendent Duncan Kincaid and Inspector Gemma James, A BITTER FEAST will be published by Harper Collins in October, 2019.

The author still lives in Texas but spends several months out of the year in Britain, maintaining a precarious balance between the two, and occasionally confusing her cultural references.