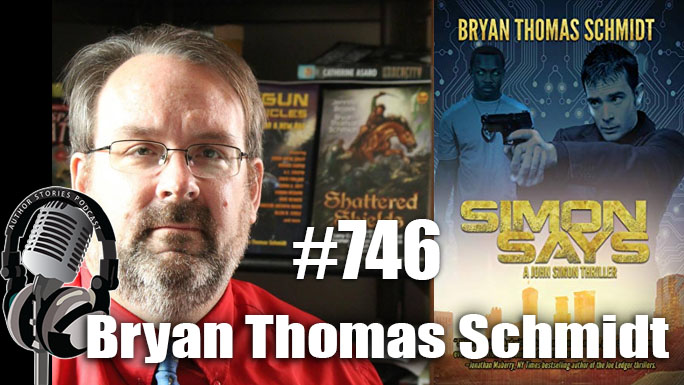 Master Detective John Simon is a tough, streetwise seventeen year veteran of the Kansas City Police Department with a healthy disdain for the encroachment of modern technology into his workplace. When his partner is kidnapped after a routine stakeout by thugs with seeming ties to connected, wealthy art dealer Benjamin Ashman, he’s determined to find the truth, but the only witness is a humanoid android named Lucas George. Reluctantly, he takes Lucas along as he begins to investigate and soon finds himself depending more and more on the very technology he so distrusts. Meanwhile, Simon’s precocious teenage daughter begins to teach Lucas how to sound More like a cop using dialogue from famous cop movies. If only he’d use them in the appropriate context.

As the two men dig in deeper, they find themselves and every witness they touch faced with danger from assassins as they begin to uncover a conspiracy that may stretch from the heights of the KCPD itself to South America and beyond. Can they identify the guilty before it’s too late without getting themselves killed in the process?

This exciting new mix of near future science fiction and procedural thriller captures the gritty realism of Michael Connelly’s Bosch, the humor and action of Lethal Weapon, and follows the classic science fiction tradition of Isaac Asimov’s City of Steel. From the editor of the international bestselling phenomenon The Martian by Andy Weir, and the national bestselling author of tales including official entries in The X-Files, Predator, and the Joe Ledger thrillers, comes this action-packed first entry in an exciting new series.

Bryan Thomas Schmidt is a national bestselling author and Hugo-nominated editor of adult and children’s speculative fiction. His debut novel, The Worker Prince received Honorable Mention on Barnes & Noble Book Club’s Year’s Best Science Fiction Releases. His short stories have appeared in magazines, anthologies and online and include canon entries in The X-Files, Predator, Joe Ledger, Monster Hunter International, and Decipher’s WARS, amongst others. As book editor he was the first editor on Andy Weir’s bestseller The Martian and has edited books by such luminaries as Alan Dean Foster, Tracy Hickman, Frank Herbert, Mike Resnick, Todd McCaffrey, Jean Rabe and more. His anthologies as editor include Infinite Stars and Predator: If It Bleeds for Titan Books, Shattered Shields with co-editor Jennifer Brozek, Mission: Tomorrow, Galactic Games, Little Green Men–Attack! with Robin Wayne Bailey, and The Monster Hunter Tales with Larry Correia all for Baen, Space Battles: Full Throttle Space Tales #6, Beyond The Sun and Raygun Chronicles: Space Opera For a New Age for various small presses and Joe Ledger: Unstoppable with Jonathan Maberry for St. Martin’s Press. Find him online at: