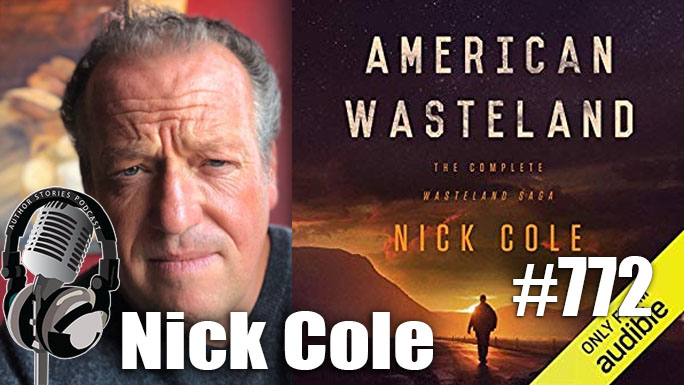 Forty years after the destruction of civilization…man is reduced to salvaging the ruins of a broken world. One man’s most prized possession is an ancient novel. With the words of the classic echoing across the wasteland, the survivor of the nuclear holocaust journeys into the unknown to break a curse. What follows is an incredible tale of survival and endurance.

One man must survive the desert wilderness and mankind gone savage to live the classic struggle of man versus nature. Part Hemingway, part Cormac McCarthy’s The Road, a suspenseful odyssey into the dark heart of the post-apocalyptic American southwest.

Nick Cole is a former soldier and working actor living in Southern California. When he is not auditioning for commercials, going out for sitcoms or being shot, kicked, stabbed or beaten by the students of various film schools for their projects, he can be found writing books. Nick’s Book The Old Man and the Wasteland was an Amazon Bestseller and #1 in Science Fiction. In 2016 Nick’s book CTRL ALT Revolt won the Dragon Award for Best Apocalyptic novel.

GET A FREE BOOK: http://bit.ly/TheRedKing

Chat with Nick about the end of the world, the rise of the robot overlords and everything else over at Facebook: https://www.facebook.com/nickcolebooks/