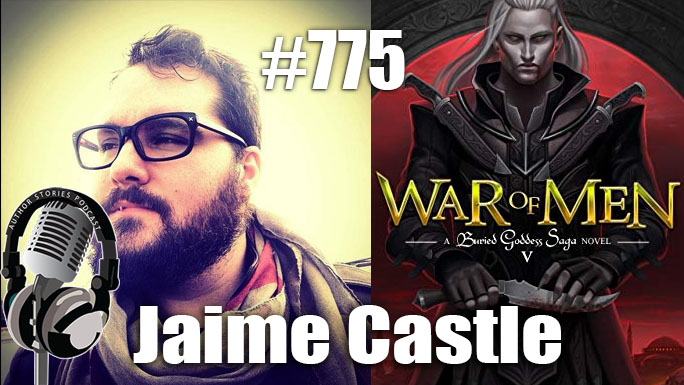 From Book 1: A rotten thief. A disgraced knight. Only together can they save the kingdom.
When the young king’s soul is stolen by a cultist desperate to resurrect the Buried Goddess, exiled knight Torsten Unger makes it his sworn duty to get it back. He has one chance to restore his honor. But he can’t do it alone. He’ll need a thief.

Whitney Fierstown planned the perfect heist, one that would have made him a legend among thieves, until he got caught. Now, a knight with a questionable reputation is offering a deal: rot and die in a dank cell or join him on a dangerous expedition to put his skills to good use and earn his freedom.

Whitney and Torsten must put aside their differences and work together to battle unholy cults, demons, rebels, and worse to become the heroes their war-torn kingdom never expected…if they don’t kill each other first.

Get Book 1 of the Buried Goddess Saga today!

You can also enjoy the series on Audible, performed by the award-winning Luke Daniels. (The Iron Druid Chronicles, Off to be the Wizard). It’s perfect for fans of epic fantasy adventures like the King’s Dark Tidings, Riryia Chronicles and The Hobbit.

Jaime Castle hails from the great nation of Texas where he lives with his wife and two children and enjoys anything creative. A self-proclaimed comic book nerd and artist, he spends what little free time he can muster with his art tablet.

Jaime co-created and co-authored The Buried Goddess Saga, which includes the IPPY award-winning Web of Eyes.

The Buried Goddess Saga:
Web of Eyes
Winds of War
Will of Fire
Way of Gods
War of Men
Word of Truth

Find out more at www.jaimecastle.com