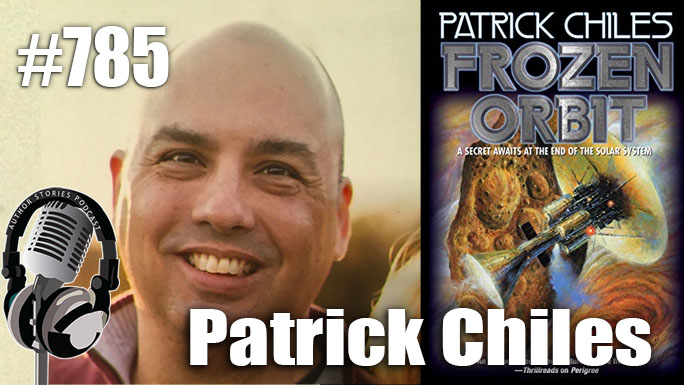 THE BEGINNING OF LIFE AWAITS AT THE END OF THE SOLAR SYSTEM.

A FROZEN ANSWER AT THE EDGE OF PLANETARY SPACE

Set to embark on NASA’s first expedition to the outer planets, the crew of the spacecraft Magellan learns someone else has beaten them by a few decades: a top-secret Soviet project codenamed Arkangel.

Now during their long race to the Kuiper Belt, astronauts Jack Templeton and Traci Keene must unwind a decades-old mystery buried in the pages of a dead cosmonaut’s journal. The solution will challenge their beliefs about the nature of humanity, and will force the astronauts to confront the question of existence itself. And the final answer lies at the edge of the Solar System, waiting to change everything.

About Farside by Patrick Chiles:

“The situations are realistic, the characters interesting, the perils harrowing, and the stakes could not be higher…The story is one of problem solving, adventure, survival, improvisation, and includes one of the most unusual episodes of space combat in all of science fiction. It would make a terrific movie.”— John Walker, Ricochet.com

“…a fast-paced and exciting story which bounces between the borders of technological thriller and science fiction…Farside is an impressive effort.”—Mark Lardas, The Galveston County Daily News

Patrick Chiles has been fascinated by airplanes, rockets, and spaceflight ever since he was a little kid growing up in South Carolina. How he ended up as an English major in college is still a mystery, though he managed to overcome this self-inflicted handicap to pursue a career in aviation.
He is a graduate of The Citadel and a Marine Corps veteran, a licensed pilot, and an aviation safety manager. In addition to his novels, he has written for magazines such as Smithsonian’s Air & Space. He currently resides in Tennessee with his wife and sons, two lethargic dachshunds, and a bovine cat.