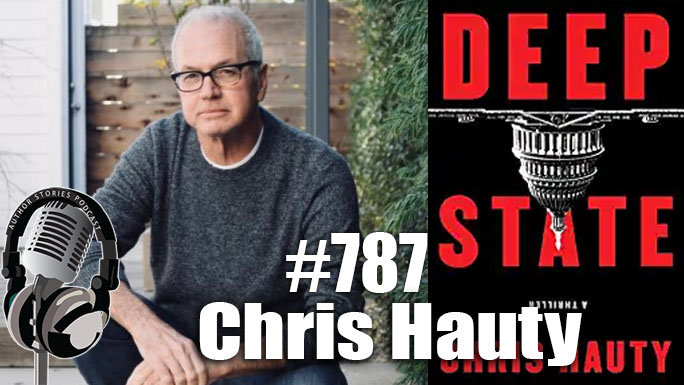 “The plot…rings eerily true…will keep you turning the pages well into the night.” —Jack Carr, former Navy SEAL and acclaimed author of The Terminal List and True Believer

In this white-knuckled, timely, and whip-smart debut thriller, a deadly plot against the president’s life emerges from the shadows of the Deep State.

Recently elected President Richard Monroe—populist, controversial, and divisive—is at the center of an increasingly polarized Washington, DC. Never has the partisan drama been so tense or the paranoia so rampant. In the midst of contentious political turf wars, the White House chief of staff is found dead in his house. A tenacious intern discovers a single, ominous clue that suggests he died from something other than natural causes, and that a wide-ranging conspiracy is running beneath the surface of everyday events: powerful government figures are scheming to undermine the rule of law—and democracy itself. Allies are exposed as enemies, once-dependable authorities fall under suspicion, and no one seems to be who they say they are. The unthinkable is happening. The Deep State is real. Who will die to keep its secrets and who will kill to uncover the truth?

Chris Hauty was born in San Antonio, Texas, and is a graduate of Reed College. He began his professional writing career with “Don Coyote”, a contemporary interpretation of Cervantes’ “Don Quixote” with Jonathon Lynn attached to direct. Projects in the family film genre followed, including Disney’s “Homeward Bound: Lost In San Francisco”. To broaden and further define himself as a screenwriter, Hauty wrote the original screenplay, “Arena”, a dark, gladiator epic. Subsequent credits include “Moby Dick” at Dreamworks Animation, “Beautiful Killer” at Universal Pictures with Jessica Alba attached, “Land of Legend”, a Viking saga at Walden Media with Renny Harlin set to direct, “Vigilante” at Studio Canal with Ed Burns to star and direct, and “Colosseum” at Icon Pictures, with Mel Gibson to direct. He sold the pitch for “The Eternals”, a supernatural thriller set on a college campus, to CBS Films. Recent produced credits include “Never Back Down”, directed by Jeff Wadlow and starring Djimon Hounsou and “Sniper: Ghost Shooter” staring Billy Zane for Sony Pictures Entertainment. Hauty lives in Venice, California, with his feral cat and a Triumph motorcycle. Deep State is his first novel. Visit him at chrishauty.com and follow along on Instagram, Twitter at @ChrisHauty and on Facebook at @hautywriter.