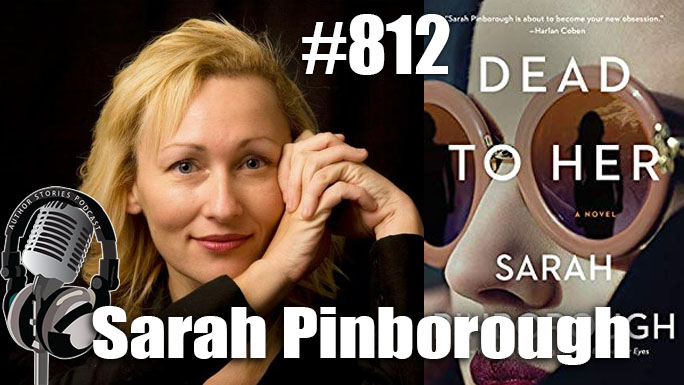 Today’s author interview guest is Sarah Pinborough, who returns to talk about her new book Dead To Her.

For fans of Liane Moriarty, Liv Constantine and Lisa Jewell, a twisty psychological thriller about a savvy second wife who will do almost anything to come out on top from the New York Times bestselling author of Behind Her Eyes.

Marriage can be murder…

Marcie’s affair with Jason Maddox catapulted her into the world of the elite.

Old money, old ties, old secrets. Marcie may have married into this world—

but she’ll never be part of it.

Then Jason’s boss brings back a new wife from his trip to London.

Young, attractive, reckless—nobody can take their eyes off Keisha.

SOMETHING YOU CAN NEVER, EVER UNDO…

Some people would kill for the life Marcie has—what will she do to keep it?

Sarah Pinborough is the author of more than twenty novels and novellas, including Behind Her Eyes, which was a New York Times and number-one Sunday Times bestseller; Sunday Times bestseller Cross Her Heart, The Death House, and the YA thriller 13 Minutes, and more than twenty novels and novellas. She has also written for the BBC. Behind Her Eyes is currently filming in London for a Netflix 6-part series from Left Bank Pictures (Outlander, The Crown, Wallander). Cross Her Heart is being developed by ITV, and 13 Minutes is being adapted by Josh Schwartz (Gossip Girl, The O.C.) for Netflix. Sarah lives in England.